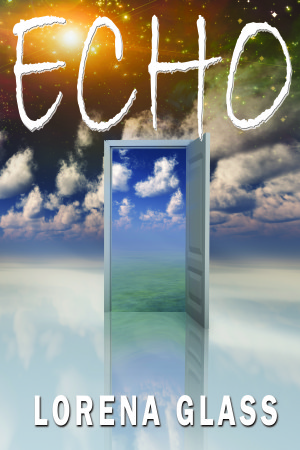 She didn’t remember the moment of her birth.

But she did remember—with perfect clarity—the moment of her rebirth.  She remembered every detail, to the finest point, of the moment she was reborn; an impossibility in an impossible world…

When the time traveler opened her eyes, she was standing on a beach, staring at the ocean.  The pure, clean smell of the salty air was strong, even though it was raining.

The girl didn’t run for cover (there was no cover in sight anyway).  She just closed her eyes and stood there, getting wet.  She stood there with her eyes closed, listening to the rain, feeling it soak her skin, for a long time.  She may have fallen asleep.  When the girl finally opened her eyes again, the rain had stopped.  Not that it mattered much, since she was soaking wet, in the middle of a vast, empty beach, staring at a vast, empty ocean.  And it was cold.

The time-traveler took a look around.  She was small-statured, petite; her face was wan and pale, but sprite-like.  This impression was reinforced by her unusual eyes: greenish-blue and large, almost too large for her face, with a curious luminosity in them.  Those eyes were haunted by desolation as she viewed her surroundings.  There wasn’t much to see.  It was some unknown coastal plain.  She was somewhere in the past—but where?  When the girl had decided—decided?  No. I didn’t decide.  I had no choice, none at all—to come here, she’d known only that it would be in a time long gone.  For all she knew, she was very far from civilization.  For all she knew, there wasn’t any.

But the girl didn’t really care about that, either.

She tried to be angry with herself.  Damn you, Karissa, you’d better care!  Can’t you f*cking remember WHY YOU CAME HERE?!

Of course Karissa remembered.  How could she forget that?  To find him.  Him.  To see him, to hear him, to touch him—alive.  And even now, after traveling all this way, it seemed an impossible dream.  He was dead.  Death was irrefutable, relentless.  He was dead.  And I’m insane, thinking I can resurrect him.

It had been a long time since the girl Karissa had cared about anything.  Or maybe it only seemed like a long time?  A long time since she’d felt any tingle of life within her.  Or even outside of her.  Karissa was soaking wet, and freezing, and would very likely die of exposure if she didn’t find shelter.  But instead of worrying about that, she looked up.  The sky was a slab of stone: grey, cold, and opaque; as if the sun had never broken through, and or ever could.

But it hardly mattered what Karissa did or didn’t feel.  This was where she was and this was where she’d stay.  And she wouldn’t allow herself to die.  She could’ve done that long ago—very easily—when he died.  But a cruel, implacable fact, and then a small ray of hope, had kept her from doing so. And then had brought her here.  To this strange land.

But Karissa could feel none of that hope now.  She didn’t know why.  She remembered feeling hope.  Hope that she’d find what it was she’d lost.

How long ago was that?

Long ago?  You really are a know-not.  Don t use that phrase anymore.  You re in the past now.  It is long ago!  That hasn’t even happened yet.  For some reason, that realization gave her a shred of comfort.  To be in a time where that had not happened yet.   Don t think of that anymore.  Forget about that.  Now you don’t have to pretend it didn’t happen.  Because it really hasn’t!  It seemed a small ray of sun was breaking through the stone sky. That was no longer a reality.  That, which had made her life, her world, and her own time unbearably hateful to her.

The twenty-first century isn’t your time anymore, so just forget about that, too.  This place might not be much, but it’s your home now.

And she wasn’t getting anything accomplished standing, freezing, and dripping here on this beach.

Karissa absently pushed her dampened auburn hair out of her face and began to walk across the wet sand, crossing her arms over the soaking brown cloak she was wearing, and heading toward whatever was beyond the coast of this land.  So far it was no different than any beach she’d ever seen.

She’d walked perhaps twenty minutes when she smelled smoke.  She walked another two minutes and heard voices.  Her hand went into her cloak pocket.  She’d known how imprudent it would be to bring anything from the twenty-first century with her, but she had brought two things for protection, imprudent or not.  After all, this was a primitive time, and she was a woman alone.  She’d also had to bring two other things, which she could never let anyone see.

Taking about a half a dozen more careful steps, she came upon a little camp.  A man and woman were sitting in what looked like a large tent, made clearly of sticks and animal skins.  The woman was sitting in the tent, and the man was piling wood on the sand, feeding the small fire he had going.

Karissa stood there looking at them for a long while, trying to muster up the courage to speak to them.  She wasn’t usually shy by nature, but she was a stranger here, in more ways than one.  The man was completely absorbed in building his fire.  The woman—his wife?—had her eyes closed.  Her lips were moving.  As Karissa stood trying to figure out if the woman was talking in her sleep or just plain schizo, the woman’s eyes suddenly opened and saw her.