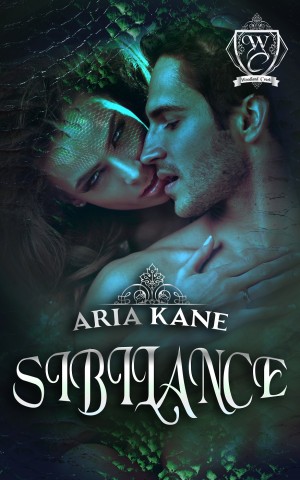 Plain metal shelves lined the walls of the adjoining room. A single always-on fluorescent square safety light lit the corner by another door that probably lead into a main hallway of the facility. The shelves held maintenance supplies, not medical ones. Uttering a few choice words, Sophia leaned against a shelf and scanned the dim room for a lab coat or anything she could cover her naked body with. Her head spun with every motion.

She heard a musical sound coming from somewhere and within a second, without any warning, the door to the hallway swung open. The musical sound — which she now realized had been a person whistling with remarkable skill — halted. A man who looked like a doctor on a soap opera stood still, spotlighted by the lone fluorescent. The usually unflattering light accentuated the angles of his cheekbones and strong jaw. His thick eyebrows and flop of dark hair cast deep shadows over his eyes.

He recovered first. “You’re hurt.” Compassion flooded his voice and creased his forehead, as he spoke with a very slight accent. Irish, maybe? He moved toward her with his arms held up, as one might approach a frightened animal.

Sophia slunk away from him, turning her body and covering her chest with his arms. Her eyes didn’t leave his face, but the movement had made her steps falter. She stumbled back until a shelf caught her.

“Ah, of course, sorry.” The Doctor removed the white coat from his shoulders with one swift movement and held it out to her, averting his eyes to the side. “I see naked women all the time, but I guess the reverse isn’t true.”

Sophia felt her eyes widen at the statement, but she snatched the coat from him and slipped into it. It was still warm from his body heat and smelled pleasantly of sandalwood and amber. She wrapped it tightly around her and hugged her arms to her aching stomach.