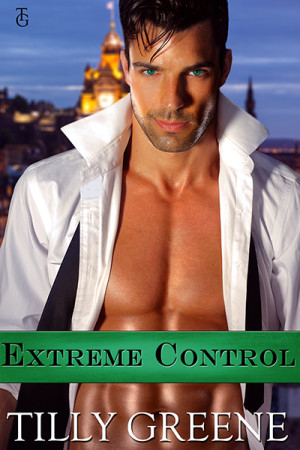 Finishing her shower, she donned a robe and went into the kitchen. She scrounged through the multitude of leftovers in the fridge and decided to reheat fried rice with a glass of white wine to drink. Tomorrow she was taking for herself and only going to the festival for the evening crowd. There was only so much polite talk about art one could do and she deserved time to recoup.

Watching the council meeting on the local cable station had always been a secret thrill for her. Small town politics was the best entertainment and free, but reading the police blotter in the Coastline newspaper, also free, offered more fun.

Lia had curled up on her elegant beige chenille covered couch. Eating and her enjoyment with local politics were suddenly interrupted by a loud thump on her door.

The artist enclave she lived in was a hive of activity twenty-four hours a day, but no one purposely disturbed a neighbor unless it was an emergency. They might disrupt the muse and the group knew doing it was a cardinal sin. The knocking on her door sent her dashing to see who it was, only to leave her stunned speechless.

Staring at her was a strong, gorgeous man leaning heavily on crutches and a tired smile. It was Kirk, the guy who’d callously broken her heart over the phone. Lia stared at him, her mind whirling a dozen different ways. She wasn’t sure she wanted to see him, only his sexy Scottish lilt was her weakness. Hurt was all she knew.

After a few long moments, she nodded and opened the door wider for him to come inside. She looked her fill as he moved to settle himself on the large winged chair. Before shutting the door, she noticed a posh car with a driver leaning against the hood waiting outside the main wall. Giving the man a small wave of acknowledgement, she shut the door and turned to face her unexpected guest.

“Would you like a glass of wine?” she asked, twisting a loosened lock of hair around her finger. Apparently falling back on old habits and the polite hostess took over.

Moving over to the space designated as the kitchen, she reached into the cupboard above the sink and removed a glass. There was a small shelf off to the side holding her wine and a single bottle of Knob Creek. She’d bought it back when she and Kirk had looked more like an item.

Funny how things work out, she reflected sadly. The visit to one of their homes happened after they were no longer together.

Walking back into the living room to stand beside the chair he’d taken, Lia held out the full glass for him. She took his crutches and propped them up against the wall, yet still within his reach. Good thing her place was small.

Not wanting to give him more power over her, she chose to sit again, exactly like she’d been before he knocked on her door. Making a show of covering her bare feet with a lovely silk-linen throw, she took in as much of him as she could from beneath her lowered lids. If not for the crutches, she wouldn’t know Kirk had been in a car accident at high speeds a month ago.

She continued to study him as he finished the drink and carefully put the empty glass down on the coffee table. He hadn’t said a word, but she watched as he looked around her small apartment. Curiosity had her wondering how he viewed her modest abode.

While he was occupied looking at her place, she couldn’t help but notice how good he looked. Skinnier and not as tan as usual wasn’t surprising considering the accident he’d had at a fast speed.

Sipping her wine, she watched as his gaze moved to hers and held steady. Soon he’d start speaking and she realized she could wait.

“I’m sorry.” He offered the right words to appear sincere, but they meant nothing to her heart. They were only words.