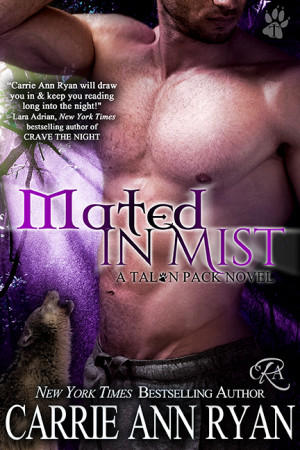 Ryder’s wolf pressed into him, needing Leah’s touch more than air. The man, however, knew better than that and refused to give in. Though the pain in Leah’s scent was palpable, he wasn’t about to do what his wolf wanted to do—claim her so they alone could care for her.

They sat in Walker’s living room since his home was attached to the clinic. They hadn’t called for the entire family to watch the footage, as they could easily watch at home, and there would be a meeting later to discuss it anyway. However, Brandon, Gideon, Brie, Walker, Leah and himself remained to watch the world change yet again.

Leah sat next to him, as his wolf wouldn’t let any other arrangement work. He’d tried to keep a respectable distance between them, but then Brandon had sat on the other side of Leah, and Ryder had not so subtlety pressed his leg into hers. The others had noticed, of course, but he’d noticed the way her shoulders had lowered at his touch.

Whatever was happening between them wasn’t one-sided, it seemed.

And that would only make things that much harder when the time came to do what must be done.