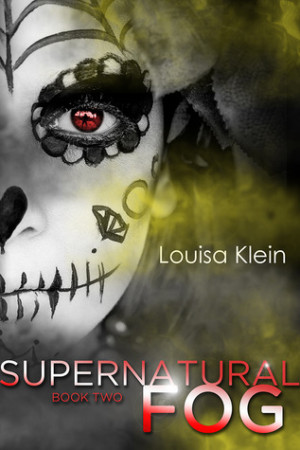 The demon is gigantic. Like, twenty feet tall. At least. It appears to be made of thick, white-hot volcanic rocks. Looks like a sort of evil Ben Grimm of the Fantastic Four. Only bigger. Much, much bigger. And it’s spitting lava and fire, of course. What fun would there be, if it wasn’t spitting lava?

“A little help here, Morgan?” I shout while dodging a jet of lava as big as the Pope’s car.

“No, it’s holy ground,” growls Morgan, aka the Abomination, flapping her crow-like wings while peering in at us through a broken window, her monstrous mouth twisted in a grimace. “If I touch that floor, I’ll burst into flames.”

I see her point. A church is holy ground. All Hallows by the Tower is the most haunted church in London, but still, holy ground! And, if it’s so sacred, then Demons shouldn’t be able to pop out of holy ground like daisies. Not if I could have my say about it. Me, Robyn Wise. But, I see I don’t have a say …

“Girl, may I remind you that you are the incarnation of the Rabbit?” I holler at my winged friend. “You know, the animal spirit … My ally?”

She says nothing. Grumpy, as always. I don’t know what she was like before being contaminated with elf blood then turned into a monster, but let’s just say that said accident did not improve her character.

I cannot believe the timing here! It’s been quiet and peaceful for the past month and then BANG! Fire demon in a church. Right after each and every member of my ‘team’ has left town.

“Faerben!” I shout, and my Arabic dagger Sikanda glows, conjuring a faerben — a sort of flying skateboard made of fairy light that I use in emergencies. I jump on it, shoot towards the demon, and cut its right hand with the dagger. The monster growls in pain, then regroups and throws five giant fireballs at me, which I dodge, thanks to my supernatural agility.

“Reverend, are you absolutely sure that it came out of the crypt?”

“Ab … Absolutely …” stutters Reverend Oliver Green, the terrified ghost of the priest of the once Catholic church.

“I was resting in my tomb … When there was this … Like, an earthquake and then … Fire … And I thought …”

“That God was finally sending you to Hell? I know!” I cut him off. “Our conscience is not that clear, is it, Reverend?”

“Did you see a portal opening? Feel a change in the magic fluxes?”

I jump left, cut a ball of lava in two, and throw a dart of fairy magic at the demon. But the demon barely flinches.

“Something is not right … This is not normal,” Morgan growls, showing a row of black fangs.

“Honey, nothing is ever normal when I’m involved, don’t you know that by now?” I snap back.

The demon has re-grown the hand that I severed, and is throwing balls of lava and infernal flames all around, setting the place on fire.

“Please, save my home!” the reverend moans, floating around helplessly.

“Easier said than done!” I shout back. I don’t even know how this thing got here in the first place, let alone how to destroy it. All I know is that I was patrolling with the Abomination during a calm, clear winter night when we spotted the smoke and felt the demon’s aura. The rest is history. And, soon, I will be history too, unless I do something …

“Look out!” the reverend screams as I dodge a block of marble falling from the ceiling. The heat is becoming unbearable.

“Morgan!” I shout, more than a little irritated. “Fly in, or no one will make it out.”

“Why should I care if you die?”

“Uh, because I’m your best ally against your beloved dark elf, remember? Get in here!”

“Fine, I will create a barrier! Fly in!” I roar, blocking a jet of lava with Sikanda’s energy.

Morgan breaks through the wall. I cast a protective spell around her, just in case she falls to the ground.

“This is an ancient demon, from the infernal abysses,” the Abomination growls, now fighting by my side. A long, black tentacle grows from her wrist and she starts using it as a whip against the monster. “It has a very powerful aura … Now that I’m closer I can say it for sure …”

“I’m so impressed by your deep analysis!” I say, cutting another lava ball in two. I mean, one doesn’t need to have the Rabbit’s super empathic powers, to understand that Evil Ben Grimm is a big shot. The fact that it’s walking on holy ground is a huge clue.