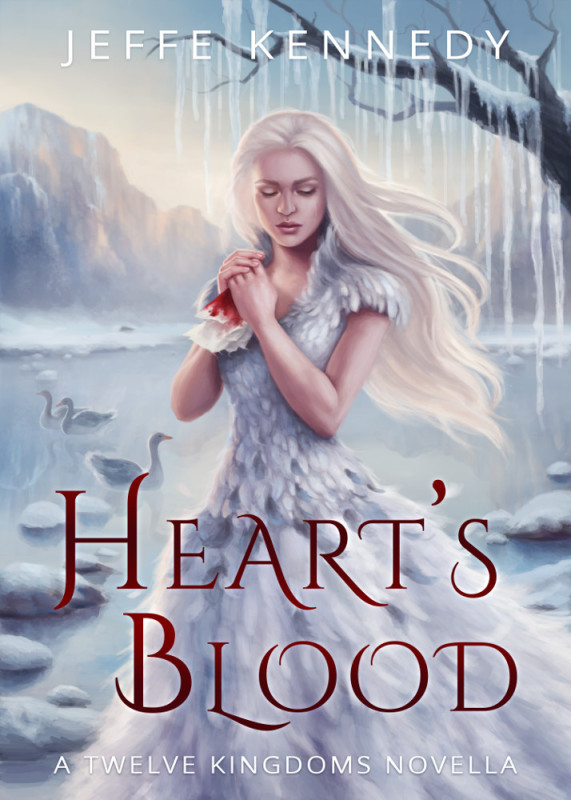 A dark fairytale retelling of a princess robbed of rank, husband and even her name.

Nix is nothing. The Princess Natilde—her former waiting woman—attacked her on the journey to wed Prince Cavan, stripping her of everything and taking her place. With no serving skills, Nix becomes a goose girl. Perhaps if Nix keeps her promise never to reveal who she really is, Natilde won’t carry out her vile threats. Prince Cavan entered his arranged marriage determined to have a congenial, if not loving relationship with his future queen—for the sake of both their kingdoms. But, his wife repels him more each day and he finds himself absurdly drawn to the lovely Nix.

With broken vows, anguish and dark secrets between them, Cavan and Nix struggle to find the magic to restore what’s gone terribly wrong… if it ever can be.

Originally published in the Dark Secrets anthology. Click for an excerpt!

Jeffe can be found online at her website: JeffeKennedy.com, every Sunday at the popular Word Whores blog, on Facebook, on Goodreads and pretty much constantly on Twitter @jeffekennedy. She is represented by Connor Goldsmith of Fuse Literary.