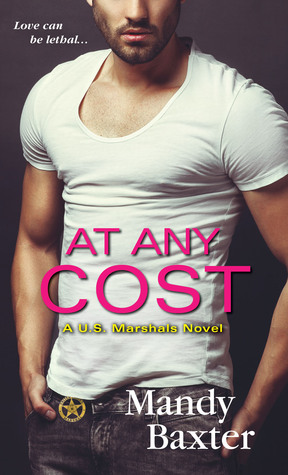 Deputy U.S. Marshal Nick Brady hasn’t even been on the job three months and he’s already being reprimanded. Although he’s doing his job, on the side he’s been working off the grid, capturing the bad guys – taking work from other Deputies. Because of his inability to follow orders, Nick earned a mandatory one month leave of absence. But instead of using that time to reflect on his mistakes, he decides to pursue a most-wanted case, using a lead no one else tried. He’s going after Joel Meecum, ex-pres/member of the Black Death MC. Nick believes Joel’s ex is living under an assumed name in McCall, Idaho.

Livy Gallagher has spent the last four years afraid for her life. Moving as necessary, changing her identity as often, she’s found some normalcy teaching ski lessons in McCall. But her life gets turned upside down when a sexy man moves into the rental unit across from hers. Livy needs to decide if she can trust this sexy stranger and allow herself the human companionship she so sorely misses.

At Any Cost is filled with intense action and sultry sex scenes. But unfortunately, I never really got into the story or connected with the characters. Nick is an arrogant jerk who thinks because he is good at catching the bad guys, the rules don’t apply to him. Now, I’m all for the self-assured alpha male who does what he pleases. And I love me some vigilante Captain America who goes against authority because he is just and noble. But Nick is none of these. He only cares about winning, with little regard for his fellow Marshals. Granted we find out later his motivation for his obsessive actions, but by then, it has little impact on my feelings toward the character. The biggest problem is he doesn’t seem to learn from his behavior, and the book doesn’t deal with the outfall from his actions. I just never liked Nick enough to enjoy his story or romance.

Livy, I mostly enjoyed. However her constant repetitive mantra that it is “better to be alone than dead” wore me down. Attracted to Nick from first sight, Livy felt a connection and trust that was borne out of loneliness, at least it seemed that way to me. Regardless, she decides to finally let her guard down and enjoy a human connection with Nick. And when it was just the two of them, enjoying their budding feelings and attraction, I really liked this book.

The story picked up speed for me after it shifted from focusing on the couple’s hooking up, to Meecum gaining ground on finding Livy. And I was glad that the pair made attempts to be honest and open with one another from the very beginning, even while keeping some secrets. Yet I was still disappointed in Nick for doing his job first when the pair were in bed together. He couldn’t just take that leap into love until after sticking his foot in his mouth just one more time.

In hindsight, I probably should have DNF’d this book. It’s just that I loved the previous book in the series and had high hopes for this one. But my initial dislike of Nick never really went away, serving only to color the rest of the story and keep my expectations low. I found that I looked for problems with the story after a while, rather than trying to just enjoy the moment. I honestly think most fans of romantic suspense stories will enjoy At Any Cost. Unfortunately, I never got past my initial issues with the book.

My Rating: C- Finished It – Liked some, didn’t like some

Fast, cunning, and driven, he’ll do whatever it takes to nail the most violent federal perps. But she is the one danger he’ll never see coming…

She can’t remember when she wasn’t afraid. She can’t go to the police. And “Olivia Gallagher” is only a day away from fleeing her Idaho wilderness life before biker gang leader Joel Meecum finally catches up with her. So keeping her rugged new neighbor at arm’s length is the only safe play. Until Livy can’t resist one last hungry chance to feel alive…

For U.S. Marshal Nick Brady, taking his vacation next door to Meecum’s ex-girlfriend seemed the smartest way to find him. But suddenly, nothing is making sense. How could this feisty, straight-talking brunette ever get mixed up with Meecum’s brutal crew? And why is he breaking his oath and getting so close that all he wants is to keep her safe? Now as the clock ticks, Nick and Livy’s only chance at escape may be the one they can’t survive…

2 responses to “Review: At Any Cost by Mandy Baxter”