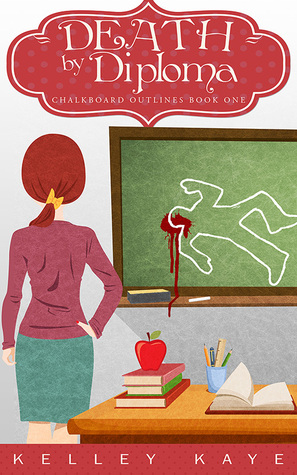 Please, please write me back.  Oh, I’m so worried these letters aren’t finding their way to you.  Our love deserves a chance to flourish.  I know you think so too.  You might want to give me one of your favorite quotes: “Don’t cry because it’s over, smile because it happened,” but you don’t really feel that way.  I don’t believe we’re over, not yet.

Never forget how much I love you–let the colors remind you.  Your Airborne Raquel Welch is thinking of you.

Melvin McManus ran his fingers over the letter again.  The paper was worn until almost transparent, and the care with which he folded it and inserted it back into its envelope made it seem as though he held a priceless jewel.  He picked up his silver flask and stared at it.  His left hand started to raise the flask to his lips, but then he flung it against the wall of the narrow room.  He stood.

Melvin closed the small hidden doorway and routed the pipe maze to get to the basement.  He stumbled through the basement door and lurched up the stairs, his bulky form weaving s if he weren’t sure of finding the next step.  Covering his mouth to muffle a hacking cough, Melvin stopped and listened.  He really shouldn’t be there after midnight–his shift only went from three to ten.  But sometimes the work took much longer than that, because he hoped the care he took with the building might help the students stop taking this important time in their lives for granted.  Many of them did take it for granted, though, and might end up like Melvin, navigating the world without any education or any real options.  Those students didn’t make any kind of connection between now and later.

He opened the door at the top of the stairs and continued through the gymnasium and into the hallway.  The brown tile on the commons floor gleamed, and he thought of Adam and when he’d found the poor kid splayed out on the now-shiny floor.  Melvin had been thrown out into the world so young, he’d never had to deal with schoolyard bullies as Adam had.  Poor kid.  Melvin ran a hand through his sparse gray hair, pondering.

As Melvin paced through the commons, steadying himself briefly against some lockers and again on a wall painted with a fierce-looking blue cat, he stopped to look at the sign above the main office: “Wildcats: Producing Proud and Productive Future Citizens.”  He’d seen that sign many times, but tonight, ti made him long to become, finally, the future citizen he wished to be.  He didn’t know how much longer he could stand the waiting, even with his helpful hideout in the basement.  He knew he was close, though–close to achieving his goal.  Edward had said as much last week, and the closer Melvin got, the less he drank and the better he felt.  He allowed the moment of anticipation to swell, forgot about the Wildcats sign, and almost ran back to the basement for the letters.

He sighed, an explosive whoosh that flattened his belly and whispered his nose hairs.  Almost there, almost there.  He looked at his hands, dirty and greasy from work but still strong.  He thought of those hands in his younger years, how she’d kissed each of his fingertips as if they were precious.  He remembered what those hands had felt like when they held her, and the dirt fell away like magic.

A muffled thump startled him out of his reverie.  Crap.  Melvin knew he was a little tipsy, not done with his work, and in the wrong part of the building to boot.  he walked nonchalantly in the other direction, but he heard the thump again, followed by a tinkling noise like breaking glass.  Damn.  Maybe he should look.  It could be a cat or other animal, and he’d hate to trap one in the school for the whole night.

He peeked through the windows of the main office and looked at the front desk, where the computer monitor flashed and he saw someone sitting.  Melvin checked his watch: half past midnight.  Oh, he hoped it wasn’t who he thought, but he had to check.  After unlocking the doors, he curved around the front counter to approach the left desk and stiffened when he saw who it was.

Melvin heard a whoosh followed by a crack, and he felt his body fall as it slammed hard onto the shiny brown tiles.