The Crown of the Queen (For Crown and Kingdom duology) 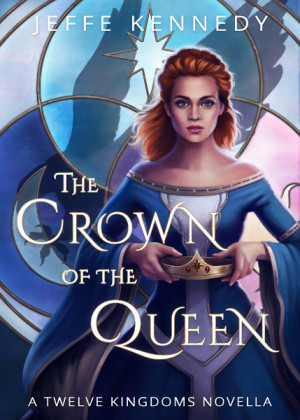 “She’s not the High Queen,” I said, feeling I needed to. Might as well practice before facing the dragon herself. They all stared at me with varying expressions of consternation and shock.

Anger, on Ami’s part. “Who else would you have?” she demanded.

“Nobody else, Queen Amelia.” I kept my tone mild. “The point is that she isn’t High Queen until she’s crowned. Nor is she Her Majesty. By calling her that, you’re all letting her get away with ducking what she needs to do. There are reasons for these protocols, not the least of which are legal ones. With no one officially sitting on the High Throne, there is no Twelve Kingdoms—only thirteen kingdoms ready to go their own ways again. I’m astounded none of the kings and queens have cited this as grounds to secede. There’s historical precedent for this. We’d have to go to war, conquer them all over again to get them back. I, of all people, am no lover of Uorsin’s methods, but he did create peace. It’s irresponsible of Ursula to risk setting us back this way.”

Ash shook his head, laughing in his rough, voiceless way. “Do you promise to repeat that speech to Ursula where I can listen?”

“I prefer to be out of striking distance, myself,” Harlan said, implacable, but his eyes gleamed with amusement.

Ash rubbed a hand up her back. “We all have our roles. You support her and Dafne can lay down the law. That’s why we need her here. Ursula will listen to her.”

I only hoped he was correct about that.

3 responses to “Sunday Snippet: The Crown of the Queen by Jeffe Kennedy from For Crown and Kingdom Duology”