Posted June 23, 2016 by Jen in Listen Up! Tags: Audiobook Challenge

Once again this year, I signed up for the annual Audiobook Challenge hosted by The Book Nympho and Hot Listens. My personal goal is to listen to 50 audiobooks, meeting the My Precious (I had my earbuds surgically implanted) level (30-50 audiobooks) during 2016. For more information about the 2016 Audiobook Challenge, click the image below.

While I’ve had some ups and downs in my listening habits so far this year, I’m right on track to meet my goal of 50 books. Here is a list of the books I’ve listened to so far this year. 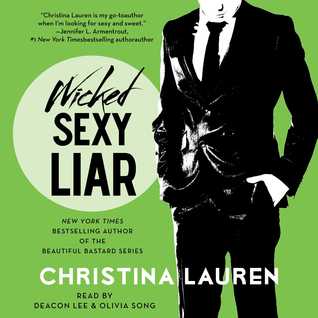 My favorite story that I listened to during so far in 2016 is Magic Breaks by Ilona Andrews. Although this was a “re-read” for me, having originally read the ebook a year ago, the story was equally as wonderful the second time around, and all the more powerful when performed by Renée Raudman. The emotion is put into every moment has me tearing up just thinking about it. Kate Daniels is my favorite series, and listening to it rekindled my love for the amazing series.

As you can see from my list, I actually listened to several Ilona Andrews titles in 2016. Some were new to me, and some were re-reads. Renée Raudman has become one of my favorite narrators.

Two other books worth mentioning are Wicked Sexy Liar by Christina Lauren, Narrated by Deacon Lee & Olivia Song and Fire Touched by Patricia Briggs, Narrated by Lorelei King. Both books received high marks from me, the former bringing to me a new author/series that I devoured, and the latter proved to me once again how much I love the Mercy Thompson series as read by Lorelei King.

My favorite narrative performance this quarter is goes to Renée Raudman, most specifically for Magic Breaks, but in general for all of her work on all the books I consumed so far this year. Ms. Raudman took me to new emotional highs and lows as she performed one of the most gripping, touching scenes in any book, as Kate deals with some massive bad juju in Magic Breaks.

What about you – how are you doing in the Audiobook Challenge? Do you like to listen? What are your favorites of 2016?