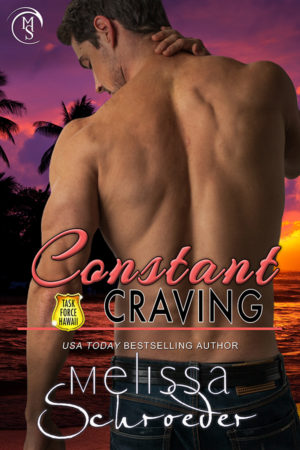 He stared at her a long second.  “As I pointed out, you asked me on a date first.”

“That you couldn’t take the initiative.”

Something flashed hot in his eyes. Those gray eyes were always cool, without any storms. But at the moment, he looked furious. His expression was calm, but his eyes…

“Is that a fact?” he asked, his voice dipped an octave and turned just a little lethal. The sound of it skimmed over her nerves.

As usual, she ignored his tone. When she was hurt, she could definitely wound back.  She nodded and leaned back in her chair. She tried her best to look relaxed. She would not let him know how upset she was.

“You didn’t really go after me, because it was all about the job.”

“That’s what you think?”

“If it was about the job, I would have had you in bed easily.”

Her stomach quivered at the way his voice had dipped deeper, adding an edge of danger to it. This was not the fun geek she had discussed the Marvel Universe with, and argued about the finer qualities of David Tennant. This was Agent Callahan. Cold. Calculating. Sexy.

“I highly doubt that.”

But even she heard the shaking in her voice. The smile curving his lips was not the flirty one she was used to. He looked as if he was the cat who ate the proverbial canary. He rose to his feet, all the while not breaking eye contact with her.

“Come on, Charity. You know better than that. You and I both know that you wanted it as much as I did.”

His voice had turned silky, seductive, but not anything she had heard before. This was a very dangerous man.

She shook her head and fought the urge to back up around the desk. He came around to stand in front of her, each step taken with a kind of lethal grace that she would have attributed to a panther. A predator.

He leaned down and placed his hands on the arms of her chair.

“I might have come here to investigate, but at least I have been honest about my feelings.” He leaned closer and she couldn’t move. She didn’t want to. The heat of him, the smell of his flesh…it was just as intoxicating as it had ever been.

He nuzzled her neck, and she felt the brush of his lips, then teeth and tongue. Heat flared hotter, her head started to spin. Damn, her nipples were hard against her bra.

She felt herself leaning closer, wanting the warmth of his body, needing to touch, to taste. She closed her eyes and did just that. She almost fell out of the chair, as he pulled away. She gained her balance and shot him a dirty look.

“What was that for?”

“To show you that I could have had you if I wanted to. But I held back.”

“Oh, well, that makes me like you even more.”

She rose to her feet. She couldn’t look at him because she was embarrassed to admit he was right. If he had wanted her Monday night, she wasn’t sure she would have refused. She didn’t jump in the sack with just anyone, but from the moment she had seen him, she had felt a connection.

Then she felt him behind her. The warmth against her body again. This time, the tender kisses on her neck seemed innocent, but they made her even hotter.

“Sorry,” he whispered against her neck. “I have a temper but I rarely lose it.”

“You call that losing your temper?”

Of course, he wasn’t trying to seduce her. It was still part of the job. Her shoulders sagged.

“Nothing. Just, give me some time this morning then we can talk this afternoon.”

He turned her around. “I will if you will tell me what is wrong.”

She looked up at him, then away. It was pathetic that she still wanted him, even though she knew what he did to her. “It’s nothing really. Just go back to work.”

“No.” He slipped a finger beneath her chin and urged her to look up at him again. “I want to know what is bothering you.”

“I’m never good if I am not working on an equal basis with a man. In a relationship I mean. I can’t seem to control myself around you, even after what you did to me.”

He shook his head. “Do you know the entire time I worked on the Foley case last time, I wasn’t found out? At least until the very end. I didn’t last a week with you. And from the moment I met you, I was trying to figure out a way to clear your name. You’re a good woman, Charity, that is part of the reason.”

“What’s the other part?” she asked when he didn’t continue.

“It took every bit of my control to leave your apartment Monday night. Hell, right now I’m trying to figure out if there is some available flat surface I can use to seduce you.”

She opened her mouth to respond, but snapped it shut. It took her a moment to compose herself. “You are not.”

He nodded. “I am.” He brushed his mouth against hers and felt it all the way to his toes. “I screwed up, but I will prove myself to you.”

“TJ.” She couldn’t think of anything else to say.

“I do plan on having you, Charity Edwards.”