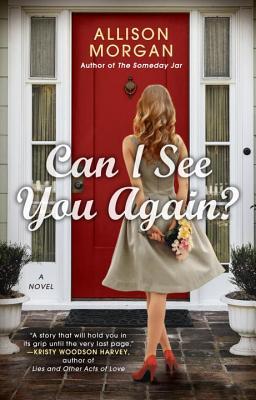 Can I See You Again?
Author: Allison Morgan
Reviewer: Nima
Rating: B-

Can I See You Again? is a good book, but it fell short of the potential to be more. Bree Caxton is a matchmaker based in La Jolla, California.  Her expertise is in reading body language and a wistful love of falling in love. I can identify.  This is why I like contemporary romance.  Bree is good at her job, so good that she has a 98% success rate.  Business is steady and she has a debut book ready to hit the stands.  Life is good.  Her boyfriend of four years, attorney Sean Thomas, is even going to propose—until he doesn’t.  In a Legally Blonde moment, Sean dumps her at their favorite restaurant.  It would appear that author Allison Morgan is inspired by popular movies as many more such moments creep into her writing.  Inspiration is fine, but her repetition of the Pretty Woman line “take care of you” was distracting for me.  There was even the save grandma’s house subplot right out of Happy Gilmore.  I found myself looking for similar comparisons instead of relaxing into what might have been a sweet and moving love story.

Morgan’s most grievous sin was the conscious choice to end nearly every chapter with a “moment,” a cliff-hanger of sorts.  It was jarring to me, like I kept running into locked doors with my arms full.  Unfortunately, there was little relief.  The next chapter, more often than not, began hours or days later.  If there was resolution, we didn’t get to experience it, only hear about it after-the-fact as Bree processed it.  How do you drop a major bomb on a character and not have the rest of that scene?

The other literary tactic that bothered me was just the opposite.  Rather than dropping bombs and holding back the explosion, Morgan just didn’t drop the bomb.  She repeatedly withheld significant information by interrupting dialog with some emergency in the same moment the words would have left a character’s mouth.  Writers of teen books often do this, and an adult writer should know better.  It didn’t build tension, it built annoyance.

My final grievance was the use of clichéd characters.  How many snappy dressing gay assistants are there out there?  Bree’s new love interest, Nixon, had the potential to be really interesting.  He was even surprising on occasion, but we had so little of him, it felt like he was a peripheral character rather than a main one.  I wanted to know him better.  He needed more substance. That was a missed opportunity.

Truthfully, a lesser author would have had harsher words from me, but Morgan also showed moments of brilliance.  There were original metaphors, appropriate pop-culture references, and wonderful descriptions where she crafted words and sentences into feelings and pictures I could see.  I loved how she described her elderly grandmother as a fragile sand dollar you collect along the shore.  I wanted the whole book to be like that.  Too much Hallmark movie and not enough major award winner. The final resolution is satisfactory.  Bottomline:  I liked it, but I had issues.  The issues weren’t so big that I wouldn’t read Morgan again, in fact, I hope to see more of the good stuff.

Matchmaker Bree Caxton has a 98% success rate, a book about to hit the stands, and an amazing boyfriend. Until, that is, he gets cold feet about their future and runs from their relationship.

Afraid no one will buy a book on love from a woman whose love life is a mess, Bree begs her one matchmaking failure, Nixon Voss, to pose as her boyfriend. But when they become a hit with readers, they must carry on their charade just a little longer. Fortunately, they’re both having fun…

But then Bree’s ex decides he wants her back and a newspaper presents a challenge that could expose the truth about her rocky love life. Now she must find the courage to embrace what is, or risk losing something much bigger than her reputation: her heart…

3 responses to “Review: Can I See You Again? by Allison Morgan”