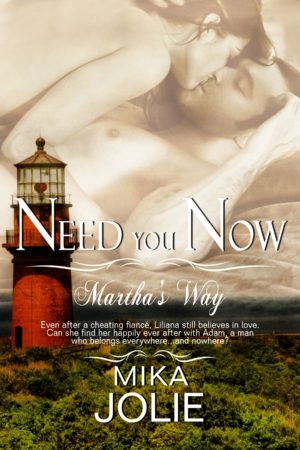 Loneliness, fear, the fact that she was about to walk away from the man she loved, all plagued her mind. He reached and grasped her hand, automatically their fingers entwined.

“You said things have changed.” His voice was low and raw.

A painful silence settled between them.

She met his gaze briefly and then looked away. “You race cars.” The words were spoken so softly, so out of the blue. She turned her attention to Adam. He sat, watching her, waiting. “It scares me.” She gave him a small smile, as surprised by this revelation as his expression said he was. “It’s dangerous.”

In the dimly lit room, she saw something flicker in his eyes. Annoyance. Anger. She wasn’t sure.

“Life is dangerous,” he responded. “You either live it or let the unknown cripple you. I chose to live.”

“But you could die. Look what happened to Sean Edwards, Allan Simonsen.” She named a few race car drivers who’d died recently.

He leaned forward, his elbows on the table. “Everyone dies, Lily.” There was emptiness in his voice she’d never noticed before. As if he were numb. “I live for now.”

She shook her head. “I need more, Adam. I need stability and tame.”

“You’re not tame,” she said sadly. “You can never be tamed.”

He brushed a hand over his jaw and let out a breath. “You want boring.”

He pushed his chair back, came to his full height and extended his hand to her. Puzzled, she looked at him. “I’ll walk you out.”

With a slight lip press, she absorbed the unexpected shock of disappointment and lowered her head to keep it from reflecting on her face. What did she expect? For him to fight for them, or even worse, try to convince her to stay.

“I want you, Liliana,” Adam admitted, his voice very quiet. “When I touch you, I melt. When I think of you touching me, I lose myself.”

Life needed to go easy on her. It just wasn’t right for him to tell her things like that. To utter words as if she were the love of his life while he was breaking her heart.

“But I don’t fit the mold of your ideal guy. I can never be that person.”

There was a hint of regret in his voice that pulled at her heart. Lily glanced at him, his expression clouded. When she didn’t place her hand in his, he dropped his extended hand to his side and waited for her to join him.

This is it, she thought and stood. The end. No more Adam. No more secret smiles or early morning phone calls. She walked ahead of him, heading for the exit. Her heart beat a slow ache in her chest. She stumbled, almost tripping down the stairs. She quickly reached for the wall to catch her balance but he was already by her side, strong arms around her waist. Their faces inches away.

“Don’t fall,” he whispered. His gaze on her mouth.

The warning came too late. She already had.

Then he was kissing her, deep and hard. Lily’s arms instantly moved to his neck. Warm, soft lips matched hers. Her body ached all over, her head spun, and she forgot all about why Adam wasn’t the one. When he pulled back, he lingered, clearly not wanting to stop. The band had arrived and was singing a great cover of Ain’t No Sunshine by Bill Withers. Dazed, she remained still.

He released her. With clenched jaw, he ran a hand through his hair. “I’ll see you around.” He walked past her and opened the door for her to leave. 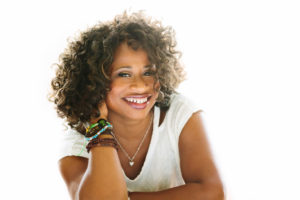 Mika Jolie is the bestselling author of the Martha’s Way series. She lives in New Jersey with her Happy Chaos—her husband and their energizer bunnies. A sports fanatic and a wine aficionado, she’s determined to balance it all and still write about life experiences and matters of the heart. Let’s face it, people are complicated and love can be messy. When she’s not weaving life and romance into evocative tales, you can find her on a hiking adventure, apple picking, or whatever her three men can conjure up.  She loves to hear from readers.

2 responses to “Sunday Snippet: Need You Now by Mika Jolie”