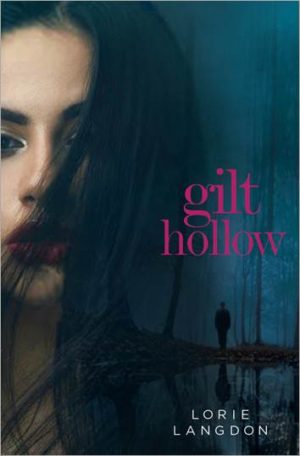 Grabbing Ashton’s hand, Willow tugged him through the door, shut it behind her, and led him to the farthest corner of the dim living room. A rush of electricity traveled up her arm and flared in her belly as she registered that his strong, warm fingers had closed over hers. She stopped in front of the empty hearth and yanked her hand away, spinning to face him.

Ashton’s closed lips quirked up on one side, but the expression didn’t reach his eyes. “I had no idea you’d be so happy to see me.”

“Lower your voice,” Willow hissed as she glanced at the ceiling and then back to him. But she had to readjust the angle of her gaze to account for his height. How had he gotten so . . . large? She’d grown maybe an inch or two, but it was like he’d doubled in size in four years.

“Like I said,” he continued in his deep rumble, “I came to talk to your mom.”

“Well, she doesn’t want to talk to you.” Ashton’s jaw flexed and Willow bit her lip, wishing she could take back the tone of her words. What was it about him that brought out this thoughtless aggression? “I mean . . . um . . .”

Ashton pushed out a sigh, strode past her to the mini bar, and drew a glass of water from the faucet. Willow watched him, how comfortable he seemed, like he belonged in this rambling old mansion. Because he did. He’d been born into a life of wealth and privilege that she could only imagine. The Kellers had been like Gilt Hollow royalty—until that fateful night when one boy’s actions toppled them from their pedestal with a resounding crash.

After downing a second glass, he turned and leaned against the granite counter, crossing his arms and ankles in front of him. “I have a parole officer visit tomorrow, and it would be best if I’m not homeless. I’m trying to do the right thing by asking for your mom’s permission to stay here . . . just for a few days.”

“That’s going to be difficult since she kind of forbade me to see you.” Willow slumped into one of the leather chairs by the hearth.

“Why?” His brows shot up, and then he pinched the bridge of his nose and shook his head. “Never mind.”

“Did you already give him this address? Your parole officer, I mean.”

“I kind of thought this was my house.” Ashton dropped his hand, crossing his arms again. “So, yeah.”

His words dripped sarcasm, but Willow pushed down her defensiveness. She couldn’t imagine what it must be like to come back after four years and have your old life completely changed. Your family gone. Turning to face him, she whispered, “What about your parents?”

Shadows obscured one side of Ashton’s face, giving him a haunted look. When he spoke, his voice was void of emotion. “I haven’t seen them since my sentencing.”

Willow clutched the arms of the chair as something cracked in her chest, a heartrending pain for the boy she’d once adored. She’d known that his parents had their faults, but how could they abandon him when he needed them most?

Outside the window, fireflies sparked and plunged through the purple dusk, and Willow’s stomach swooped along with them. She’d been a rule follower her entire life. Structure and order were her greatest comfort. After the fight with her mom, she’d spent the whole evening organizing her clothes by season, frequency of wear, and color. It calmed her, gave her a sense of control. But in this one rare moment, none of that mattered. She knew what she had to do. “What time is the appointment?”

“Tomorrow’s Thursday . . .” Willow nibbled on her thumbnail, thinking through ways she could get her mother out of the house. Then she remembered St. Vincent’s soup kitchen, where they volunteered twice a month. Surely her mom wouldn’t object to the suggestion that they were short on help. She lowered her hand and stood to face him. “I can give you an hour and a half . . . maybe a little more.”

The monotonous tick of the antique clock on the mantel filled the silence as Ashton stared at her, unmoving. Time seemed to reverse and they were once again connected, their friendship the biggest thing in their world.

Ashton unfolded his arms and pushed off the counter. He walked toward her, his heavy-lidded eyes searching her face. “Willow, I—”

Sharp footsteps echoed above their heads, cutting off his words as they both stared at the ceiling. “That’s my mom,” Willow hissed. “Take the back stairs.”

He took a step closer and touched her shoulder, the pressure of his hand warming her all the way to her fingertips. “Thank you.”

A creak sounded on the stairs, and Willow pushed him away. “Go!”

He shot her a grin—a real one that lit his eyes like a sky full of stars, then turned on his heel and slipped into the dark.