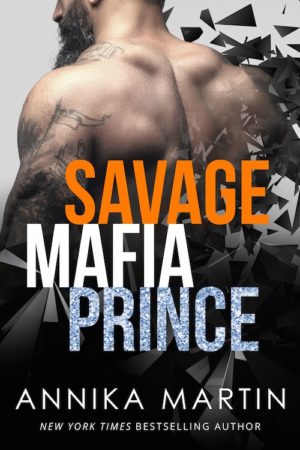 This is from Chapter 1: the heroine is a reporter who is an undercover reporter investigating a drug ring at an institute for the criminally insane. This is her first day on the “job”…

“They’re ready for 34,” says Donny, creepy king of the orderlies.

He doesn’t get a name? I grab the cart and push it down the hall to where three orderlies are assembled, talking in low tones. They all have stun guns.

“We go three on standby for hellbeast,” Donny says, looking at me a little too hard. He’s the kind of guy who’s always up to something and who therefore can sense when you’re up to something.

I ratchet him up from problem to definite danger. And I see how things will play out, like a perfect storm—dangerously lechy Donny sensing a chink in my armor, Zara’s antagonism toward me, the indifference of the few other staff members I’ve met, the fact I’m on probation and, worse, not who I say I am.

I thought I was ready.

Donny unhelpfully guides me in, hand at the small of my back, except a little too low. I stop and spin. “I got it.”

He puts his hands up, like I’m being unduly aggressive.

I turn and push the cart into the tiny room. The door clicks shut, closing us all in.

“We got it,” Zara says. She doesn’t want him in here, either. Donny just stares at her with his scary, frontally placed eyes.

Screw it all, I think. And I turn to the patient.

And the breath goes out of me.

Patient 34 has a violent halo of dark curls and a short, unruly beard. Sooty lashes line his amber eyes. His energy is…intense, wild, like he was created in some brilliant hellfire. Something about him pulls at me. He’s gorgeous in a furious way. He’s gorgeous in a stunning, suck-you-in-and-spit-you-out way.

The highest level of restraint is typically a four-point restraint, but Patient 34 is in more like eight points, arms to waist, waist to bed, wrists to bed, ankles to bed, neck to bed.

He stares at a fixed point on the ceiling like the other B-52 patients, gaze blank, but he feels utterly different to me. He feels truly alive.

I look up to find Zara watching me sternly, like she caught me doing something wrong. Did I stare at Patient 34 too long?

I lower my face shield and take my place next to his bedside, ready to take his vitals, though I have half a mind to look around for a camera crew, like this is one of those elaborate joke shows where they play tricks and see what people do. He’s just…not at all like the others.

According to 34’s chart, he’s on B-52 plus a few muscle relaxants and something extra I don’t recognize. Enough medication to take down an elephant.

I wrap the BP cuff around his shockingly muscular arm. Shocking, because this is the kind of guy who’ll be unhitched from that bed exactly twice a day—to use the restroom and eat. And he’s so heavily sedated. When and how is he working out? And what did he do to get himself this level of restraint?

I scroll to the history section of his chart. Blank. I really want to know what he did to get in here. There’s no age, though I’d put him younger than me—twenty or twenty-one. I can’t even find his goals program chart. “Where’s his goals?”

Donny returns his attention to his iPhone.

This guy—so heavily sedated and restrained with a man like Donny hating on him. How does he endure it? I lay a hand on his arm and feel the warmth of him through my latex glove.

“Escape artist,” Zara mumbles, not looking up from her phone. The people working on the wing aren’t supposed to have their phones, but they all do. They know how to avoid the cameras when they’re on them.

“What’s his escape technique?” I ask. “Does he turn into The Incredible Hulk?”

Neither of them responds. Well, I thought it was funny.

I slip the cuff around 34’s arm, rest my gloved hand on his forearm, and start pumping it.

I glance at his face again.

And the world stops.

Because 34 is there—really there. He’s watching me with intelligence, lips quirked like he thought my Hulk comment was funny.

“He doesn’t know what you’re saying,” Zara snaps from the corner, like I’m this huge idiot. “He’s not going to answer. Read his chart.”

I read the freaking chart, I think at her. Why don’t you look at his freaking face? But when I look back down, 34’s eyes are blank again, and the shadow of a smile is gone. Was I hallucinating? “It seemed like he was there for a second.”

I look back down. Patient 34’s gaze is fixed on the ceiling. Back to being a heavily sedated lion.