Celebrating her new release Don’t Open Until Christmas, Abigail Owen is at the blog today with her heroine Ashley Hughes, who is sharing her favorite Christmas dessert…

Ashley Hughes is heading home for the holidays. While she’s not too happy about the trip, she is excited to have her favorite Christmas dessert. A recipe passed down through the generations of her family. Easy to make, and way too easy to eat, given the calorie count. But worth every scrumptious bite! 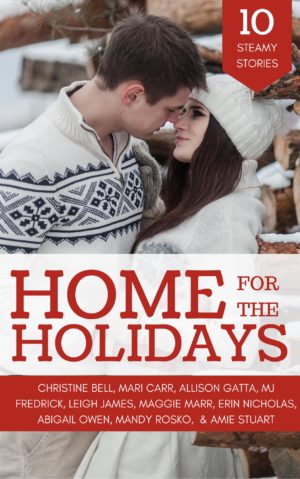 Ashley Hughes would love to cancel Christmas this year. Her holiday plans involve a wedding–her twin sister to her ex-boyfriend. To add to the holiday cheer, the big event is being held in the small Texas town where they all grew up together.

Then rumor links her romantically with her high school tormentor, Ryan McAdams–when what she’d prefer to do is deck his halls–and things get complicated. But the more time they spend together, the more Ashley finds herself wishing Ryan was her present waiting under the tree Christmas morning.

Don’t Open Until Christmas is 1 of 10 fantastic  novellas in the multi-author contemporary romance anthology, HOME FOR THE HOLIDAYS!

Ten New York Times, USA Today, and International bestsellers have teamed up to bring a little heat to the winter holidays. Billionaires, Brother’s Best Friends, and Old Boyfriends abound in this treasure trove of contemporary romance tales, and whether these couples are snowbound or spending the holiday in the sun, there’s one thing they all agree on–there’s no place like home for the holidays.

“Ashley Hughes?” a female voice squealed from her right.

Let the bullshit begin. “Mandy Walker!” Ashley could do the bubbly girl thing when required. “It’s been ages. How are you?”

The blonde valedictorian of their senior class held up her left hand sporting an obnoxiously large diamond. “Married.”

“Let me guess? Jason Hubbard?” The two had been high school sweethearts, so figuring that one out didn’t exactly require a PhD.

Mandy laughed. “Who else?”

“You look fantastic. Marriage must agree with you.”

“You look great too.” Mandy sobered and Ashley braced herself for what she suspected was coming. “Although I expected this to be your bachelorette party.” A concerned light dulled Mandy’s green eyes and her pouty pink lips turned down. “How are you handling Taylor marrying Eric?”

Ashley pretended not to notice the downshift in mood. “I’m thrilled for them. They make each other happy.” Both true statements. Problem was no one seemed inclined to believe her about the first bit. 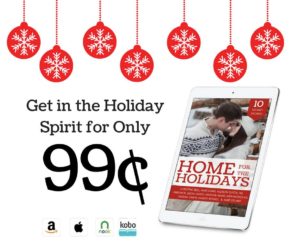 Mandy, sweet but not the brightest bulb in the box with social cues, didn’t take the hint. “But you must be disappointed. Everyone expected you and Eric to marry. When they announced their engagement last summer, it was such a shock.”

To everyone except Ashley. Granted, the engagement happened faster than she anticipated, but she’d known. “Oh, things were over between me and Eric before then.”

Ashley idly wondered if a bullhorn might get the message through. But, while the mental image of blowing back Mandy’s over-teased hairdo with the sound filled her with wicked humor, Ashley decided against it. Where would she find a bullhorn in a bar anyway? Besides, a long time ago, she’d come to the conclusion that the louder you defended yourself against small-town gossip, the more people talked.

Luckily, Bud chose that moment to hand her an ice-cold glass of beer. She tipped it toward the other woman. “See you around, Mandy.”

She spun around and smacked into a wall of muscle, her beer sloshing all over her hand.

“Sorry.” Ashley stumbled back, shook off her hand, and checked her outfit hadn’t suffered any damage. Satisfied she’d survived, she directed her gaze up, way up, into amused brown eyes bracketed by laugh lines.

“Oh, no. Not you,” she groaned. Apparently, Lady Luck, that fickle bitch, had completely abandoned her tonight.

She could deal with the stares and pretend sympathy from nearly everyone else, but not from Ryan McAdams.

If anything, his grin grew. “Nice to see you too, Hughes.”

“It’s Ashley.” Not that he ever listened before. He’d called her by her last name for ten years. Ever since they were fifteen. She waved her free hand as if shooing away an annoying fly. “Why don’t you go away.”

“How about a dance?”

“Did someone drop you as a baby?”

Okay. Low blow. She knew his dad had done that and still felt awful about it.

To her consternation he ignored her and plucked the beer out of her hand to set it on the bar. “Watch this for her, Bud?”

The bartender gave him that head nod guys used. “You got it, Ryan.”

Ignoring her grumble of protest, Ryan grabbed her hand and led her to the dance floor. A slow two-step started, and he pulled her into his arms.

Nope. Nope. Nope. I am not slow dancing with Ryan McAdams. She pulled back. “Let’s wait for the next song.” 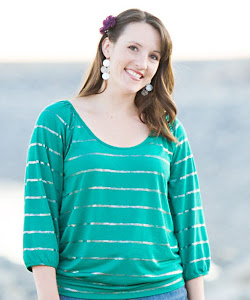 Award-winning paranormal and contemporary romance author, Abigail Owen was born in Greeley, Colorado, and resides in Austin, Texas, with her husband and two adorable children who are the center of her universe.

Abigail grew up consuming books and exploring the world through her writing. A fourth generation graduate of Texas A&M University, she attempted to find a practical career related to her favorite pastime by earning a degree in English Rhetoric (Technical Writing). However, she swiftly discovered that writing without imagination is not nearly as fun as writing with it.