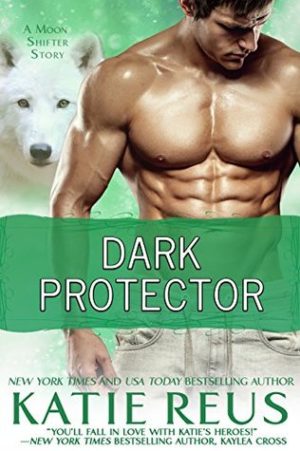 After seeing the connection between Aldric and Natalia in the previous novel, Hunter Reborn, Gikany and Una eagerly anticipated seeing their courtship and conclusion.  Overall we liked this last full novel in the Moon Shifter series.

We have to admit, Aldric is a stubborn, overbearing Alpha male.  He stupidly walked away from Natalia, breaking her heart.  However, he redeems himself by: 1) knowing he was an idiot for walking away, 2) apologizing for being said idiot, and 3) working to prove through his actions not only his remorse at hurting Natalia, but winning her back.  We understood that he was previously mated, and that Aldric needed the time to work thorough his feelings and see how his previous mate is different from Natalia.  What makes this work is that he communicates this (finally) to Natalia once he proves himself.

We loved Natalia.  She is a strong and intelligent woman.  Her determination to not simply give in and forgive Aldric is awesome.  She makes him work for it…as he needs to.  Just as she needs to not compromise her heart, letting Aldric not only prove to her, but himself what she means to him.  Their journey is both passionate and honest.  We liked how they slowly figured it out despite the demands of the mating instinct.

The mystery of the kidnapper was intriguing.  Although for once in the series we were given very little of the adversary’s point of view, it might have been more intriguing to have their identity know.  As Natalia and Aldric investigated, we would have been more attentive as the investigation narrowed down the suspects.  Although it was a bit surprising who the culprit is, we were a bit disappointed that the background of the nemesis’s motive was not fully realized.  We were not truly given the how or the why, which left us a bit frustrated.

We have liked this series and are a little sad that this was the last full novel, though we are eager to read the final novella that comes out in a few weeks.  Dark Protector was a passionate and fulfilling romantic journey for Aldric and Natalia.

He walked away once; he won’t do it again.

Wolf shifter Aldric Kazan is no stranger to pain. Since the loss of his mate a century ago, he won’t allow himself to fall for someone again—not even the feisty female who stirs things in him that he thought were gone long ago. But as a supernatural investigator, he’s forced to team up with the same woman he vowed to stay away from.

She let him in once; she refuses to do it again.

Natalia Cordona refuses to back down from any challenge—even if it means joining forces with Aldric, the sexy and brooding man who won’t get too close. Locating missing vampires before a volatile war breaks out seems nearly impossible as the duo struggle with their explosive and undeniable attraction. Now it’s up to Natalia and Aldric to trust each other to stop an all-out war from breaking out that would destroy the harmony they’ve all worked so hard for.