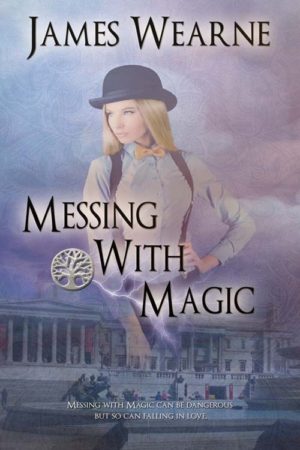 Ordering two glasses of the house Chablis, we took our drinks to the table where Tablet was sitting. Andy had to duck to avoid hitting his head on the low roof. Tablet saw us, and his lip curled up on one side.

“Andy. Why you bringing the cozzers?” Tablet raised his portly frame, half out of his seat, and then plopped back down, when he realized any attempt to leave would have to involve squirming around us both.

I wondered why criminals recognized me as the law, but no one else had a clue. It wasn’t fair. I constantly had to flash my ID to get a modicum of respect, but the moment someone from the shady side spotted me, they instantly guessed my profession.

Andy grabbed a chair, spun it around, and straddled it to face Tablet, and placed his wine upon the table. “Relax Tablet. This is Lynx. She isn’t here to arrest you.”

“I’m not scared of her, you idiot!” Tablet gave me a desultory glance up and down. “I’m scared to be seen talking to the Law. Half my business would walk out on me if they thought I played both sides.”

Andy pointed one finger at Tablet. “Listen you fat muppet, forget about her. I got gypped on the Gallery job, and I want some answers.”

Tablet shook his head. “No you don’t.”

Tablet pointedly took a big swig of wine and swished it around his mouth. He narrowed his eyes at Andy. “No. You. Don’t. That’s one big can of worms that you’d be better off leaving well alone.”

“I need that money. Who set up the job?”

Tablet leant back against the wall, tipping back on the legs of his chair. “I like you too much to tell you, so sod off.”

I hung back, but with Andy getting nowhere, I put one foot on the edge of the table and kicked out with my new leather boot, pinning Tablet between the wall and the table. The wine spilled and red rivers washed down the table, staining Tablet’s lavender shirt, before the goblets smashed on the floor. Tablet tried to push back with his arms but couldn’t find any purchase. He comically tried windmilling his arms before giving up to glare angrily at me and protested, “Hey. No need to get physical, young lady.”

I could see the barman looking in our direction, so I produced my badge. He nodded and went back to cleaning the bar with a rag. Turning my attention back to Tablet, I said, “You know Tablet, you’re exactly right. There is no need to get physical.”

He looked at me suspiciously.

I reached into the top left outside pocket of my denim jacket and pulled out a small crystal blue bottle. I sniffed it, replaced the cap, and nodded sagely to myself.

“What’s that?” Tablet’s eyebrows pulled together, and if his head weren’t already against the wall, he would have leant further back.

“Something my aunt taught me how to make. Well, I say aunt, but really she is my great, great aunt. She’s an old school witch, you see. After my parents died, I lived with her out on the moors of Devon. I learned a lot. Anyway, she told me to use this little potion on men who weren’t courteous.” I shook the bottle in my hand. “Now you do want to be courteous and answer my questions, don’t you, Tablet?”

I saw his mind working overtime. People always expect the worst from witches—it’s a cultural bias.

He looked at Andy. “Are you going to let her threaten me?”

Andy showed Tablet his cuffed wrists, which he had been hiding under his blazer. I shoved hard with my boot and waved the little bottle in Tablet’s face.

“Andy isn’t in any position to tell me what I am allowed or not allowed to do.”

Tablet looked around the bar. Many were watching, but no one was moving to interfere. I think they were more interested in my bottom rounding out the black leather, than what actually happened to Tablet. I un-corked the bottle and started to count, “One, two

“Ok. You win. Put that away. We can be civilized here.” Tablet almost yelled the words.

I removed my boot from the table and put the bottle of harmless perfume back in my pocket. “The word is courteous.”

Andy asked again, “So who gave you the job?”

Tablet righted his chair, sopped at the wine that had spilled with a napkin, put his elbows on the table, and leant closer. He said in a hushed tone, “I was contacted by a Director of Indra Corp and—”

He didn’t get to finish his sentence. A bolt of red energy streamed across the bar to strike him in the chest and slam him against the wall. I felt it sizzle past my arm and was worried I would blister from the heat. A sound like a jet engine roared through the bar. A wind blew out all the candles and smashed all the lights, plunging us into instant darkness.

I grabbed Andy and threw up a shield, just as two more bolts of energy were flung in our direction. I carried Andy to the floor. My shield held, but each bolt felt like I was being hit in the face with a frying pan. Patrons fled. The lights of their mobile phones waving everywhere in their haste. I crawled to Tablet and felt for a pulse on his wrist.

There was nothing. Damn. I felt for his eyes and closed them. Another bolt came out of the darkness and smashed into my shield. I couldn’t hold it for much longer. Whoever was attacking us was much stronger than I was. They also stood between us and the door.

Andy whispered in my ear, “Let me out of these cuffs.”

Another bolt smashed into my shield. Through gritted teeth, I replied, “No way.”

The 21st century has arrived, yet wizardry lurks in the musty libraries of the past. LYNX, a new agent for Supernatural Intelligence, believes the time has come to throw away the robes and rituals and revolutionize magic. Her colleagues are old school and don’t trust her. However, when a break-in occurs at the National Gallery of London, she has a chance to show what she can do. What she does not count on is having to baby sit Andy the thief or having her best friend killed and accused of treason. As she tries to prove his innocence, and pay off a debt the thief owes to dangerous, paranormal money-lenders, she finds herself falling in love with the handsome Andy. Out-gunned and out-powered, she has to fight to stay alive in order to find out if her love is real or if messing with magic will be her downfall.