Please welcome Tiffany Shand back to That’s What I’m Talking About. She’s here celebrating the release of her Amaranthine Chronicles Boxed Set with a special Valentine’s Day treat.

Kaylan landed on the bridge. Elijah’s message had been urgent. She scanned the rest of the bridge but there was no sign of anything. No drone of transpos, no sign of any golden eyes shifters stalking about.

She let out a breath, sheathed her knives and brushed her long red hair off her face. It’d been a long night already.

Elijah, where are you? she asked in thought.

Strange, she couldn’t sense him. Her heart started to be faster. What if he couldn’t hear her? What if one of the shifters had – no, she wouldn’t think about that.

You’ll have to come and find me, he called back.

Elijah, now is not the night to play games, she warned. Come on, I just want to go home.

Not that they had a real home right now.

Kaylan cost her senses out but didn’t detect anything.

He had to be somewhere.

She swooped down, using her flying ability to land on the road. Something blew across the tarmac. She thought it was leaves but there were no trees on the great bridge.

Kaylan looked up and saw whatever it was had fallen from the sky.

Drawing her knife again and preparing for a possible attack, she bent down and saw it was petals. Rose petals.

She looked up and saw a silhouette standing on the pillar above.

Elijah. She had no that’s strong muscular body anywhere.

Kicking off the ground, she floated up to him.

He grinned when he saw her. His short curly brown hair was slicked back and he wore a black shirt and jeans.

A blanket was spread across the pillar with a bottle of wine and some sandwiches.

“What are you doing?” Kaylan asked. “I thought you were in trouble!”

Quick kiss. “I wanted it to be a surprise. Happy Valentine’s Day. I know it’s not much but…”

“It’s everything.” She wrapped her arms around his neck and kissed him again. 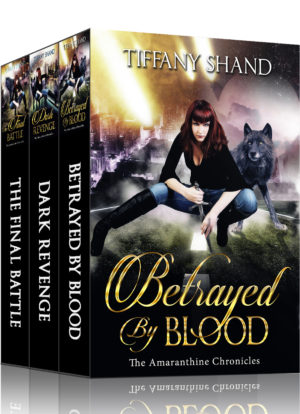 In a city of lies and deception, only one thing stands between chaos and justice. For centuries, a band of outlaws called the Amaranthine has kept the peace in Ormere and hidden in plain sight whilst the Order of Sorcerers spreads their deadly magic among the city’s inhabitants.

After losing her fiancé in bust gone wrong, Amaranthine Agent Kaylan Avilion returns home to discover that Elijah didn’t die but instead was changed by the twisted guards of the Order, who seek to find a dangerous artefact tied to Kaylan’s past and the murder of her family. When her sister goes missing and a foe from their past remerges, Kaylan knows she must save Freya before she’s poisoned by the very people who took Elijah away from her. But how will Kaylan react when she learns Elijah’s secret and can they come together to stop the Order’s plan in time?

Darkness is sweeping through the city of Ormere as unnatural creatures stalk through the streets. People are dying and time is running out as a new evil threatens to take control of everything. The Amaranthine Order has been decimated leaving only a few of its people left to fight the coming terror.

Stunned by her sister Freya’s betrayal and plot to take over the city, Kaylan must do everything she can to find out what Freya plans to do when she finds an infamous book linked to the murder of their family. A book considered so dangerous that the last High Lord erased its location from history, the Amaranthine Chronicles are said to contain the darkest of all magics.

Kaylan is happy to finally have her ex-fiancé, Elijah, back in her life but he’s not the man she once knew and loved. After being turned into a shapeshifter, Elijah struggles to control his inner beast and his lingering feelings for Kaylan.

Can Elijah and Kaylan come together to stop Freya and uncover the secrets of the book before it’s too late?

Darkness has claimed the city of Ormere and death has become a certainty for anyone stalking its empty streets. The government is in ruins and lawlessness ensues.

After their last encounter, Kaylan and Elijah barely managed to thwart her sister, Freya’s, latest attempts to find and use the elusive Amaranthine Chronicles. But in her desperation to receive ultimate power, Freya will stop at nothing to get what she wants. Even if it means destroying the last of her family.

Kaylan and Elijah must work on their fragile relationship and put their personal feelings aside to find the book and stop Freya before it’s too late. But with their allies growing thin, and a gang of ruthless shapeshifters close on their trail, will they finally find the book and stop Freya before time runs out? And will Kaylan have to make the ultimate sacrifice to save her city and the man she loves? 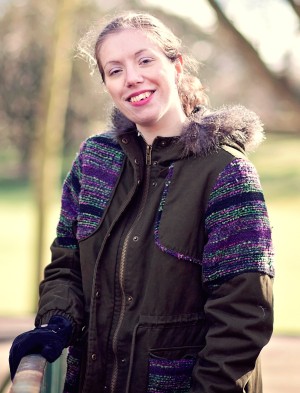 Tiffany Shand was born in Essex, UK and started writing short stories when she was a child. She has always done writing in one form or another and started writing novels in her early teens.  Tiffany loves to read books and discovered her love for fantasy and paranormal romance during this time.  She writes both non-fiction and fiction, and love helping writers to build their author platforms. After doing a creative writing course in her early 20s, she is now a freelance writer and professional editor.