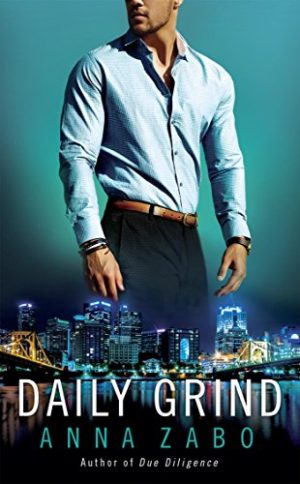 Running an independent, neighborhood coffee shop has been slowly breaking Brian Keppler for years. After a key employee is hired away by the consulting firm upstairs, he’s been taking on more and more of the work himself, spending less time on the other important parts of his life—and exorcising his frustrations on his remaining employees and anyone who tries to love him. Being bisexual and closeted isn’t helping things, either. “Miserable” sums Brian up pretty tidily these days, and having his world turned upside down by the arrival of the sexy CEO of a successful robotics company wasn’t at all on his to-do list. So, why does the idea of losing him seem like too high a price to pay?

Robert Ancroft fought long and hard to make his company a success. And nearly lost himself in the process. Fortunately, he was able to find a balance that didn’t drain him to the marrow day in and day out. Watching the man who has started to mean so much to him sink into the same, endless exhaustion is heartbreaking, but Robert is trying his best to help Brian see what life could be like for them if he were willing to devote even a small part of himself to the relationship they could have. Still, everyone has their limits, and this fight may be one he just can’t win.

Written in the third-person from both Brian and Rob’s perspectives, Daily Grind was a highly enjoyable read that I think definitely has a place on my “keeper” list. Both main characters are complex and I appreciated that they were able to get a chance to pursue an authentic kind of happiness after the age of thirty-five.

Although the trials Robert and Brian face are the primary force driving the narrative, there are many wonderful scenes written against the backdrop of Pittsburgh (and the surrounding area) that have me itching to visit there myself. Some of my favorites are seen through the lens of Robert’s camera, and I thought it was especially sweet that their connection deepened most profoundly during these moments. Their relationship is an intensely sexual one, but the added depth provided by the other parts of the story, particularly Robert’s own complicated history and his introduction to Brian’s family, made Daily Grind all the more enjoyable for me.

While Daily Grind works well as a standalone, I deeply regret not reading the entire series from the beginning. Aside from the fact that, based on other reviews and excerpts, the other stories seem to be just as thoughtfully written, I enjoyed the secondary characters very much, and would love to have known their backstories better. There’s obviously a lot more going on beneath the surface in many of their scenes, and the temptation to delve into those narratives is proving too great to resist. This is a series I’ll have to go back and pick up from the start, and I don’t think that existing fans will be disappointed in the least.

One last note: the author also has quite a few very interesting links on the “Thoughts” page on their website, some of which I wasn’t able to read through in time to finish this review, but I’ll get to the rest of them as quickly as possible. There’s lots to think about there, which is always a good thing.

Brian Keppler, owner of Ground N’At, the coffee shop beneath SR Anderson Consulting, doesn’t have time for a relationship. His most recent girlfriend broke up with him because he’d become married to his shop, which is falling apart without his favorite barista, Justin.

As he struggles to stay afloat, the arrival of handsome British high-tech whiz Robert Ancroft becomes another complication. Rob quickly becomes a fixture at the shop with his sharp wit and easy charm, and Brian soon finds himself looking forward more and more to Rob’s visits—to the point where his heart skips a beat when he walks in.

But will Brian be able to come to terms with his previously unexplored sexual identity and find happiness now that he has a chance?