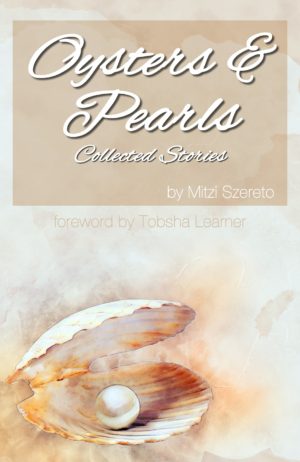 (from the short story “Bakewell, Revisited”)

With the approach of lunchtime, the pub gets busier. I glance up from the muddy depths of my stout and notice a woman standing at the bar while the publican pulls a pint for another customer. Her fingers drum the aged wood—the only indication that she might be impatient for the man to get on with it and serve her. She’s dressed in typical country fare: brown corduroy jeans, beige Fair Isle sweater, earth-caked hiking boots. Probably one of those hale and hearty types on a walking excursion, although I see no evidence of the requisite rucksack and walking sticks. She shrugs her heavy brown coat from her shoulders and whips off her plaid scarf, which—surprise, surprise—has brown woven into it.

Wild waves of chestnut hair. Creamy skin. A rosy blush on the cheek turned toward me. I stop breathing.

Drink in hand, she turns around, apparently searching for a suitable place to drop her over-garments and partake of her half pint of what looks to be cider. A ray of sun from the window by my head catches on the contents of her glass, turning it to liquid gold. She spies me at my lone table and her eyes widen. “Um, aren’t you—”

Without waiting for an invite, she settles into the chair adjacent to mine. The chair with the wooden seat made shiny by generations of pub-crawling bottoms is now being made shiny by hers. The thought causes a fluttering that begins in my abdomen and spreads lower and lower until I have to cross my legs within the confined space to quash it.

“You all right? It’s been so long…” Mundane words, but nevertheless exciting. Her accent still has the north in it—that curious Derbyshire-Yorkshire crosshatching with the dropped thes, and the sommats in place of the somethings. But then, she probably never left here.

I nod. I don’t need to be reminded of how long it has been. The evidence shows in my face. My eyes. Not hers though. She’s still beautiful. Still young. Even after two decades I can taste my desire for her. It’s as strong as it was when we picnicked among the dead of Bakewell. I watch her lips move as she offers me small talk. I feel a dampening as they form the vowels and consonants that make up speech. A trickling in my armpits and groin, followed by a stirring. A pulsing. A staccato beating. “Do you still live here in Derbyshire?” I manage to ask.

“Never left,” she says with a smack of her lips, which have the delicate tincture of Belgian strawberries. “Why leave heaven?”

Heaven. Yes, it might be to some. It never was to me though. Not as long as my desire for her remained frozen on my fingers and tongue. Frozen in my genitals.

(Excerpt from “My Zombie, My Lover”)

He must’ve heard me because he turns around. I see a flicker of guilt flash across his gaunt face as I catch him red-handed with a wedge of cheddar and a bread roll in a hand each. His sunken eyes widen with shock. His lips work, but nothing comes out but a tiny keening noise that sounds like a mouse whose tail has been trodden on.

He’s young. Beneath the grime and the dark hollows etched beneath his cloudy eyes he could be a high school senior. I wonder if he’s a runaway, though I doubt they classify boys at the age of consent as “runaways” these days. Whoever he is, something very strange has happened to him. He doesn’t look…well…right.

His dead-looking eyes appear to catch fire as they focus on the lower portion of my towel and suddenly I feel the cool air on parts of me that I should have taken greater care to keep covered. It’s all there for him to see—and boy does he see it. I can feel myself getting wet, and it isn’t from the bathwater dripping from me.

The tip of his tongue shows up between thin lips and it’s as if it’s licking me. I swear I can feel it laving my flesh, exploring and prodding and tasting. Oh, yeah; he’s hungry, all right.

Not the most polite of greetings, but there you go.

He doesn’t move. He’s just standing there with the cheddar and the roll, looking the kind of terrified that I should be feeling, yet don’t. I see the guilt come onto his face again as he seems to struggle to say something. I almost expect him to apologize, which I imagine would be highly unusual for a burglar. Maybe he’s some kind of new-school burglar as opposed to the old-school sort—a burglar with a conscience. I wonder if he might be some kid living rough in the woods. That’s what he looks like. Or at least it would be if he didn’t look so…weird.

Then just like that he’s gone, vanishing out my front door with his treasures, the only sign of his having been here the open refrigerator door.

Acclaimed author Mitzi Szereto explores the many complexities of desire, love and lust in this rich and varied “best of” collection of erotically charged short stories complied over the course of her literary career.  In these 17 provocative and often witty offerings, she travels expertly between genres with tales that explore both the light and the dark sides of sexuality.  Oysters and Pearls gives the reader a glimpse into worlds that are as ordinary as they are fantastical and mysterious.  Like a skilled lover, this sensuous and imaginative compilation will leave you wanting more.