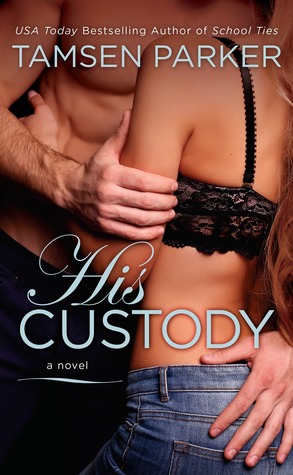 I don’t even know where to start. I have to admit I may have had a seriously uneasy feeling at the beginning of this story—until about the halfway mark. But, I trust Tamsen Parker to deliver a deep, thoughtful read that pushes me past my personal limits. And, this title **really** pushed me for a plethora of reasons.

There’s a huge age discrepancy between Keyne (pronounced Cain, like Cain & Abel) and Jasper. That isn’t a problem for me, normally. I love me a good May-December romance. This title falls more under the barely legal, though. I deal with teenagers every day, Monday through Friday. I might have gotten a little squicked out. Initially. But I pushed past that and looked at what was really happening in this story. Age took a backseat. Because, really, it doesn’t matter.

This. Story. Is. Freakin’. Brilliant.

This review, beyond this point, is slightly spoilery. The blurb hints, but doesn’t come right out and say some of the things I’m about to disclose, so if you don’t want any spoilers, go get your one-click on. However, the spoilers aren’t that bad and don’t really reveal a lot you can’t pretty much guess from the blurb.

<spoiler>
Jasper and Keyne’s parents were life-long friends. Keyne was dating—inseparable from—Jasper’s younger brother. Keyne was the sole survivor of an accident. Yeah. And she was only seventeen, so she needed a legal guardian—and someone to wade through all the emotional stuff something like that would leave behind.

My heart literally broke for Keyne. I seriously sobbed a few times. I wondered how Jasper could handle all the crap being thrown at him while wading through his own grief. I wanted to build a blanket fort and snuggle in it with them both. One thing that I thought as I was reading that a tragedy such as this would naturally draw two grieving people together, and I wondered whether that’s what was happening here. Whether something would happen and the spell between Jasper and Keyne would be broken. Because that’s exactly what it seemed like. This magical thing between two people—that when you watch it unfold from the outside, it takes your breath away.
<end spoiler>

The pacing in His Custody was perfect. I was drawn through every word in the story, and I definitely stayed up reading entirely too late. I was really sad when the story was over, because I wanted to see more of these characters…but I had that ahhh moment at the end, which kinda made up for it. Psst. Ms. Parker. Slices of Life from Jasper & Keyne would be super awesome 😉

While Keyne is definitely not my age and it was a little difficult for me to relate to her, as I’ve not suffered such a wide-spread loss (god forbid…), I did manage to connect with her on several levels. It made her development through the story very concrete for me, and when I thought about her growth through the story, it made me realize we’re not really all that different.

Jasper, however, had dramatic growth, in my opinion. It wasn’t like flipping a light switch, though. Ms. Parker crafted his character so it would be gradual and natural. And, if I were honest, I think he’s the most authentic Dom I’ve read in a long time.

I definitely think His Custody, the newest title by Tamsen Parker, is edgy and might activate the squick factor for some, but trust me on this one—the beautiful way this love story evolves from tragedy is nothing short of impressive.

He needs to be a better man for her sake, but she makes him want to be so bad…

Keyne O’Connell leads a charmed life. She has a caring family and a terrific boyfriend. Her senior year is about to begin, and her future looks bright. But one dark summer night robs her of everyone she loves, thrusting her into the care of her boyfriend’s intimidating, much older brother.

Dark and brooding, Jasper Andersson is not a good man. His business dealings are barely legal. He’s a womanizer and a casual drug user. He has no interest in becoming Keyne’s guardian, although given her limited options, he doesn’t have much of a choice. He knows he must protect her at whatever the cost.

But living in close quarters soon stirs up feelings inside them both that are far from platonic. Keyne needs a firm hand to keep her in line, but what she desires could lead Jasper into trouble….