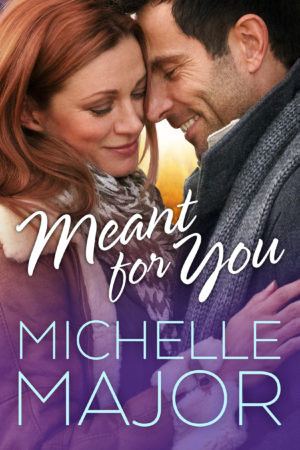 “Because we’re such good friends?”

“Because what I want from you is more than one night.”

Oh, God. Her knees threatened to give way and she pressed harder into the counter so she wouldn’t melt to the floor. The intensity in his dark eyes shook her to her core.

“I need to be in West Virginia for a week.”

Jenny blinked. Wait. What? Did he just call her a virgin?

“No,” he answered immediately. “There would be no . . . expectations. But thanks to the wonders of social media, my family now assumes I’ll have a fiancée accompanying me to the wedding.”

“You could find a willing date.”

Those three words were like a blade across her heart. “Why?” she asked.

“I need whoever is with me to understand that the relationship is completely fake.”

“Are you afraid another woman might want to keep the ring for real?”

“There are benefits to marrying a man like me.”

Jenny could think of a few. The way he kissed, how patient he was with her son . . .

“My bank account to be precise,” he said casually.

“There’s more to you than your money.”

He didn’t answer but the way he studied her made her mouth go dry.

“I’ll pay you twenty grand for the week.”

“Are you effing crazy?” The words were out of her mouth before she even realized she’d spoken. She moved to the table, gripping the back of a chair. “Take that back. You don’t mean it.”

“I do,” he said. “If the money feels too crass, keep the ring at the end of the week. It should fetch even more at any jeweler’s.”

“You told me the ring was on loan.”

“I won’t take your money and—”

“She’ll settle for the ring.”

Jenny whirled at the sound of Cooper’s voice. Her son stood in the doorway, fists clenched at his sides, staring at Owen.

“Cooper, you aren’t part of this conversation,” she said, moving toward him as if she could block him from Owen’s view. It was a silly instinct, because Owen would never do anything to hurt her son.

But Cooper could easily look over her shoulder. “And we want to borrow your Gulfstream to go to Hawaii at the end of the summer.”

“Cooper,” she shouted, squeezing his thin shoulders. “Stop that right now,” she told him in a lower tone. “This isn’t open for discussion.”

“You can use the plane,” Owen said from behind her.

“We’re not using the plane,” she told both of them, her teeth tightly clenched. What business did she have going to Hawaii, let alone on a private plane?

About as much as her son had negotiating the terms of an arrangement that was not going to happen.

“You can use the plane even if you don’t agree to West Virginia,” Owen offered.

Oh yes it was a big deal. It wasn’t just the thought of taking money to be Owen’s pretend fiancée that had her on edge. The night of her reunion had been torture with Owen so attentive at her side.

She knew he’d never be hers, and the knowledge had been like little tacks shoved under her fingernails. How could she even consider spending a week in that state? She’d drive herself and everyone around her crazy. And there was the distinct possibility she wouldn’t be able to walk away from him again with her heart intact.

“You need money for Grandma and to renovate the house and for the nursery.” Cooper paused, his bright green eyes boring into hers. Then he went in for the final knockout blow. “What about the college fund you’ve never started?”

“I’m going to,” she said, but they both knew it was a pipe dream. At the rate things were going, she’d have the extra money to save for college around the time Cooper was ready to retire.

“The ring would make a solid start for a college account,” Owen offered quietly.

She’d been so intent on her son she’d almost forgotten they had an audience for the humiliating tableau of maternal failure. A fissure of self-recrimination threatened to split her apart. How had all her years of planning brought her to this moment?

But just as quickly, the yawning gap was filled with affection for her son. She’d do anything for Cooper. Her love for him was the one thing she’d never doubted in her life. She might fail in so many areas, and had made more than her share of parenting mistakes, but her love never faltered. If he wanted this . . .

“We’re playing pretend,” Cooper answered, smiling again. “It’s only for a week. And you owe a dollar to the swear jar.”

She traced her finger along the skin between his eyes, where a shallow crease had formed in the past few months.

He was too young to be worried about anything beyond grades and finishing his chores on time. If a week with Owen—no expectations—would erase that fine line, she’d swallow back her pride and make the best of it.

Cooper stepped around her then, and she turned to see that Owen had stood from the table. The boy and the man shook hands, and her heart took another direct hit.

“We have a deal,” Cooper said, like he was an old-fashioned matchmaker, brokering a contract between the two of them.

I can take care of myself, Jenny wanted to shout. But who was she kidding?

Single mom Jenny Castelli has a temper to match her red hair. When the former mean girls of her high school insult her son, Jenny fires off a big lie—that she’s engaged to a rich, handsome guy and is bringing him to their ten-year reunion. Now she needs to find the perfect fake fiancé for one night. And only one man fits the bill.

Geek turned tech entrepreneur Owen Dalton already had his heart broken by Jenny Castelli. Still, he finds himself agreeing to her proposition—even as he struggles to remember that the chemistry sparking between them isn’t real. But when Jenny’s ex makes a play for custody and Owen is forced to deal with the family who always treated him as “second best,” their arrangement suddenly becomes very personal. And that lie they’ve been telling everyone? It isn’t nearly as big as the one they’ve been telling themselves. 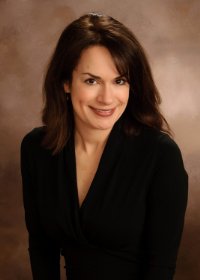 Michelle Major grew up in Ohio but dreamed of living in the mountains. More than twenty years ago, she pointed her car west and settled in Colorado. Today her home includes her husband, their two children, several furry pets, and a couple of well-behaved reptiles. She’s grateful to have found her passion for writing stories with happy endings. Readers can visit her online at www.michellemajor.com.

To celebrate the release of her newest title, Michelle is generously giving away to one (1) lucky commenter a $5 Amazon GC AND winner’s choice of either print or ebook copy of MEANT FOR YOU. To enter, please fill out the Rafflecopter form AND leave a comment telling us which Spring (April – June, 2017) book/s release you are most looking forward reading.

The giveaway is open during the time specified on the Rafflecopter form. Winner(s) chosen at random from all eligible entries. This contest is open to U.S. mailing addresses only, where not prohibited by law. Open to participants, 18 years or older, who are legally allowed to participate in such a contest as allowed by their local laws. All federal, state, local, and municipal laws and regulations apply. Void where prohibited. No purchase necessary. By participating in the contest, participants agree to be bound by the decisions of the contest sponsor. Prize will be delivered by the author. This blog, its reviewers, and the owner are not responsible for items lost in the mail. By entering this giveaway, participants agree to abide by these terms.