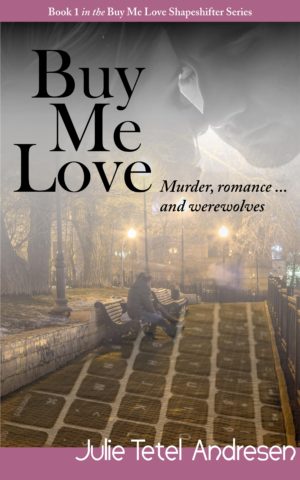 Susie didn’t much like Superintendent Theodore Biggins. Sure, he was still nice enough to have a look at, and he was well regarded in his job. But she thought his cocky attitude had probably worked better for him when he was younger and didn’t yet have his slight paunch. She didn’t care one way or the other about his face or his body or his career. Nor was she concerned about his love life, other than to be secretly pleased it wasn’t currently in luck. No, what bothered her about him just now was what he said to the Love of Her Life, Her Hero, Her All and that was:

Her hero shrugged. “Cheers, sir, thanks. With respect, you know that’s the idea.”

Superintendent Biggins ran his eyes once again over Detective Chief Inspector Moses Reilly, the most handsome man in the world, the kindest man in the world, and said, “Slump your shoulders.” He grunted then added, “I think we need a second opinion.”

“This isn’t my first time out,” DCI Reilly said, unperturbed. “I’ve managed before without blowing my cover, and I’ll manage today.”

Susie clutched her stack of folders closer to her breast, feeling her soft heart go even mushier. Her hero was always so calm in the face of whatever came his way. So even-tempered. So lovable. So – No, stop. She needed to keep her wits about her. She didn’t want to drop any mental stitches and lose the thread. Police work was always complicated, and this operation was particularly tricky. She wanted to make sure she kept up, so she could sound intelligent whenever DCI Reilly spoke to her about it. But it was hard to keep this complex pattern in place.

Reilly replied, “We knew from the start we were in it for the long term.” Biggins opened his mouth, but Reilly held him off with an upraised hand. “Going on two years, I know, sir, and not one big fish.”

“With mackerels to come.”

Biggins ran his gaze again over Reilly. “I still think we need a second opinion.” He turned his head. His gaze brushed over Susie in a way to say As if your opinion counts for anything! and continued on a few meters toward the busy front office.

Because they were standing in the hallway outside the incident room on the tenth floor of the Metropolitan Police, Detective Constable Gareth Marks and Detective Constable Martin Thomas, both in Reilly’s unit, had now stopped to take in their governor’s appearance under the glare of the overhead fluorescents.

“The mirror shades just poking out of the breast pocket of your ill-fitting jacket is a nice touch,” DC Thomas commented, appreciatively.

Susie was torn. She’d been on her way to Documents when she’d come upon her hero and Bossyboots Biggins hardly the minute before, so her first thought was only for how lucky she was to be crossing paths with her hero. It’s was bossyboots’s rude comment that reminded her DCI Reilly was supposed to look like a mark, which was a difficult concept for Susie to work through. She settled on the idea that he was not supposed to look good at the same time he was supposed to look as if he were trying to look good. Then, a few months ago, he’d shaved his lovely brown hair to make it seem like he was balding, which he was not.

But nothing, not a shaved head, a saggy jacket or slumping shoulders would ever make her hero look anything but magnificent in her eyes. Square jaw, beautiful nose, muscled physique. She hardly knew which of his excellent parts was her favorite. There were too many to choose from. Yet he was so good at his job that apparently he could make himself unappealing to the women he met for dates. Here’s where Susie’s mind boggled. He was dating on the job, for his job. He’d signed up on sites like Three’s a Crowd, Eros Über Alles, Two of a Kind – and these were only the beginning – where he had multiple accounts, all under different names but with similar personality profiles.

Early on, just after the operation had got underway, Susie had dared to ask her hero what it was all about, because she was having difficulty piecing it together from the things she’d been overhearing. As a clerk, it wasn’t her business to know the details of the operations, but everyone on Floor Ten knew about this one, so she’d blurted her interest before she could change her mind. And he’d been so patient in explaining everything to her that she would have fallen in love with him then and there, if she hadn’t already been in love with him.

The operation was all about scams. Love scams, more precisely. According to police estimates, scammers at dating sites bilked millions of pounds (or was it tens or even hundreds of millions of pounds?) every year from unwitting lonely hearts who would fall in love online and send money to their love interests. Susie couldn’t imagine herself being taken in by such a scam, mainly because she couldn’t imagine anyone falling in love with her or even pretend falling in love with her – at least no one had in her first thirty years of existence, but maybe DCI Reilly! – and so then how could she ever be so foolish to send that person money? But perhaps she’d misunderstood.

For clarification she’d asked, “And this person – the mark, as you say – will end up sending money to a person they’ve never even met?”

He’d bestowed on her one of his wonderful smiles. “I’m glad, because that means your feet are on the ground, and you’ll never be prey to one of these schemes. But there are others who fall in love with the idea of being loved and send money when the online lover asks, simply to keep the relationship going. Then when the whole thing comes crashing down, as it always does, they’re almost sorry. Embarrassed, of course, and pounds the poorer. But they really didn’t want to know the truth.”

Susie had thought she had the gist. Then, right when he’d shaved his head, he started going out on real dates, meeting up with real people, and everyone was saying the operation was now focused on the long game – whatever that was. It had all become a bit woolly, but she didn’t want to ask again and risk looking stupid.

Others had now gathered round DCI Reilly and Superintendent Biggins. Listening to the commentary and now looking at her hero more critically – not that she would ever criticize him! – she acknowledged he didn’t look his usual self, which was more rugged or tough or manly or … she groped for the word. Confident. That was it. He was able to conceal the aura of competence and authority he naturally exuded just by the way he was holding himself. Clever man!

Suddenly Biggins called out, “Vio, hey, Viorica, we need you!”

Hah, thought Susie, turning to follow bossyboots’s line of sight. She saw Viorica Dinu, the pretty exotic lady in the main room of the Criminal Investigation Department. Some three months ago Susie had overheard him ask Vio if she wanted to get coffee with him in the canteen, very casually it was, since they were both headed in that direction. She’d turned him down, smiling. Susie knew from the way his gaze followed Vio from time to time that he hadn’t yet got over his crush. Vio, for her part, didn’t care a pin for him. Susie knew because she made a point of having coffee with Vio about once a month, and they had an unspoken agreement to fill each other in on the scraps of office gossip that came their way. Biggins was an occasional topic, and Susie knew what Vio thought of him.

As Vio made her way over to the group, others were still offering their opinions.

Susie sighed, unable to help her thought: I know he’s supposed to look like a … mark, but no matter what he does, he always ends up looking like Superman.

Vio arrived on the scene. “Hm, Superman,” she repeated, as if considering the matter. “No, don’t think so. I’ve never seen DCI Reilly wear his knickers over his trousers.”

Oh, no, shiny shite! Did I say that bit about Superman aloud?

The small crowd laughed. Susie felt herself first turn pink at the titillating thought of ever glimpsing her hero’s underwear then red for having given voice to her secret thought. She wanted to sink into the floor or float home and find solace in her knitting. In the meantime she’d try to calm herself with filing.

As she turned to scurry away from the merriment, she dared to glance at DCI Reilly. Ever long suffering, his face was straight. When he caught her eye, his smile was gentle and the look in his eyes conveyed understanding.

That was the best part of him: his beautiful hazel eyes.

She quickly revised her estimation. No, it was his kind heart

Detective Chief Inspector Moses Reilly of Scotland Yard is the consummate bachelor, married to his job – and for good reason. On a covert mission to infiltrate an international crime ring, he poses undercover on dates to find criminals running online dating scams that separate unwitting love struck participants from their life savings. His powerful deduction skills and level head can usually keep him several steps ahead of the women he meets – but his latest date is making his head spin.

The mysterious Zelda Sachsen works as a Guardian for G4S, a private security firm in London that has a global reach and deep pockets. She is working undercover trying to sniff out a crime ring that has international implications of its own when her sensitive nose detects an intriguing smell that she can’t let go of.

Their shared commitment to relentlessly pursuing the truth – and an abnormally creative murder near G4S headquarters — bring Scotland Yard and G4S together, lead by DCI Reilly and Zelda. As Zelda turns Reilly’s world upside down, can they both keep their heads for long enough to crack the case?