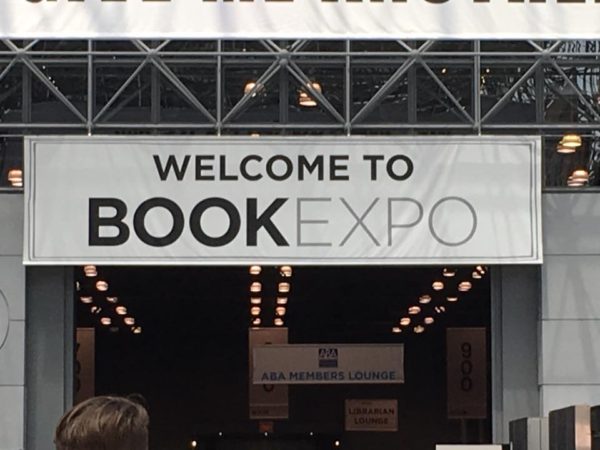 There’s this little event that happens every year in the United States.  By “little” I, of course, mean the size of the Titanic.  It’s called Book Expo America, usually held in a major city, where the publishing world descends to schmooze, make deals, and let their inner book nerd shine.  This year Book Expo was at the Javitz Center, an almost completely glass structure on the banks of the Hudson River in New York City.  This is the same place where they host the check-in for the New York Marathon.  It is IMMENSE.  When you enter the building, hanging all around are banners the size of your house advertising all the books coming for fall.  This is the place where librarians are rock stars and authors are royalty.  There’s also reps for the latest in technology, agents, self-publishing, every genre available.  I spent fifteen minutes talking to the “Canning Diva” from Michigan who has put out a book not only on canning essentials, but what to do with the stuff you canned besides eat it out of the jar.  (I do currently have a dozen jars of applesauce in my basement from the 2015 honeycrisp apple harvest.) 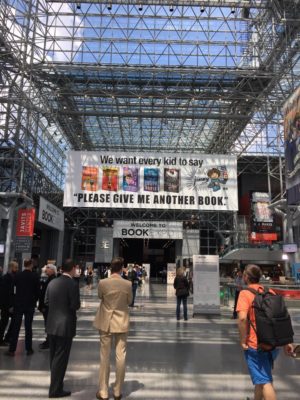 I was the guest of Shadow Mountain Publishing and I have to give a huge shout out to them for an awesome day in my version of Disneyland.  Shadow Mountain is a general trade publisher best known for children’s fantasy series including the bestselling Fablehaven series by Brandon Mull and the upcoming sequel series, Dragonwatch. They are also known for cookbooks by mega-bloggers such as Six Sisters’ Stuff and Our Best Bites, and New York Times bestsellers, like Christmas Jars.  For the romance readers here on That’s What I’m Talking About, they also distribute “proper romance” which falls at 1 on scale of 5 where five is J.R. Ward.  You can comfortably allow younger teens to read these and for adult readers, they are a sweet break from the intensity of more explicit titles.

The Expo is four days, the first two of which are for industry professionals only and A LOT of business takes place during these two days.  Buyers, sellers, librarians, authors, and publishers fill every corner to learn about new titles and make connections. 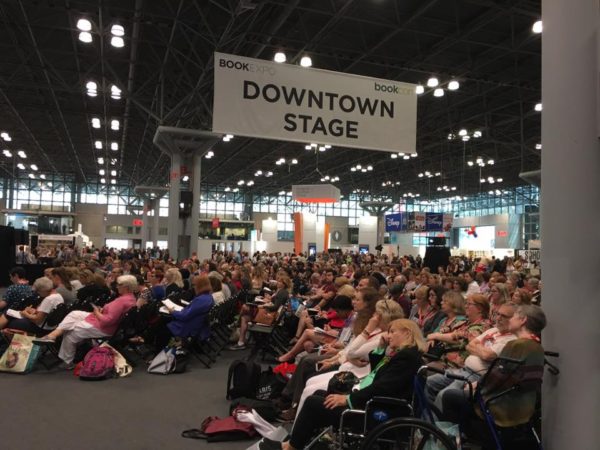 The last two days are open to the public under the title of BookCon so they can come learn about what’s coming, get autographs, and be among their people. 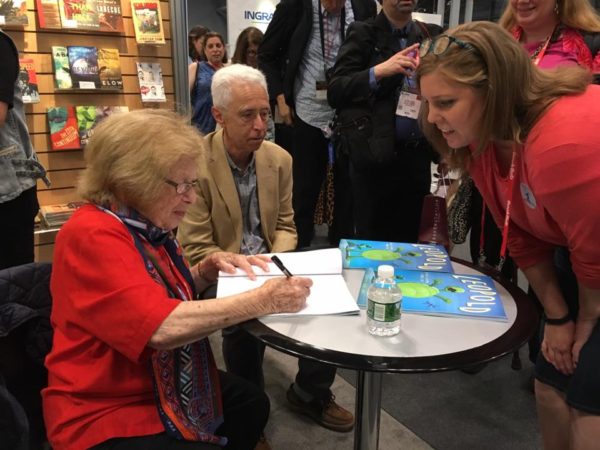 Yup, that’s Dr. Ruth and she’s written a children’s book.  How could I not pick that up?!  My 26 year old son may also be getting signed copy Dan Pilkey’s new book for Christmas. The Captain Underpants series was among the first that he read on his own. 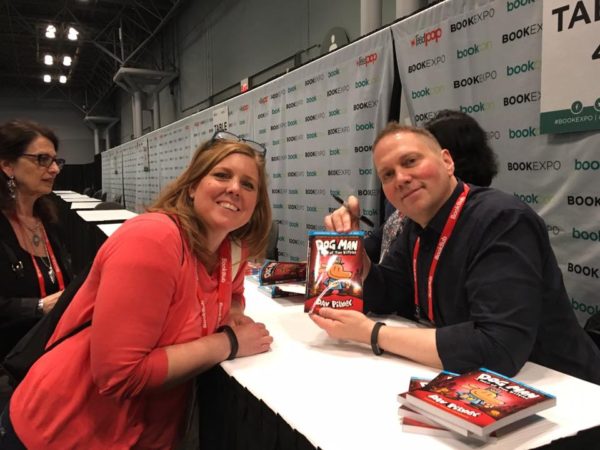 The list of authors and guests is staggering.  http://www.bookexpoamerica.com/Guests/  I intentionally headed back to the train before Hilary Clinton arrived to speak in the evening. That was a logistical spider web I wanted to avoid.

Adding to the party atmosphere was a mariachi band provided by Disney in celebration of their new children’s book Miguel and the Grand Harmony by Matt De la Pena. 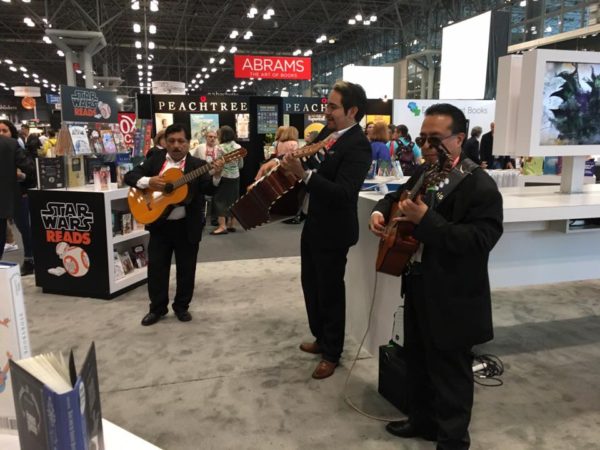 I collect children’s books and was thrilled to see that Little Golden Books was celebrating its 75th anniversary. 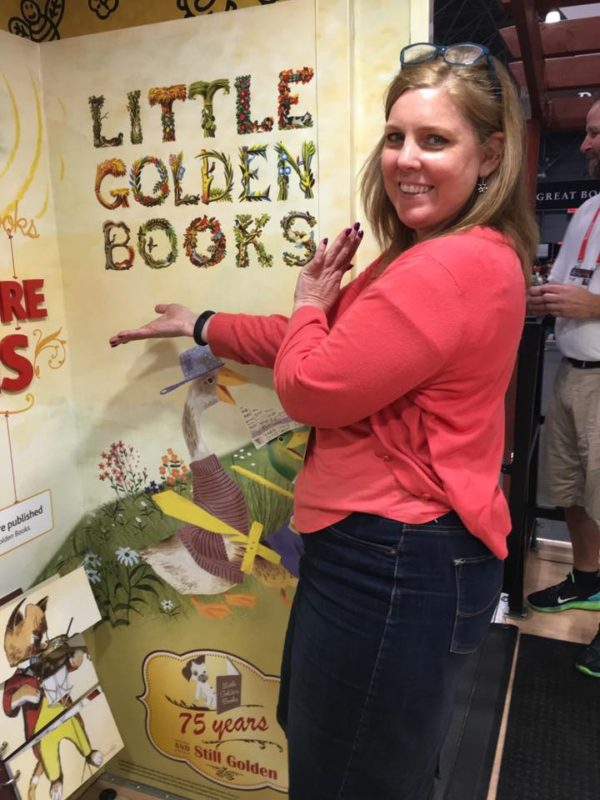 I know many of the That’s What I’m Talking About love sci/fi and fantasy.  It is, after all, where paranormal romance got its start.  A long time ago before L. Ron Hubbard established scientology, he was a respected sci/fi author.  Galaxy Press is the exclusive publisher of his fictional work.  Every year they hold a contest and produce an anthology of winning sci/fi stories and artwork.  http://www.writersofthefuture.com/contest-rules-writers/  2017 marks the 33rd volume featuring twenty-eight winning stories and illustrators.  I was especially partial to the artwork of Christopher Kiklowicz.  http://christopherkiklowiczart.blogspot.com/  Also included are stories and illustrations from established writers and artists Anne McCaffery, Todd McCaffrey, Robert J. Sawyer, Larry Elmore, and Bob Eggleton. 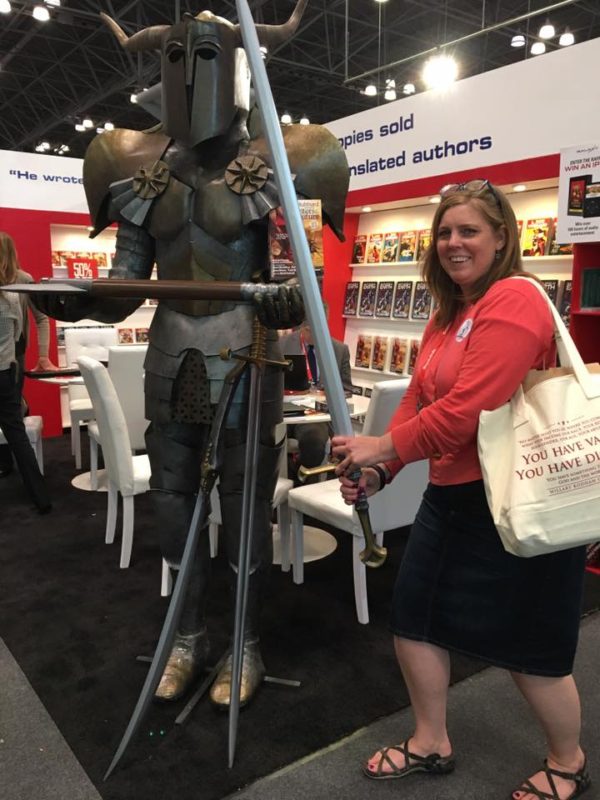 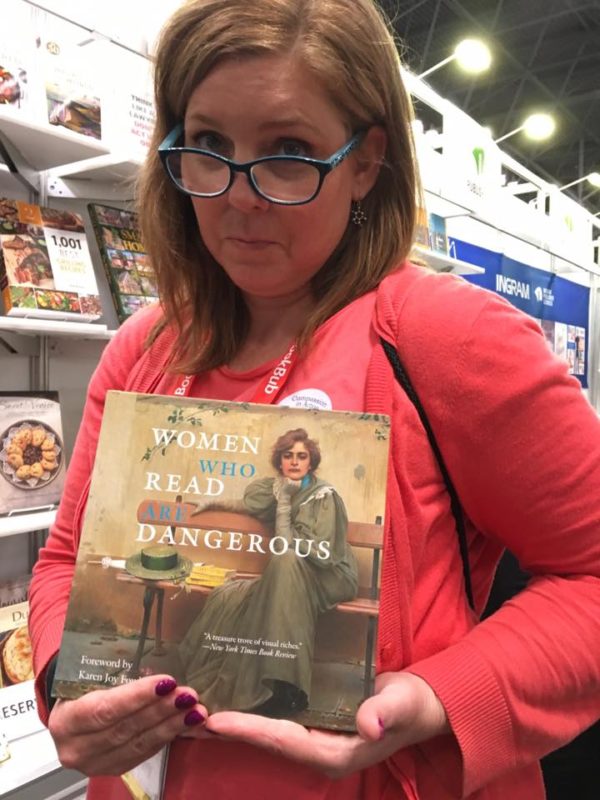 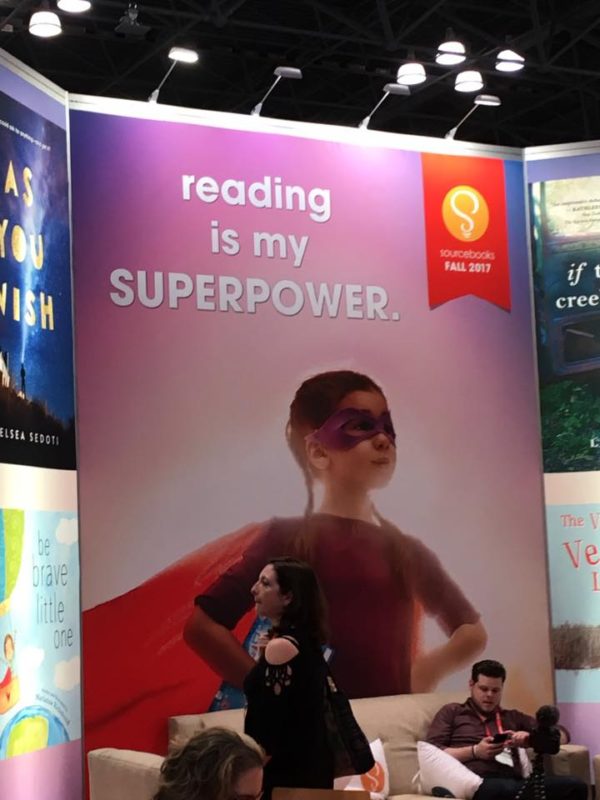 As I carried my hoard of books back down 34th Street to the train, I couldn’t stop smiling. After a short train ride to Hoboken, I ended the perfect day with a stop at Carlo’s Bakery (aka The Cake Boss) for cannoli on the drive home. It doesn’t get any better than that.