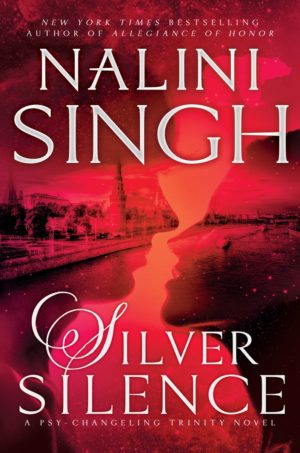 Valentin Nikolaev is the alpha of StoneWater clan, the dominant bear shifters that surround Moscow. He is a fairly new alpha, one of a fractured clan, and who is trying to adjust to this new and changing world. Valentin recognizes that the icy and powerful Silver Mercant, Kaleb Krychek’s right hand, is his mate. He’s trying to woo Silver by being sneaky like a cat (he knows that Lucas was able to win the heart of his own Psy, so he’s trying to be both a bear and a cat).

Silver Mercant is the heir to the Mercant clan, currently run by her grandmother, Ena. They are a strong family unit, one that has survived through Silence with more “life” than most other Psys. And although the world is starting to shift away from Silence, it is not a choice for Silver who lives with a genetic defect. Yet, she feels her walls breaking every time she’s around Valentin.

Silver Silence is the first book in Ms. Singh’s Psy-Changeling Trinity series which continues the Psy-Changeling story in a post-Silence world. While one could start their journey into this wonderful world with this book, I feel that the first 15 titles are equality important in setting the tone and feel for this new world – one with human, Psy, and Changeling turmoil and celebrations.

I absolutely adore Valentin, who has known Silver is his mate since he met her ten months prior. He’s utterly adorable as he attempts to win her over with his treats and notes. He knows Silver is Silent, but that there is more to her than the cold, emotionless facade, and he gets his chance to see more with the attempt on Silver’s life at the opening of the book. Forced to move into Denhome for her own safety, Silver must adjust to being around the emotional bears. I love that Valentin pushes Silver – challenges her to see if there is another way than Silence now that she is an adult. And Silver takes up his challenge.

Silver is the perfect match for Valentin and visa-versa. They are both strong “alpha” characters that carry the weight of their respective families on their shoulders and in their hearts. They understand one another and the responsibilities that come as part of the package, which allows them to bond through opening up and sharing common experiences. Silver honestly wants to challenge herself to love her bear, and when things don’t go as expected, my heart broke wide open. The only small negative about the storyline is that it somewhat mirrored the backstory of Valentin’s parents; however the outcome is completely different.

Opening up this new territory to her readers, Ms. Singh introduces a slew of new characters, locations, and even concepts. I did get confused a couple times, but took lots of notes to help me learn the new parts of this changing world. There is a lot of momentum with the Human Alliance and also the mysterious Consortium, which is exciting for those who’ve been with the series since the beginning. I like the added human elements and adore the Human Alliance leader Bo Knight.

One of my absolute favorite new characters is that of Ena, Grandmother Mercant. She’s wise and strong, and not particularly Silent when around her own family. She cares for Silver and wants her to succeed and be happy. She’s so smart and sneaky – I really hope to see more of her in future titles. Here is just one of the many quotes I highlighted when reading:

[Valentin is talking to Ena about Silver’s safety]

“Are you asking me to kidnap your granddaughter?”

“Let’s call it an enforced move out of the field of danger.”

In the end, Silver Silence holds much promise for the future of one of the best PNR series out there. Ms. Singh has expanded her original mythology without losing site of the core essence of her books: romance. The match between Silver and Valentin is familiar, yet unique. There is the warmth and comfort of the early Changeling-centric stories, but takes the world in a new direction that puts Psys, Changelings, and Humans on a level playing field. I completely enjoyed my time in Denhome and learning all about the StoneWater Bears. There is no party like a bear party, and I look forward to many more stories!

Control. Precision. Family. These are the principles that drive Silver Mercant. At a time when the fledgling Trinity Accord seeks to unite a divided world, with Silver playing a crucial role as director of a worldwide emergency response network, wildness and chaos are the last things she needs in her life. But that’s exactly what Valentin Nikolaev, alpha of the StoneWater bears, brings with him.

Valentin has never met a more fascinating woman. Though Silver is ruled by Silence–her mind clear of all emotion–Valentin senses a whisper of fire around her. That’s what keeps him climbing apartment buildings to be near her. But when a shadow assassin almost succeeds in poisoning Silver, the stakes become deadly serious…and Silver finds herself in the heart of a powerful bear clan. 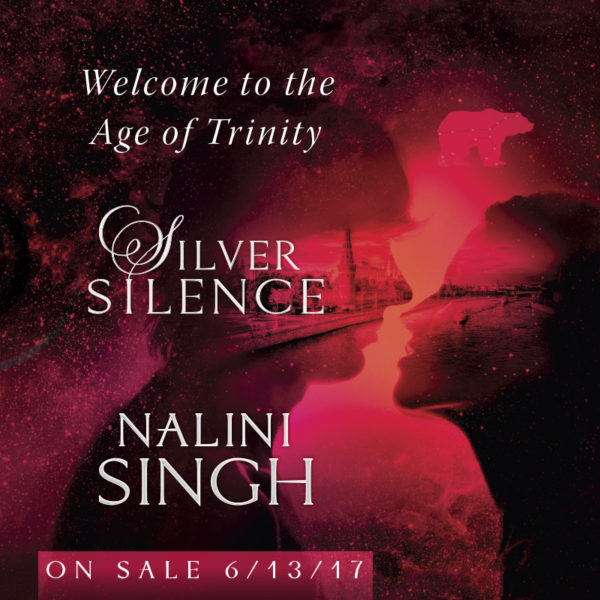 Laughing at the cubs’ antics, Valentin jogged down the slight incline and waded into what had to be ice-cold water after kicking off his boots and socks. He splashed the cubs, laughed when they splashed him back. Running so they could chase him, he turned abruptly and chased them back, to their unhidden joy.

Silver took a seat on the grass. When the female bear looked her way, she inclined her head in a silent greeting. The bear did the same, then they both watched an alpha bear play with two energetic cubs, his hands holding rough care for their small bodies.

By the time Valentin made his way back to her, he was drenched and his eyes weren’t human in any way. When he spoke, his already deep voice was so low it felt like thunder against her skin. “Couldn’t resist,” he said, pushing back his wet hair with one big hand. “If you weren’t in recovery and if I wasn’t in terror of Nova’s wrath, I’d have invited you. The small monsters wanted to play with you.”

Silver didn’t get to her feet. “Can we stay here a little longer?” It was patent that Valentin had an extremely high tolerance for the cold, but he might want to dry off.

“Sure,” he said, and, moving away several feet, shook off the wet.

Fine droplets settled on the skin of her cheek, but she didn’t flinch at the unintentional tactile contact. She also controlled her urge to reach up and touch the water where it lay against her skin. There was no reason to do that, and Silver was alive because she only did things that were rational.

Settling beside her, Valentin waved at the cubs as their guardian led their tired forms toward a path in the trees that was at the same level as the stream. “Gentler climb,” Valentin told her.

“They seem too exhausted to make it to Denhome.”

“It’s all an act—they’re hoping for a ride on their aunt’s back.” His tone held the same fond affection she’d heard when he spoke of Dima. “It’d take more than a few minutes’ play in the water to wipe out those two.”

The cubs had played with Valentin for almost a half hour. “They’re hyperactive?”

Silver watched as those baby bears turned toward her and rose up on their back paws, as if in challenge. A stern sound from their caretaker, and they dropped down and scrambled to catch up with her. Their bodies disappeared into the trees as dusk began to turn from orange to shadowy gray.

Beside her, Valentin sprawled out, bracing himself on his elbows. His drenched T-shirt clung to the ridged muscles of his abdomen, pulled tight across his pectoral muscles, shaped itself over his shoulders. His jeans weren’t much better, outlining the raw muscle of his thighs.

Valentin Nikolaev was a man of violent physical strength even in human form. Yet he clearly had iron control over it; when he’d played with the children, they’d displayed zero fear of their alpha.

“You thought about where you’re going to live when you escape the bears who’ve kidnapped you?”

When she raised an eyebrow at him, he grinned. “Fringe netter with his own Internet channel sent out a breaking report last night. Pasha—who obviously needs more work duties—made up a fake account and posted a comment swearing to have seen you being pulled into a black van by six burly bears in bear form.” 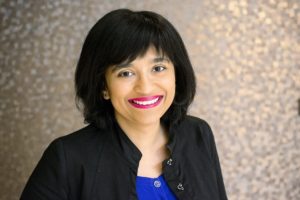 “You don’t seem too concerned.” Amber eyes and deep voice, he remained very much a bear in human form.

“Well, according to this ‘eyewitness,’ the getaway driver was in bear form, too. Must’ve been tough for him to steer with one paw since he was drinking a beer at the same time.”

“Bears,” Silver said, making Valentin throw his head back and laugh that huge laugh that wrapped around her.