Manhattan Melody (Just You and Me collection) 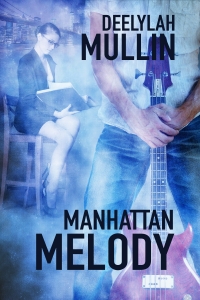 “Ladies and gentlemen, that was ‘Air’ by Geno Seretti. Inspired by his main squeeze, Bethany. We’re going to take a twenty-minute break, and we’ll back with another set.”

Someone tapped Mia’s shoulder and she whirled around. “Oh. Hey.”

Penny slid her drink across the bar. “I started you a tab.” She grinned. “But you don’t need to drink a lot, anyway.”

Fingers drew softly down Mia’s spine and followed the curve of her lower back to her hip. Tingles at the contact shot through her, and she gasped.

“Didn’t mean to startle you, but you’re absolutely beautiful.”

Those words, whispered in her ear by a raspy, rough voice in sharp contrast to the one that had sung a ballad only moments prior, drew her toward Leo.

Mia winked at her and turned into Leo’s arms. “Hi there. You guys sound terrific. I really liked the song Geno wrote.”

“It’s a great tune. I’ve been jotting ideas down like a madman all day, though. I don’t think it’ll be our best ballad for much longer.” Leo handed her drink to her before reaching behind again and bringing a bottle of Lionshead Deluxe Pilsner into view. “Don’t leave your drink unattended like that,” his voice dipped even lower. “You should know better.”

She took a sip of the gimlet and grimaced. “That bitch didn’t use the right vodka. This is Grey Goose.”

He took the glass from her and took a sip. She watched his Adam’s apple work. “How can you tell?” He looked puzzled.

“Easy. Ciroc is distilled from grapes and Grey Goose is made from wheat. The Ciroc doesn’t have the burn Goose does. It’s smoother. Belvedere is distilled from rye, and I think it’s better than Grey Goose. Reyka is a wheat-and-barley combo. Shit. Your eyes are glazing over. I’m a bit of a vodka connoisseur.”

He said, “You’re not going to drink this, are you.”

She shook her head.

Leo downed the contents of his bottle, setting both on the bar before he took her hand. “Come with me.”

They weaved through the crowd toward the back hallway, Leo keeping her close to him.

As they approached the exit—blocked by the formidable Jared, a former body builder—Jared’s expression changed from the playful one he usually wore to menacing. And said menace was directed at Leo.

With her free hand, Mia reached up just behind Leo’s shoulder and blew Jared a kiss and waggled her fingers. His gaze darted to her, and he rolled his eyes before shaking his head.

The walk-in cooler door just ahead and to her right opened. Leo tugged her inside.

“Jared will be over here in ten seconds to tell us to get out.” She knew Jared would trust her—she’d overlooked five minutes of silence he’d taken with his chick du jour on occasion.

Leo’s expression was intense. Like a cat preparing to pounce. “Screw Jared. I just want to be able to hear you talk—and maybe cool off a little. It’s hot under those lights.” He turned around and slid the pin hanging next to the door in the holes of the handle. Ted had it made in the event there was big trouble in the bar—employees could grab the cash and lock themselves in the cooler.

“How—how did you know that was there?” She was shaking, but not from fear or cold. Anticipation coursed through her veins like a shot of tequila.

“Penny. She talks a lot. Did you know that?”

He stalked toward her.

Excitement swirled through her body, heightening her senses.

He stood in front of her—like he was playing the I’m Not Touching You game—and she could see the pulse beating in his neck. Even in the coolness, she could scent him—clean laundry, dark chocolate, and a musk that drove her crazy.

Reaching out, he banded her to him with his long, muscular arm. His slender, callused fingers dug into her hip possessively. “Dance with me.” He began to sway to a rhythm in his own head.

Mia lost herself in the rocking motion, the feel of Leo’s body against hers, and the way they seemed to fit together perfectly. She’d missed the intimate human contact that simply dancing provided.

“You feel so relaxed. I envy that.” Leo’s voice rumbled in his chest beneath her ear.

“Nice? I don’t think that’s the right word.” He ran a finger down her spine.

“Mmmm. Feels good.” A few beats passed and his hand traversed her back several more times. “Perfect. I think perfect sums it up.”

“I’d have to agree—for the moment. So many other perfect things we could do.” He traced the edge of her collar, making contact with as much skin as possible. The pads of his fingers fluttered over her body, alighting whenever there was an opportunity to make direct contact with her.

“What did you have in mind?” There’s not much that could be better than this moment.

Manhattan Melody is available in the Just You and Me collection:

Heat up your summer with these 15 sexy and tantalizing reads, hot enough to melt your eReader. Written by today’s hottest USA Today bestselling and Award Winning authors. These stories offer up something for everyone, from steamy to scorching, this set is sure to tempt and tease you with romantic tales told with passion, emotion, and utter sexiness.

Leo Shutter is the bassist for the band Flash. He’s been touring mid-sized cities playing bars, waiting for the band’s big break. He’s never been a chick magnet–he leaves that to the band’s frontman & guitarist Anthony Marco, and the drummer Geno Seretti.

Mia Vane, a recent college graduate with a masters degree in ancient literature, slings drinks to make ends meet while she teaches three sections of collegiate literature during the day.

When Mia and Leo have an immediate, undeniable connection, things heat up in cool places over the course of the weekend.

Leo wears his emotions on his sleeve and sulks as they travel to their next destination. After a deep conversation with Geno about life, love, and music Leo decides Mia is the one—which inspires the best lyrics he’s ever written.

Will Leo and Mia connect in a harmonious convergence or resolve to a bitter life without the other? 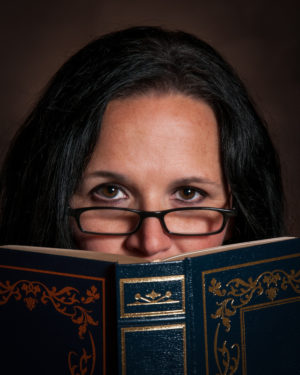 Deelylah has found her own happily-ever-after with Mr. Vampbard. He’s truly her knight in shining armor. Between them, they have six children…who are pretty much all grown up. She even has a son-in-law and a grandkitty…with the promise of a daughter-in-law and a grandson on the horizon.