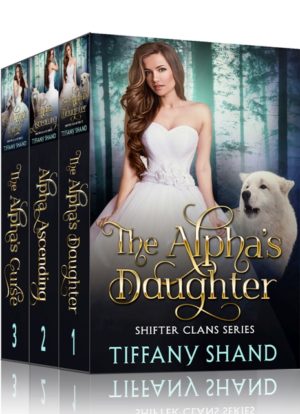 Christy staggered, her limbs protesting from every movement. She couldn’t stop. She had to keep moving. The moment she stopped, Alec’s men would grab her, drag her back to him. She forced herself to move on, stumbling over tree branches, twigs catching on her clothes and hair.

Had she crossed the border? She couldn’t remember.

The first rays of dawn washed through the blanket of clouds.

She glanced back, thought she heard the sound of running feet behind her. She tried to scent what direction they were coming from, but her senses felt weak, numb, just like the rest of her body.

Christy tripped, felt herself falling, stifled a cry of pain. She rolled over, feeling the sticky blood dripping down her side from where Oren had struck her with magic. Exhaustion threatened to overwhelm her as she pulled herself up into a sitting position. She rested her head against a tree trunk, the blood wouldn’t stop flowing and the pack strapped to her back dragged her down like dead weight.

Stretching her arms, she tore through the straps and let her pack fall. The few meagre possessions and clothes she’d brought with her no longer mattered. The movement sent another rush of pain shooting down her arms, but it didn’t register. Nothing mattered anymore.

Memories of Alec’s wolves ripping into her father, and seeing her brother go down flashed through her mind as the numbness started to fade. She closed her eyes, trying to block it out. She loved her brother – even her father – despite their strained relationship. Alec – the man she’d been promised to – had done this. She had said no to marrying him and he’d taken her family and her clan from her because of it.

This was all her fault.

Christy let out a sob. She wanted to curl up into a ball, let death take her away but another part of her refused to give up. She closed her eyes again, reaching for her inner wolf. If she could shift it might be enough to heal her. Could she even remember how to shift? She hadn’t done so in over a decade. Muscles popped and bones creaked making her cry out from the agony as her body tried to change forms but couldn’t.

Had she done something wrong? She hadn’t shifted in so long she wondered if she’d forgotten how to do it right.

Christy gritted her teeth. She couldn’t give up, not now. Not yet. Instead she started to crawl inch by inch. She didn’t have the strength to stand let alone walk, but a new emotion filled her now.

Alec had done this and one way or another he would pay for what he’d done.

Twigs and stones cut into her hands as she crawled along the forest floor, blood seeped from her palms but she refused to stop moving. She had to reach the outsider’s camp. Ronan had promised to meet her there. He would be waiting for her. She would not consider the possibility of losing him through.

Hours seemed to pass, she made a way forward, not knowing where or how far her destination was.

With the sun high in the sky, Christy finally felt the blackness closing in and gave into it.

“Christy?” She thought she heard someone calling her name, dragging her along but it faded away.

After being kidnapped as a child, Christy Daine was sent away from her shifter clan to live among humans. For over a decade she has lived in fear of the people who tried to kill her. Living with her bodyguard, Ronan, the two embark on a secret relationship that could get them both killed.

When her father, the alpha of all the clans demands she return home to marry a man he’s chosen for her, Christy will finally have to face her past and her true nature. Danger lurks around every corner and even Ronan might not be the man she thought he was.

After watching her family be slaughtered by the man chosen to be the next alpha, Christy has to turn to the only people left on the island for help. The outsiders are considered outcasts by the shifter clans and were blamed for her mother’s death years earlier.

Only she can become the true alpha and bring the clans together before it’s too late.

Christy should be happy now she’s finally with the man she loves, but enemies still cover the island sanctuary that the shifter clans call home. After discovering her brother may still be alive, Christy must go back to the man responsible for killing her family and into the heart of danger.

Now the alpha, she must find a way to stop the people who seeks to destroy all shifters, bring together the clans and the outsiders and stop the centuries old Alpha’s Curse before it can destroy every shifter in existence. 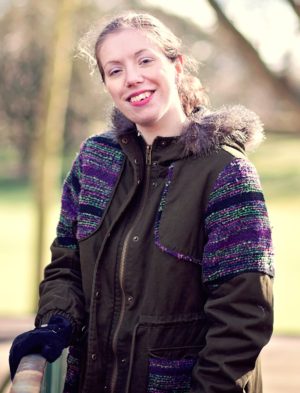 Tiffany loves to read books and discovered her love for fantasy and paranormal romance.  She writes both non-fiction and fiction, and love helping writers to build their author platforms.

After doing a creative writing course in her early 20s, she is now a freelance writer and professional editor.