Too Many Women in the Room 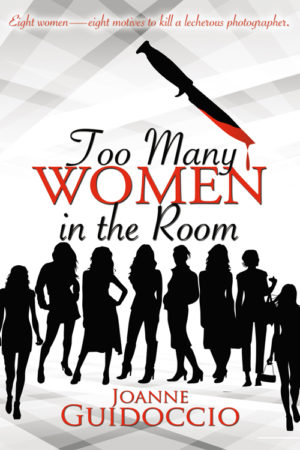 He couldn’t believe he was following his wife’s advice. After twelve years of paying lip service to deep yoga breaths, mindfulness, and all the other New Age crap she espoused, he had finally found a use for it. His midnight run usually sorted out all the stress, but tonight was different. He still couldn’t shake the venom that had been directed his way.

To make matters worse, it had come from eight women, eight very different and very annoying women. He had bedded four, but right now he couldn’t imagine having sex with any of them. As for the untouched four, well, only one interested him, and it had nothing to do with her feminine wiles and everything to do with her healthy bank account.

He would have to take something to get through the night, something a lot stronger than his wife’s herbal teas. The remnants of an old Percocet prescription came to mind. Two capsules might do the trick. The thought of a panacea, albeit a chemical one, calmed his racing thoughts. A good night’s sleep would make a world of difference. And tomorrow, he would sort it out.

The light patter of feet distracted him. Definitely a woman’s gait. Her breath was even, neither shallow nor panting. Younger, maybe in her thirties. His pulse quickened, and a smile spread over his features. A welcome distraction. Just what he needed to erase the built-up stress. To hell with deep breathing, affirmations, and Percocet.

He forced himself to slow down and hoped she would catch up, maybe even overtake him. Before making a move, he wanted to get a lay of the land. No point putting on the moves if she didn’t measure up. Though lately, he’d been less discerning.

Twenty years ago—heck even ten years ago—women in their twenties and thirties returned his winks and smiles, often boldly and with no qualms about what followed. But turning fifty-five had brought those encounters to a virtual standstill, and he had tired of the chase. Was this a harbinger of what old age would look like?

Within seconds, a flash of black appeared at his side. He counted to ten and then gave her a sideways glance. A frown replaced the smile.

Definitely in shape, but she had always taken care of herself, not allowing an extra morsel of food to cross her lips and sticking to a daily exercise regimen. Her face…well, her face showed the passages of time. And tonight, without a trace of makeup, she appeared older than her years. Forty-five. No, fifty. More than fifty. He struggled with the math and gave up.

Head-to-toe black did nothing for her. Once upon a time he would have volunteered that information, but tonight he hesitated. He couldn’t be sure how she would react, especially after the debacle at dinner. He tried to recall what she had said, but nothing came to mind. Perhaps she had said nothing at all. It would be like her to hide behind her passive-aggressiveness.

He forced a smile. “I didn’t expect to see you.”

No response, just a constant gaze and an expressionless face that was starting to worry him. He tried to look away but couldn’t escape those odd-colored eyes. A muddy green with hints of amber. Had she worn contacts in her younger days?

He cleared his throat. “That was some dinner conversation.” In the end, he hadn’t even sat at the table. The collective venom had driven him away.

They continued running, saying nothing. His heart beat faster and his mouth went dry. His senses were on full alert. There was danger here. And he needed to get away. He could turn around and race toward his car. But what if she followed? This was ridiculous. He was allowing himself to be rattled by a middle-aged woman who meant absolutely nothing to him. A woman he would steer clear of in the future.

It would be a good idea to get away for a while. Check out conferences and take an extended holiday. Escape from those unrelenting March winds and below-normal temperatures and bask in some sunlight. Georgia or Florida and maybe a Caribbean island. He’d have to borrow on his Visa, but it would be worth it. One month. That’s all he would need, and this animosity would blow over.

He slowed his pace and she matched his speed. He circled and turned around. She followed. Anger rose in his throat. “What the hell do you want?”

No words. Only a fixed gaze and a flash of silver at her side. The faint smell of onions and garlic assaulted his senses. He wrinkled his nose in disgust, all the while watching her every movement. His eyes traveled around the deserted field. Not a soul. And that was the appeal of running close to the midnight hour.

This is not how he had planned his demise, not by a long shot. Despite the age gap between them, he had hoped to survive his wife and take on a full-time paramour, maybe even two. If only he had known. If only he could go back six hours.

Fascinated, he stood still, hypnotized as she approached and raised the knife.

When Gilda Greco invites her closest friends to a VIP dinner, she plans to share David Korba’s signature dishes and launch their joint venture— Xenia, an innovative Greek restaurant near Sudbury, Ontario. Unknown to Gilda, David has also invited Michael Taylor, a lecherous photographer who has throughout the past three decades managed to annoy all the women in the room. One woman follows Michael to a deserted field for his midnight run and stabs him in the jugular.

Gilda’s life is awash with complications as she wrestles with a certain detective’s commitment issues and growing doubts about her risky investment in Xenia. Frustrated, Gilda launches her own investigation and uncovers decades-old secrets and resentments that have festered until they explode into untimely death. Can Gilda outwit a killer bent on killing again?

Click on the Rafflecopter link below for your chance to win a $10 Amazon gift card. 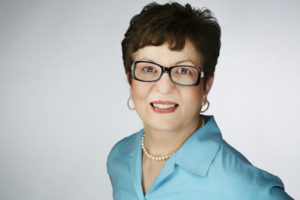 In 2008, Joanne took advantage of early retirement and decided to launch a second career that would tap into her creative side and utilize her well-honed organizational skills. Slowly, a writing practice emerged. Her articles and book reviews were published in newspapers, magazines, and online. When she tried her hand at fiction, she made reinvention a recurring theme in her novels and short stories. A member of Crime Writers of Canada, Sisters in Crime, and Romance Writers of America, Joanne writes cozy mysteries, paranormal romance, and inspirational literature from her home base of Guelph, Ontario.