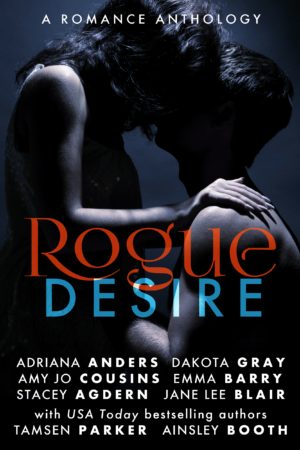 Paige Robinson didn’t hate people. Disliked them, yes. Disagreed with them, certainly. Could live a long, happy life without ever seeing or speaking to certain people, of course.

But the man she’d come to think of as Dick? She loathed him. Also wanted to f**k him into next week, but that was beside the point. Mostly she hated him. A lot.

Spin class was supposed to be her three times a week respite from the pressures of her busy job, her demanding boss, and her never-ebbing tension of working for an administration that would be delighted to put her out of a job and destroy everything she and her colleagues had busted their collective a**es to build. It was supposed to be an hour of nothing but sweating through her clothes, letting the pounding music beats silence her worries, and following her drill sergeant of an instructor’s orders That’s what spin class had been, until about two months ago when he had showed up.

Wearing the dude spinner’s uniform of cycling shoes, commuter shorts, and a T-shirt, he’d walked in, set up at the bike in front of her, and never left. It would have been fine. Better than fine, really, because he was just Paige’s type with his casually in-shape body—slightly veined forearms, muscular calves, and, okay, an a** to die for—and his beginning-to-thin-at-his-crown sandy hair. There was one thing that had transformed him from three-times-a-week eye candy and potential date to nemesis.

Why the man had to use himself as a walking billboard for his politics, she didn’t know. It’s not like she walked around wearing her Bartlet for President tee. Often anyway. At the farmer’s market? Sure. Doing laundry or chilling at her apartment on a quiet Sunday night? She’d have her HOPE shirt on, or one of her A Woman’s Place Is in the Resistance tanks. But here where it felt as though they were almost a captive audience, she wouldn’t shove her politics in other people’s faces.

Dick felt no such compunction. Today it was Stop the War on Small Business. Monday it had been Keep Calm and Fight Socialism. God knows what he’d be wearing to make her blood boil on Friday.

Paige could’ve moved, but this was her bike, dammit. It was the perfect distance from the speakers and the fans, she could see the instructor, and still beat the rest of the class to the showers when the sweat-fest was over so she wouldn’t be late getting to work. No way was she ceding ground to Dick.

She’d take the rage that still lingered from last week’s What Would Milton Friedman Do? shirt, and channel it into a hell of a workout while she fantasized about grabbing him after class, dragging him into a broom closet and making him service her on his knees, his curly hair between her fingers, face pressed between her legs, and explained to him why he was so very, very wrong about everything he believed.

If she wasn’t careful, she’d come on the bike.

When all else fails, find love.

Eight brand new romances for fans of the West Wing, fired-up #resistance fighters, and everyone who ever had a crush on that guy at a protest…

Veronica Cruz is in the fight of her life for a seat on the city council. Meeting reclusive finance genius Zach Hubler should be a stroke of good luck—he has the power to sway public opinion. But when Election Day comes around and things don’t go as expected, Veronica has to know: just how shady is the man of her dreams?

He’s an escort, but that’s not his biggest secret. She’s a maid at the hotel he uses “for business.” When their worlds collide, everything is put on the line. But indulging every secret desire comes at a cost, and the sins of the past won’t be forgotten.

All Kaz Shamsi wanted to do was get his college students to and from the DC protest without losing any of them Getting caught up in the fringes of anarchist violence was not on the agenda. Neither was a motorcycle escape, messing around with a bandanna-masked antifa protestor, or figuring out that guy was one of the students he was supposed to be chaperoning. Now he’s got a ten-hour bus ride back to campus ahead of him, with a stupidly cute student who makes terrible decisions trying to talk Kaz into making one more.

KISSING AND OTHER FORMS OF SEDITION
by Emma Barry

When a global crisis threatens to go nuclear, the world tips upside down and spills out Graham Wilcox’s unspoken feelings for Cadence Martel. Cadence is equal parts shocked and delighted by his confession, but one night of passion isn’t enough. So the new lovers set out on a road trip to save the world.

When First Daughter Caroline Crosby finds herself in possession of the one document that can bring her father and his administration down, she turns to a real life social justice warrior for help. Max Wilcox isn’t sure what to make of Caroline: is this an elaborate hookup or a political conspiracy? But he has to make up his mind fast because the information and their chemistry could change the world—or break their hearts.

MY DELIGHT IS IN HER
by Jane Lee Blair

When Leonard West chose the pastorate, his college girlfriend chose a life without him. But not wanting to be a pastor’s wife didn’t mean Kim Jones didn’t want to work for the greater good. Now, her resistance work has led her back to Leonard, and they must grapple with their old pain. Can they trust God and each other enough to try again?

Marcus Dane left the tech world and joined the National Park Service a decade ago. Now an intrepid reporter has tracked down the park ranger-who-could-have-been-a-billionaire and, even worse, she has a theory that could blow his quiet life to smithereens. He needs to send her packing. But he’s already tumbled head-over-heels in insta-lust with her flippy ponytail and smart mouth, and he just can’t seem to let her go.

Paige Robinson has been working out her angst about the new administration in spin class, until a handsome stranger with maddening politics harshes her mellow. Now she’s determined to get even…in the bedroom. Always awkward Carter Cox is shocked when his crush propositions him, but there’s no way he’s turning her down. Will their filthy assignation provide the catharsis Paige has in mind, or can they truly cross the aisle to find more?