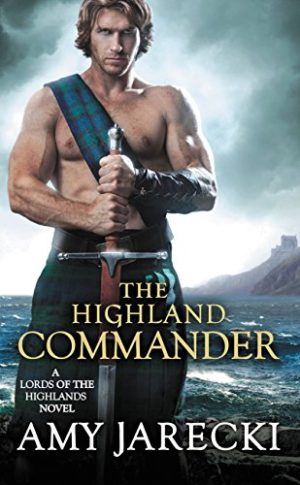 Aiden Murray is the second son to Duke of Atholl. He is the first lieutenant and master of the watch aboard the Royal Mary, a queen’s vessel operated by Scottish sailors. Having spent time with many Scotsmen, Aiden’s becoming sympathetic to their plight, which puts him in direct opposition of his father.

Lady Magdalen Keith (Maddie) is the illegitimate daughter of the earl William Keith. He is a stanch Jacobite who is accused of treason against the Queen, sending Maddie to London to plea for his life. The gifted harpist unintentionally catches the eye of the Queen, pulling her into the unkind world of her court.

Maddie and Aiden are both wonderful characters. They are both young and innocent (yes, they are BOTH virgins!), but life hasn’t always been what they would like it to be. As the illegitimate child of an earl, Maddie dealt with disgust and disdain her entire life. Although her father recognizes her and gives her the title of Lady, she is shunned by peers and her own stepmother. And don’t get me started on how she’s treated once she gets to London. It’s all very realistic and definitely unromantic. Yet, she remains kind and hopeful. She does whatever is needed to help her father and country. She’s got a spine of steal and heart of gold.

Being the second son of a Scottish Duke isn’t all roses for Aiden either. He’s content to be the hidden son, commanding a ship of Scots and living his own life. But Maddie has him completely befuddled, and watching her personal battles with the Queen’s court only strengthen’s his resolve to live a live different from his father. This creates an engaging character, one I’m interested in following.

As much as I enjoyed following Maddie and Aiden as they grew closer and explored their sexual chemistry, I had a couple issues. First, I felt like The Highland Commander was a bit too political for my tastes. I liked that the author wove actual history into the story, but I wanted more focus on the characters and their romance! Second, I had serious concerns about the events that take place while Maddie captured (leave this spoiler-free). It was too severe, and I seriously doubt Maddie would have had the fortitude to survive and then flourish after her release.

In the end, I enjoyed The Highland Commander, even though I had a few issues. I give props to the author for her attempts to make the story realistic, and for attempting to address the mental and physical outfall of Maddie’s incarceration and overall treatment. However, since I prefer my historical romances with a bit more fluff and less realism, I don’t know if I will continue the Lords of the Highlands series at this time.

She cannot resist the man behind the mask…

As the illegitimate daughter of a Scottish earl, Lady Magdalen Keith is not one to partake in lavish balls or other frivolities. Yet at her father’s urging, she agrees to dance with the battle-weary officers at this year’s holiday masquerade. It’s practically her civic duty! But when one such officer-whose dashing good looks cannot be disguised by a mere mask-sweeps her off her feet and into his arms, the innocent lass can’t help herself. Her lips are his for the taking.But will he betray his country for a kiss?

Navy lieutenant Aiden Murray has spent too many months at sea to be immune to the charms of this lovely beauty. Even after he returns to his ship, she lives in his dreams. But when he discovers Maddie’s true identity-and learns that her father is accused of treason-will the brawny Scot risk his life to follow his heart?

Reviews in the Series:
The Highland Duke by Amy Jarecki (Lords of the Highlands #1)