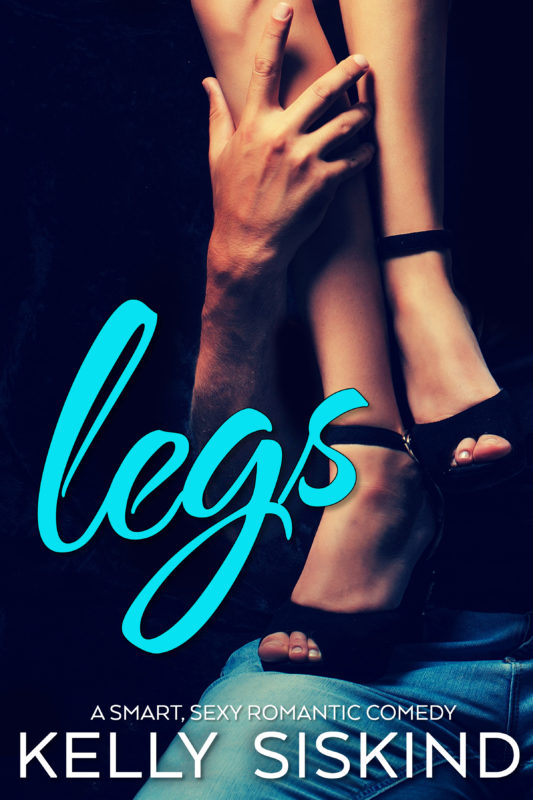 Running into your one-night stand is a special kind of awkward. Competing against him in a wine tasting contest is delicious torment…
On Rachel’s twenty-seventh birthday, she wishes to finally find a rewarding job. What she doesn’t wish is to drink a boatload of wine, sleep with a tattooed bad boy, and drunk email her boss in one glorious, career-ending move. But the fiasco pushes her to pursue a career inspired by her late father’s love of wine: sommelier.
Unfortunately, she’s competing against her infuriating one-night stand, a man as intoxicating as a Pinot Noir.
Two years ago, Jimmy was set to inherit his family winery. Then it got ripped from his grasp. To close that dark chapter of his life, he plans to win a local sommelier contest and use the press to expose his family’s tainted wines.
Jimmy loves studying the streaks of alcohol that cling to a wineglass, known as the wine’s “legs,” but other shapely legs are stealing his focus. Tantalizing legs. Legs that had wrapped around his waist for one wild night. Jimmy, sadly, has a weakness for legs.
He also hates to lose.
LEGS is a full-length, standalone Smart, Sexy Romantic Comedy with a swoony Happily Ever After. No cheating or cliff-hangers here! Perfect for fans of Christina Lauren, Avery Flynn, Alice Clayton, Emma Chase, and Lauren Blakely.

The last person I wanted to see walked into the restaurant, and I tensed.Her frantic gaze was forced to me, and the only three vacant seats. She searched the room in vain, the rounding of her spine a clue she wasn’t thrilled about her options. She looked out the way she came, squeezed her eyes, then squared her shoulders and marched toward me.

Part of me—the lower half—wanted to pin her to the wall with my thighs while I hitched that proper little skirt higher. The other part hoped she’d wandered into the wrong place. Not because our night together had been bad, or the fact that she’d disappeared without a trace. No. The thing that had the tendons in my neck bunching was remembering how good it all was. Too good and too much fun, and I’d imagined rounds two and three and four ad nauseam. But rounds always ended in a knockout punch.

This girl was nothing but trouble.

She paused at the table, drew in a long breath, mumbled something as she exhaled, then glared at the seat beside me and the ones across. She chose beside, probably to face the room.

The only reason we’d hooked up two weeks ago was because there were no names and no strings. She’d admitted how hard it would be for her to relax, how awkward she’d feel afterward. The relaxing part I took care of with one brush of my lips. The awkward was still alive and kicking.

What went down between us couldn’t happen again. Distractions over the next two months weren’t an option, and repeat affairs led to feelings, and feelings led to promises, and promises were nothing but lies dressed up to seduce. Not an outcome I was keen to revisit. Still, I couldn’t ignore her anxiety, as long as she wasn’t here because of me.

I leaned toward her. “You’re the last person I expected to see.”

She squished her lithe body farther from mine. “Kind of coincidental, don’t you think? Did you follow me?”

“I got here before you. If anyone is stalking, it’s you tailing me.”

Indignation colored her cheeks. “I didn’t follow you. I saw a flyer and thought the contest looked interesting, but you obviously read it, too. If I’d known you’d be here”—aggravation laced her hushed tone—“I’d never have shown up.”

“Since we’re both here for the contest, we can pretend that night never happened.”

Her face fell, but a beat later, she said, “Good,” nothing but ice in her voice.

I followed with “Great.”

So much for stamping out the awkward.

Kelly is the author of CHASING CRAZY, MY PERFECT MISTAKE, A FINE MESS, and HOOKED ON TROUBLE, the latter three being part of her Over the Top series. A small-town girl at heart, she moved from the city to open a cheese shop with her husband in northern Ontario. When she’s not neck deep in cheese or out hiking, you can find her, notepad in hand, scribbling down one of the many plot bunnies bouncing around in her head. She’s also an incurable romantic, devouring romance novels into the wee hours of the morning. 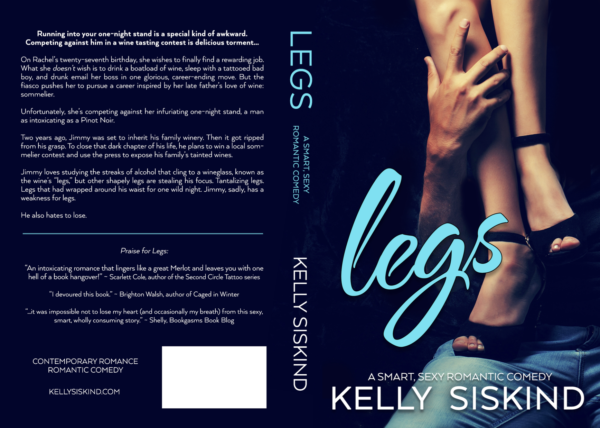