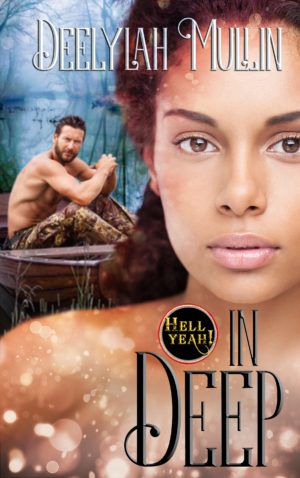 “What is it? Are you okay? Pull over,” Leona said as she reached for the steering wheel.

“No, I’m okay. I just realized that there’s a spirit in the dive shop. She keeps f*cking with me when I’m asleep. I’ve had scratches after some dreams,” Alphie admitted.

“I saw her arm earlier—when that bottle of water was supposedly a bad throw? Not the case. She knocked it to the floor.” A few minutes passed before she asked, “Do you remember the dreams about her? What are they like?”

“It was her. I’m not sure who she is—who she was—but she has a connection to you, or maybe to the dive shop. We need to be careful because she seemed powerful and if she unleashes herself? That might not be so nice.” Leona’s voice wobbled as she finished her statement.

As they entered the driveway and pulled around back, Leona said, “It might be best if we don’t talk about that topic while we’re here. If we can avoid it.”

“Got it.” But something in the back of his mind wanted to continue talking about the entity and how nice she was to him. Rather than make Leona uncomfortable, he buried that niggling feeling until he could examine it more closely, himself.

Something about the apartment attached to the dive shop bothered Leona. It wasn’t the space itself—it was something invading the space. That entity. Topic: off-limits. She knew she should keep her thoughts about the spirit neutral—or even positive—but she couldn’t help it. The ghost felt intrusive. A permeating sense of dread rested on her shoulders while they were in the apartment—especially when Leona was in Alphie’s bedroom, getting sheets.

“Do you feel it?” she whispered to him.

“Feel what?” he whispered back.

“It’s like a…a lead weight is pulling me down. My legs feel heavy, my arms feel heavy.”

He shook his head. “Nope.” He searched her face for a moment. “But I believe you’re feeling something.”

She smiled. “Thank you.”

He looked puzzled. “For what?”

“For believing me,” she said.

She stepped into his arms, abandoning her original task of finding sheets for her bed.

Broad palms spanned her back, making her feel small even though her five feet, ten inch frame would better qualify as a medium build. “You feel good against me.”

“I like you against me. I think I’d like it better if you weren’t wearing any clothes, though.” He laughed.

Leona pushed against his chest and stepped out of his embrace. “There’s some things that need to be done before that can happen. I need to set some protection charms before this feeling makes me leave the property.”

He sighed, and as his shoulders slumped, he said, “Is there anything I can help with? To make the process go faster?”

She picked up the sheets and took his hand, leading him from his bedroom, through the living room, and into her bedroom. Randomly, she said, “Your apartment is laid out like Joey’s on Friends,” as she set the sheets on the mattress and then squatted to retrieve items from her bag.

First, she withdrew the pouches Geneve had charmed. “These will give us protection from evil. The spell was pretty powerful—the only thing that could make it stronger would be hair from the person we wanted to be protected from.” She tied one around her neck, and watched as Alphie finished the task with his pouch.

“Next,” she retrieved a bundle of white sage, a candle, and a lighter, “we’re going to smudge the building—inside and out—to ward off the presence of evil.”

“Would that work even if the evil is in the building? Would it lock it in?” His question was a good one.

“Not in my experience.” She went on to explain where she lived and the spirits she dealt with regularly. “Thus far, I’ve been lucky and Madam Lulaurie hasn’t visited. My apartment is protected and the benign spirits come and go freely—sometimes much too freely.” She laughed.

“That has got to be weird, having a ghost show up while you’re eating breakfast or watching TV,” he said.

“Oh, the weirdest is when I’m in the shower. That just freaks me out—no matter what spirit it is.”

Leona Adieux wandered the streets of the French Quarter wondering what she would do with her life—what her next step would be. As a voodoo practitioner, she found a home in the accepting city. But she still felt unsettled—like something more was out there.

As he safety checked the last diving apparatus of the batch, Alphonse Rousseau wondered when he’d find the help he desperately needed to keep Rousseau Dive, on Bayou Teche, afloat. He couldn’t run it alone, and while he believed in all things supernatural, the odd feeling he had of being watched in the dive shop couldn’t be mere coincidence. Especially after the latest bout of rearranged product in the store. Maybe he should get someone over to check things out.

When Leona met Alphie the first time, she knew there was something special about him. Besides the physical attraction, there was a spiritual one, as well. He connected with her inner witch in a way no man ever had—even La Vendeuse Macabre owner and voodoo queen, Geneve Gabon didn’t reach her in the primal and powerful way Alphie did. But the dark presence in his shop—connected to the property, best she could tell—sets her on edge.

When the sun goes down over the bayou, critters aren’t the only thing stirring.

Deelylah has found her own happily-ever-after with Mr. Vampbard. He’s truly her knight in shining armor. Between them, they have three children…who are pretty much all grown up. She even has a son-in-law and a grandkitty…with the promise of a daughter-in-law and a grandson on the horizon.

Deelylah reviews for That’s What I’m Talking About as Vampbard.