Please welcome Tamsen Parker, who is here to talk about her new title, In Her Court, and the Camp Firefly Falls continuity. Sound interesting? Reading on…

School’s back in session and leaves are starting to turn. Technically it’s not autumn yet, but let’s face it. Fall is here. But if you feel like some instant nostalgia for warmer and more carefree days, or if you’ve always loved Dirty Dancing, have I got a series for you. Plus, you can even start reading it for free with Winning Back His Wife.

Gwen Hayes and Zoe York came up with the idea for a continuity set at a grown-up summer camp. Who hasn’t wanted to go back to their childhood camp as a grown-up? All the fun, none of the rules, and this time the girls’ and boys’ camps wouldn’t be on opposite sides of the lake. And so Camp Firefly Falls was born, with tennis courts, a luxe dining lodge, arts & crafts, canoeing, basically anything you could ask for in a summer getaway.

Set at a fictional camp in the Berkshires, the stories can be read as standalones, but reading the whole series is a great way to discover new authors. You know you’ll get the super fun setting of a grown-up summer camp, but every book will have a different theme like theater week, Scout Wars, eighties week, or an entire camp session based on the movie Grease. A few of the background characters will remain constant (like Michael and Heather Tully from Winning Back His Wife), but mostly the couples are all new so you won’t miss much if you start in the middle, skip around, or only pick out the books that look like the most fun to read. But trust me, these books are kind of like potato chips, and I bet you can’t read just one!

As an author, writing in a continuity is like getting to play in a sandbox someone’s already built, which is both fun because there’s less work to do in terms of world building, but also challenging—you need to work within certain constraints because someone else has already set the boundaries.

When Zoe and Gwen put out a call for the 2017 season, I knew I wanted to write in this universe. I was super excited when they accepted my pitch, especially because it’s the first f/f romance to happen at Camp Firefly Falls—on page, anyway.

Van and Willa are the heroines of In Her Court, and their story is an f/f twist on the older brother’s BFF trope with lots of dirty cosplay (you’ll never be able to think of Star Wars and Ghostbusters the same way ever again), and sexy times in a hot spring. Also, both of them are scientists (Van’s a physics professor and Willa’s a grad student in geology) who are working at Camp Firefly Falls over the summer.

Below is a brief excerpt from In Her Court, and I hope you’ll join us at Camp Firefly Falls! You can find out about all the books in the continuity and each of the authors who have contributed at the series website: http://campfireflyfalls.com/. 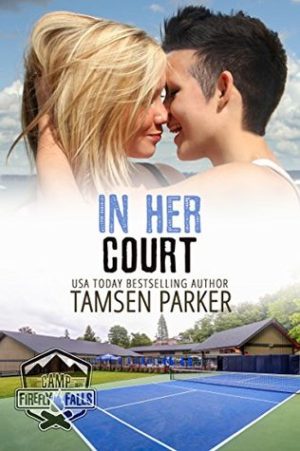 While Willa was in the bathroom, getting naked to change into the Princess Leia dress Van had ordered for her, Van distracted herself by cracking the pizza open and digging in.

Meg did a great job with the food, especially considering she had to cook for so many people and deal with a different set of dietary restrictions every week, but pizza was not her specialty. Or maybe it was and Van couldn’t appreciate it. Too fancy for her taste—Meg was always trying to put figs or some shit on it. Cheese. That was what was supposed to be on pizza. Maybe pepperoni, but not figs for god’s sake.

Van was about halfway through her slice when the bathroom door opened, and Willa stepped out, a vision in white. It made Van wish she’d gone for the slave girl bikini set…almost. Truthfully, while she’d love to see Willa’s muscular arms and taut stomach, the thing that killed her most was the look of raw delight on Willa’s face.

“Yeah.” Van had to clear her throat and refrain from stuffing the rest of her slice into her mouth to keep her from saying something far too honest. Keep it simple, stupid. “You look great.”

Willa twirled, and Van’s heart exploded like the Death Star. Why did she love making Willa happy so goddamn much? But she did. Made her feel like Emperor of the entire galaxy, except not in an evil way. Well, not super-evil, though she definitely wanted to do some naughty things to Willa.

“Except my hair. It’s all wrong.” Willa picked up a honey lock and looked at it disapprovingly. “Even I know Leia is not blonde, and there’s no way I can do those fancy cinnamon roll things she’s got on the sides of her head.”

“I could help you with that if you want. After we finish the pizza. Don’t want to get your hair all…” Van held up her hand, fingers slick with grease.

“You don’t seem like a hair expert. No offense.”

Right. Her own close-cropped ‘do wouldn’t inspire confidence. “Well, not on myself, but when I go to a comic con or something, it’s nice to be able to help the people I’m cosplaying with. So I picked up a trick or two.”

She shrugged, hoping against hope Willa wouldn’t see how much Van wanted to sink her fingers into Willa’s hair, twist and pin it into Leia’s trademark buns. Who cared if Willa was blonde? It was the spirit that mattered, right? Willa had the perfect mix of badass and beauty that Leia did. Also that regal bearing. Yep.

“That’s awesome. And yes, after pizza, because I’m starving.”

Then Willa was standing next to her, reaching into the box and pulling out a slice and bringing it to her mouth. Van couldn’t stop staring. When Willa looked at her after taking a bite, Van tore her gaze away so her cabinmate wouldn’t be able to tell all the filthy ideas shooting through her head like hits from a blaster. F*ck, she was in trouble.

Newly minted professor Evangeline “Van” Thompson’s academic dreams have turned into nightmares. She can’t wait to escape the pressure cooker of the university to spend the summer at Camp Firefly Falls with her bestie, Nate.

Unfortunately, Nate breaks his leg halfway through the season, and his little sister Willa fills in for him as resident tennis instructor. Van has fond memories of the blonde moppet, but when Willa shows up at camp, she’s not so little anymore. She’s grown into a bombshell and a menace on the tennis court—why do those skirts have to be so short, anyway?

Willa Carter has had a crush on Van Thompson since the third grade but Van’s always been more interested in hanging out with Willa’s older brother. Not much seems to have changed—Van’s managing the camp’s web presence while Willa rocks her tennis whites.

Camp will be closing in a few weeks, and Van’s barely spoken to Willa despite sharing a cabin. But when the two get thrown together to plan the last session of camp, s’mores might not be the only thing getting sticky and sweet before the season’s out… 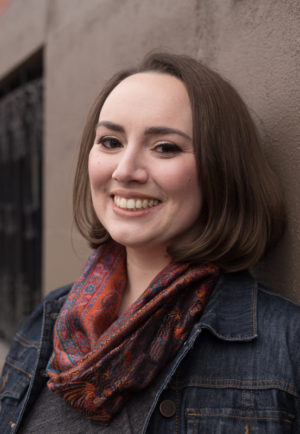