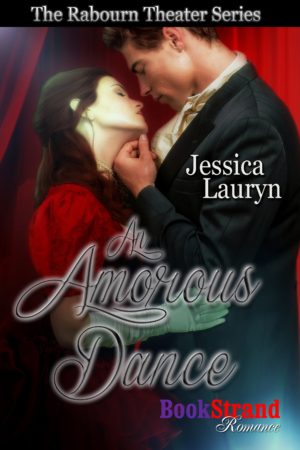 Unable to stay still, Hannah maneuvered her way around the surrounding obstacles so that she could pace. She’d been trying to convince herself that these flashes of memory didn’t mean what they appeared to, but the truth was that she’d always had her suspicions about the way her father died.

The doctors she’d spoken with had confirmed her father had a heart attack, but she’d always found it hard to believe that a man in his fifties—a man in excellent physical condition with no history of heart disease—would die suddenly, for what appeared to be no reason at all. Having felt this way from the get-go, she’d conducted a bit of research, from which she’d discovered that her father had had an argument with Bruce Lancaster prior to the start of her birthday dinner. The stress of whatever they’d discussed might have taken a toll on him, and for years Hannah had believed that a heated discussion with the theater’s former owner had directly contributed to her father’s death. But if the images she’d been seeing were real, maybe her father’s death had had nothing to do with physiology at all.

Maybe he had been murdered.

“Hannah?” Evan called out as he opened the door. Failing to flick the light switch, he made his way around, almost tripping over the settee in the corner before asking, “Hannah, are you in here?”

Hannah covered her tearstained mouth. She had no desire to reveal herself, but she realized before she could hide that Evan had already seen her. After hastily wiping her face in hopes that he wouldn’t realize she’d been crying, she snapped, “What the hell are you doing in here?”

“Me? What the bloody hell do you think I’m doing in here?” Evan demanded, squinting at the gigantic mushrooms behind his back, as if they were going to agree with how ridiculous her question was.

“You shouldn’t have followed me. I wasn’t thrilled to see that my cousin decided to stay in a show her former stalker is a part of, but…I’m a big girl. I can handle anything that’s thrown my way, Evan Masters, I promise you.”

“Hannah, you’re shaking,” Evan said, catching her arm and pulling her back to him before she could walk away.

As Hannah looked downward, she realized Evan had no intention of releasing her. His grip was strong, but his palm felt like melted butter against her skin. She attempted to laugh at him, but instead fresh tears formed in her eyes. Evan took her into his arms before she could stop him, bringing her against his body with a force that demonstrated he wouldn’t take no for an answer. Unable to fight him, or whatever it was he was doing, Hannah allowed herself to be drawn against his warmth. His lightly bearded cheek sent tingles up her spine as it brushed against her own.

Evan held her, cupping the back of her head as he urged her toward the settee he’d all but killed himself staggering over a moment before. As he whispered a couple of soft, indiscernible things into her ear, the familiarity of his masculine scent soothed her raw nerves. In her mind, she held an unpleasant picture of him about to kiss her cousin’s shoulders, but the present moment played right over it, and Hannah let go of her anxiety, allowing herself to simply feel, to let her lover from another lifetime make everything right.

Evan brought his fingers beneath her chin and lifted her head so she was looking into his eyes. His smile giving way to a smirk, he said, “I saw you, Hannah. I saw the way you were looking at me when I was holding your cousin. The heat in your eyes wasn’t there out of concern for Alicia, or even because you were angry about my going ahead with the play. You emitted that scream because you wanted to be playing Blair on that stage. More so, because you wanted to be the woman that I was holding in my arms.”

Her eyes widening as her body grew cold with fury, Hannah said, “Clearly the sky-high opinion you’ve always had of yourself has only gotten higher. You make it sound as though you actually think I could still want you after all this time, knowing that I’m fully aware of what a bastard you really are.”

“You may hate me on the surface, Hannah, but I daresay your body responds quite differently. You shiver when I touch you and your skin warms on contact because it wants more, just as you wanted more the night I carried you off to the dressing room and gave you the passion that both of us so desperately craved.”

“So apparently you aren’t just egotistical, you’re also certifiably insane. You know, you’re offered an extensive benefits package as part of the position that you cling to with the very balls of your existence. You ought to ask HR for a referral—clearly the shrink who ought to be treating Sebastian Nathanson has some extra time on her hands.”

Evan secured her in a grip that prevented her from running. Easing her back against the wall, he said with fire in his eyes, “Is this crazy, Hannah?”

When Hannah Rabourn, daughter of Rabourn Theater’s late owner, is attacked, a surge of flashes prompts her to consider that her father may have been murdered. Hannah’s antagonistic stage director insists her subconscious is merely seeking closure. But as she and Evan become close once again, Hannah’s suspicions about the past deepen, and she wonders whether the man she’s falling in love with for the second time knows more than he’s letting on.

Evan Masters’s dreams were shattered when theater-owner Baron Rabourn destroyed his budding acting career. Having forged an alliance with Rabourn’s former partner, Evan assumed a mission to transform Rabourn Theater into what it always should have been. Fellow conspirators believe Rabourn’s daughter is the key to power, and Evan is the means by which to achieve their ends.

But Evan’s feelings for Hannah are stronger than he believed. And when he realizes Hannah’s life is in danger, he must decide between his passion and his heart.