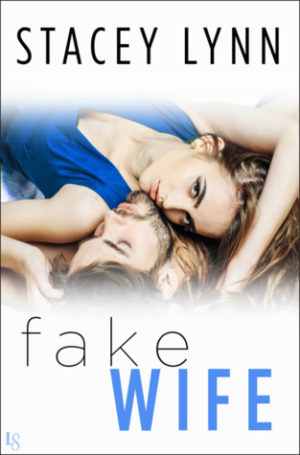 NOTE: I found out after my review was posted that the name of the hero was changed from Sterling to Corbin after the ARCs went out for review. Sorry for any confusion.

For seven years, Teagan has followed her boyfriend around the country while he finished medical school and worked on his internship. She gave up college and her own dreams to follow their dreams. Except… she was the only one all in. After losing her job due to budget cuts, she comes home to find her boyfriend in the middle of sexing up another woman. Knowing things were over well before this moment, Teagan doesn’t even want apologizes or excuses and just leaves.

Sterling comes from money and has been named Most Eligible Bachelor three years running. He just laid to rest his grandmother Eleanor, the one family member he loved and trusted. However, at the reading of her will, Sterling finds out his grandmother set him up – placing a significant condition on inheriting the land and home he loves (and subsequently saving it from his father who will tear it down in the name of progress). He must fall in love and get married within six months… and stay married for two years.

Fake Wife is a wonderful story about two lonely souls finding a perfect match. I absolutely love the fake-relationship genre. There is just something about playing love that always leads to finding true happiness, warming my heart in the process. Sterling needs a wife and while he isn’t looking for a someone to share his life with, he knows he can’t rely on the women in his social circle who will want more from him than two years wearing his last name. Meanwhile, Teagan is at the lowest point in her life, having nowhere to go and no one to help her. Fate truly does bring them together, and Sterling recognizes the win-win situation.

I like how Teagan is weary, but also just this side of desperate to listen to Sterling’s proposal to marry him for two years, providing for her and giving her $250,000. But she also recognizes right away that it’s going to be very hard to put her life on hold for two more years to stay in a love-less, sex-less relationship.

And what’s not to adore about Sterling? He’s hot and cold, but he’s a kind person. When Teagan rear ends him, his first instinct is to make sure she’s okay. And after a day of trying to make things work out so he can save his home, he recognizes that he’s thinking of himself and how to make the situation work for him, rather than considering what his grandmother really wanted – for him to be happy and fall in love. When he reflects upon his grandmother’s wishes, he realizes he must take her request to find love seriously.

Fake Wife is a fast read. I was sucked into the story of Sterling and Teagan from the start. From the way they meet after she rear ends his car, to their genuine personalities. Both main characters are likable, and with their hard luck stories… I want them to succeed. I like that the author gives both Teagan and Sterling many layers. They are both smart – they actually think about the impacts of their actions… think through the what ifs and try to make solid plans. Yet, that doesn’t mean they don’t let emotions get the better of them. However, instead of throwing tantrums and holding grudges, the characters give thought to why they feel what they feel, and come back around stronger.

Fans of feel-good romances need to get their hands on Fake Wife. Sterling and Teagan make the perfect pair, and against the odds, they find their way to love.

This marriage is strictly business… until the temptation gets way too real.

Sterling: I loved my grandma, but I don’t need her money. All I care about is keeping the house—the only place that’s ever felt like home. That, and screwing over my dad, who wants to turn the property into a mall. There’s only one catch: To receive my inheritance, I have to get married within six months. Me, the guy who’s never dated a girl for more than six minutes. Now I need to find a woman I can trust. So when I’m rear-ended by a Prius, I figure it’s a sign that I’m supposed to meet gorgeous, down-to-earth Teagan Monroe.

Teagan: First I lose my job. Then I come home and find out—in the most graphic way possible… yeah, that way—that my boyfriend is a cheating jerk. And then I speed off and nearly kill Portland’s sexiest bachelor. Sterling Lane should be pissed. Instead, he offers me more money than I’ve ever seen in my life to marry him and live together in a mansion for two years. No sex. No feelings. Just cash—enough to make all my dreams come true. Then we go and break all our rules… and I realize I’m falling in love with my fake fiancé.

“We’re going to be married, Teagan. Don’t you think it is your business to know what your future husband is doing, and where he is?”

She has a small carrot halfway to her mouth and freezes, looking up at me through her lashes at my words.

A blush heats her cheek, turns brighter than the peach-colored top she has on. And when she bends over, I see a hint of a matching colored bra.

F*cking hell. I want to tear her clothes off, throw her on the counter, and fuck her until she’s screaming her head off, and she’s casually chomping on fresh veggies.

“Teagan,” I say, my voice commanding. “Are you telling me you don’t care what I do? Where I go? Who I’m with?”

I’m prodding. Bordering on turning into the asshole she’s seen too many times, something truly uncharacteristic of me, but damn if I don’t want a reaction from her. And I do. Her jaw clenches and her shoulders pull tight.

She bites a carrot, chewing it like it’s hard as nails. “What do you want me to say?”

“I want you to ask me. I want you to be curious. That yeah, you want to know where I am when I’m not with you.”

I want you to care about me.

The reality slams into me, making my chest burn. I do. I want her to give a shit about me for more than a monthly allowance and an easy couple of years to start her own business.

I want her to want me more.

“Okay. So what kind of work do you do out at Cannon Bluffs?”

“You know that bed in your room there?”

“I built it. Started a company a couple years ago, been slowly refining the craft, growing local customers. Trying to expand it regionally.”

She freezes, a soft look passes over her features, and her gaze moves to my living room before slowly coming back to me.

God. Why does her approval mean so damn much to me? And yet the fear of not getting it holds me back.

“Have to do something other than be a playboy trust fund baby.”

“Don’t do that,” she says, shaking her head. “Don’t talk about yourself like you have nothing to offer anyone. You’ve helped me, given me a place to stay when I needed it, and you have really good friends who care about you. Plus, Caitlin told me you helped her.”

“It’s easy to help people when you have money.”

“Maybe.” She steps forward, hesitant little steps, and a pink spreads from her cheeks down her neck. God she’s pretty. If my plan was to find a normal girl to marry, I failed hugely. There’s nothing normal about Teagan. Her hand presses against my chest, a barely there glimpse of a touch, and before she can pull back, I grip her hand and hold it against my chest.

“It might be easy to help people if you have more money than God, Corbin, but you also have to have a heart.”

She’s making me lose it. The feel of her hand sears my chest like a branding iron and I want that . . . to be branded by her. Perhaps if I hold her hand to me forever, I’ll become the guy she thinks she sees.

A groan builds in my throat, the tension between us crackling, spreading, swirling around us, pulling us together, and I can’t help myself.

She’s all I have thought about for a week, all I’ve craved since I moved her in here.

I don’t want to think about contracts and pretending. I want to truly see what we can have.