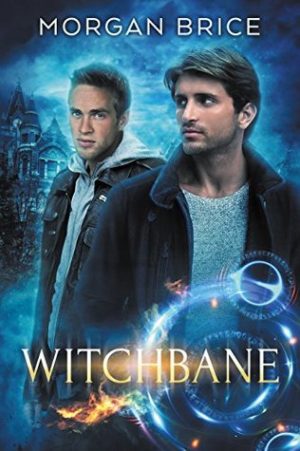 How the hell did I end up on a date with a cute bartender? Seth walked beside Sonny as they meandered around downtown Richmond. Still, being with Sonny felt comfortable, in a way Seth hadn’t felt with anyone in a long time. Maybe it wouldn’t be so bad to get to know one of the locals, blow off a little steam, and make a friend who might be able to help him find the elusive Jackson Malone.

Seth had spent all evening watching Sonny tend bar. Sonny was good at his job, helpful to the servers, and made the customers feel at home. He was also damn good looking, and his worn jeans pulled just right across his toned ass. So when Sonny started throwing signals, Seth responded, and suddenly the evening had taken an unexpected turn.

“What do you do for fun?” Sonny asked, making conversation as they walked. Seth knew that behind the casual questions, Sonny was trying to figure out whether taking Seth home was a good idea. Seth found himself wanting to make a good impression.

“I read,” Seth said, sticking as close to the truth as he could. “Watch movies. Action flicks, superheroes, that kind of thing. Play video games, when I have the time. When I got out of the service, I thought I’d take a little time off to see the country, so I’m finally taking the road trip I promised myself.”

“By yourself?” Sonny sounded torn between being impressed and concerned.

Seth shrugged. “I’ve got friends scattered around, from the army and before. So I drop in and catch up. But yeah, mostly by myself. Clears my mind, you know?”

I should just ask him about Malone, Seth thought. The clock’s ticking. If Malone is a regular, Sonny’ll know. Then again, asking the guy he might be hooking up with about another dude was awkward, to say the least. It’s not like I can say, “I need to protect this guy I don’t know from a dark warlock. Do you have his number?”

“You want to go get some coffee?” Sonny asked after they had walked for a while. “This place I know has really good desserts, and it’s a nice place to just sit and chill for a while.”

It had been so long since Seth had been on anything resembling a date that he wasn’t quite sure what to expect. “Sure,” he said, less because he wanted dessert than because he didn’t want his time with Sonny to end yet.

Maybe he’d misread the signals. He’d thought Sonny was interested in him. Like, interested. Not that Seth wanted to have a quickie in the alley behind the bar, but he hadn’t expected Sonny to want to invest time getting to know him. After all, Sonny knew Seth was just passing through. It’s not like there might be a relationship to build.

And yet, as Sonny led him to a cool little indie coffee shop with an Edgar Allen Poe theme, Seth discovered that he felt all right with taking it slow. He liked that Sonny wasn’t rushing things, focused just on getting into Seth’s pants. It had been a long time since Seth had spent time with an attractive guy just talking…and flirting. God, he was rusty. But Sonny made it seem easy. Somehow, just sitting and chatting seemed natural, unforced. And for the first time in a long while, Seth felt himself relax.

“If you want to talk sports, you’re out of luck,” Sonny admitted as they found a cozy alcove with two plump leather chairs angled for conversation. “I know the scores for the latest games because the TV plays in the bar, but I don’t follow any teams.”

“Thank God,” Seth replied, settling into his chair. “I’m better on cars and motorcycles if that’s your thing.”

“I’m not a true gearhead, but I had an uncle who ran a garage and I used to help out in the summers.” Sonny paused to drink his coffee. They’d each paid for their own, but Seth had overheard Sonny’s order. Chai latte. Fancy, but hardly flamboyant. Seth splurged and added cream to his regular coffee. It tasted as good as it smelled.

“I learned to do some basic repairs, more out of necessity than anything else,” Seth admitted. “I’ve got a long way to go before I can strip a car down to the axles and rebuild it…although I think it’s cool to watch someone who can.”

The conversation turned to video games, a passion they both indulged, and Seth enjoyed the chance to talk in detail about his favorites with someone else who had played them through. “We should so do a campaign together,” Seth said and wrote down his username on a napkin for the big multiplayer game they both enjoyed. On impulse, he added his phone number. His heartbeat spiked when he slid the napkin to Sonny, afraid he’d been too forward. But when Sonny tore off a part of the napkin and returned the favor—including the phone number—Seth relaxed again.

“It’ll be fun to campaign with someone I’ve actually met,” Sonny replied. “So many of the guys out there are total douchebags.”

Seth was about to agree when Sonny’s phone rang. “Sorry, it’s work. Gotta take this.” Sonny frowned at the distraction. He listened for a moment, and his expression morphed from annoyance to resignation. “Okay. Give me twenty. Thanks.”

He shoved his phone back into his pocket and looked up at Seth. “I’m really sorry. Eddie, the guy who was supposed to work the night shift, got really sick and had to leave. Liam can’t handle both bars himself. So…I need to go in.”

“That’s okay.” Seth tried to ignore his disappointment. Even if they didn’t end up in bed, he’d been enjoying the company. “This was fun.” Had Sonny set it up for a co-worker to call him with an out if the evening didn’t shape up the way he wanted? Maybe Sonny had been waiting for Seth to make the first move, and decided things weren’t moving along fast enough? Shit, how can I fuck up a date?

Sonny leaned over and put his hand on Seth’s arm. “I had a great time,” he said, making a point of meeting Seth’s gaze. “And if you’re still in town, I get off at seven tomorrow, too. If Eddie’s still sick I’ll make sure Liam has a different replacement. So come by if you want to try this again. Maybe go back to my place afterward, you know, Netflix and chill?”

“I’d like that,” Seth said, surprised at how warm Sonny’s hand felt on his arm. “Can I walk you back to Treddy’s?” Since he figured that they had both parked behind the bar, it only seemed right.

“Sounds like a plan,” Sonny agreed. They finished their coffees and headed out into the night. The walk back passed quickly, and Seth discovered he didn’t have to stretch to make small talk. Chatting with Sonny came naturally, and Seth felt a little sad to find them in front of Treddy’s so quickly.

“See you tomorrow?” Sonny dared to stretch up to brush a quick kiss over Seth’s lips. He had pulled away before Seth collected his wits enough to think about kissing back.

“Definitely,” Seth replied, hoping he didn’t sound twitterpated after the surprise of the kiss. Sonny shot him a wink and disappeared inside, and it took Seth another minute to realize he needed to move away from the door.

Seth Tanner and his brother Jesse’s fun evening debunking local urban legends ends with Jesse’s gruesome murder. Seth vows revenge on Jesse’s killer – too bad the murderer has been dead for a hundred years. Seth uncovers a cycle of ritual killings that feed the power of a dark warlock’s immortal witch-disciples, and he’s hell bent on stopping Jackson Malone from becoming the next victim. He’s used to risking his neck. He never intended to risk his heart.

Morgan Brice is the romance pen name of bestselling author Gail Z. Martin. Morgan writes urban fantasy male/male paranormal romance, with plenty of action, adventure, and supernatural thrills to go with the happily ever after. Gail writes epic fantasy and urban fantasy, and together with co-author hubby Larry N. Martin, steampunk and comedic horror, all of which have less romance, more explosions.