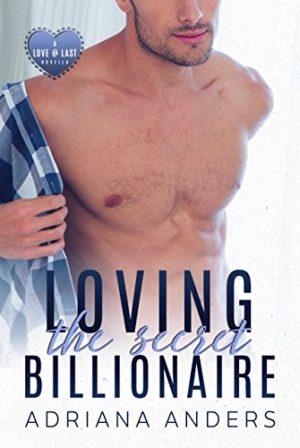 Loving the Secret Billionaire is actually a retelling of the same novella previously published as “Grassroots” in the Rogue Desire anthology earlier this year. Per the author’s notes, after its initial release, she realized that there was more to Zack than was originally apparent, thereby opening the door to a richer, more thorough version of Veronica’s story. While I wasn’t able to finish the original prior to this review myself, I think that the addition of Zack’s perspective did enhance the part of Loving the Secret Billionaire that I read.

The nature of the novella typically requires the abbreviation of various aspects of the story, and Loving the Secret Billionaire is likewise subject to those constraints. Though expected, yet certainly not a deal breaker, I’d have liked to see more of Veronica and Zack’s connection outside of the “Oh, my God” sex they have. I similarly wanted to know more about Veronica’s interactions with her students and their parents amid the political turmoil that fuels her desire to run for City Council. Still, the issues presented are undeniably relevant and thought-provoking, which is a considerable success on its own.

With regards to the two main characters, Loving the Secret Billionaire takes a different approach than most romances I’ve read. Veronica is a preschool teacher of Guatemalan descent, who has no political experience (nor access to the huge donations that seem to perpetuate the gross monetary imbalances that cause so many problems every election cycle), but is running for city council with the intention of representing those who would otherwise have no voice. Zack is a twenty-three-year-old financial genius who lost his sight in a car crash when he was a child, is afraid to leave his house, and is a virgin. There’s more to him than that, but more details here would take too much away from the narrative. It’s a unique pairing, which I was glad to see, and one that worked out very well in the end.

In a world filled with uncertainty as well as a much-needed demand for change, Loving the Secret Billionaire is a nice addition to a genre that means so much to so many readers. While unavoidably abbreviated in places, and despite the occasionally awkward dialog during some of the most explicit scenes, I found Loving the Secret Billionaire to be a hopeful, sweet narrative that won me over in the end. The next standalone (already published in the Rogue Affair anthology) will likewise be expanded and re-released, so I’m looking forward to seeing how O’Neal’s story turns out, too.

I was a shut-in for a reason. With too many secrets, too much to hide, and way too much at stake, I spent years in my mansion in the woods, never trusting a soul.

So, when a stranger showed up at my door, with her plans to save the world, I should have sent her away, like I’d always done.
But from the second she arrived, I couldn’t resist Veronica Cruz. She was all the things I’d been missing—passionate, generous, and so damned sexy.

I let her into my life, gave her everything—including my heart.
Now, the one thing she wants is the truth. The question is, will she still love me when she knows my secret?