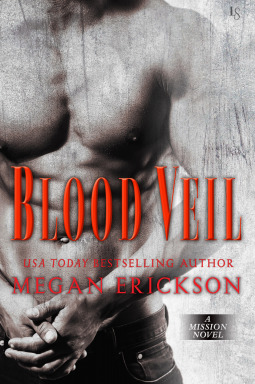 I wanted this. Even now, with both of us wounded and scared, my body reacted to the proximity of his. Those unusual yet kind eyes didn’t flinch from mine. No matter the shape he was in, and what was to come, he was going to do this for me. Well, I guessed it was a little for both of us.

Maybe this was why I’d avoided human touch my whole life. My body wanted a vampire. My heart wanted Idris.

I hadn’t ever dreamed of my first time being in a damp cell, but then I’d never imagined sex in a damp cell at all. The floor was cracked concrete beneath my feet, and the only light was a naked bulb above my head that cast a yellow glow over us. I still thought Idris was the most beautiful thing I’d ever seen. I couldn’t leave here without feeling Idris’s skin against mine, without knowing what it was like to be touched by someone who cared for me. Keno had cautioned me about Idris, and had said there was no camera monitoring the cell, so if I didn’t trust Idris not to hurt me, he wasn’t sending me in. So I knew we had as much privacy as we were going to get for at least a half hour. And I wanted Idris.

“Kiss me,” I said as I blinked back tears. “Then feed from me. Then touch me.”

He didn’t wait. He surged forward with surprising strength, and the chain attached to his wrist rattled as he crashed his lips onto mine.

I’d been kissed before, but it’d been a long time, and all other kisses had been teenage or drunken fumblings. I’d been missing out. His lips were soft yet firm, pressing against mine, demanding I yield, and yield I did as his tongue slipped inside to tangle with my own.

His hand gripped my neck tighter, holding me in place as he ravaged my mouth. I lapped at him with my tongue, and the tip caught on one of his fangs. The sharp tooth sliced my flesh, and I immediately tasted the tang of my own blood.

Idris froze, sucked on my tongue for a minute, and then pulled back. “Oh, f***,” he moaned. His eyes were whirling red and black like a shuffled deck of cards. His mouth hung open, his one fang red with my blood. I had a momentary spike of fear, before I calmed. “I need to . . .” He licked his lips, and his voice was garbled a bit. His shoulders heaved and his fists clenched like he sought control.

“Let go,” I said and curled my fingers into the hard planes of his hip, bracing myself. “I’m ready. You can feed.”

His eyes widened and flashed a deep red before he tilted his head and buried his face in my neck. His teeth sliced into my flesh, and I gasped at the white-hot pain, like a fire-stoked brand. Idris’s chest was rumbling, a cross between a purr and a growl and I blinked my eyes, my vision shorting out as I breathed through the agony of the bite. Would it be this way every time?

Then the pain faded, and taking its place was a pulse-pounding pleasure. Idris drank deeply, and the sound of him gulping my blood filled the tiny room. I closed my eyes as shudders racked my body. My belly warmed and heat pooled between my thighs. I clenched them together, but couldn’t stop the small moan from leaving my lips.

Idris’s grip on my arms, which had been soft, tightened with each drag from my veins. He was strengthening in my arms. I was doing this. My blood fueled him, and it filled me with a sense of wonder and pride.

He unlatched from my neck and licked at the bite, then lifted his head. I stared at the sight of him. The bruises and cuts on his face were gone. Vanished. He heaved deep breaths, his mouth dripping with blood as his eyes took in my face, his pupils pulsing with red light. He looked like he was going to devour me—but in a good way, a way I’d enjoy.

And f***, I wanted it. I wanted to be devoured. I swiped at the blood pooling at the corner of his mouth and it smeared. I couldn’t get over the awe of all this.

He kissed me again, and this time, the kiss was all vampire. A human couldn’t kiss like this with nipping fangs and fast tongue, and lips so strong, I could do nothing but surrender.

He cupped my ass and tugged me onto him so I sat astride his lap. The hard bulge in his pants rubbed right against my heated core and I whimpered. “It’s so intense, I—”

“I know, little one.” He tore off my shirt and threw it into the corner. “I’ll take care of you.”

He tugged down one cup of my bra and drew my nipple into his mouth. The heat of him, the way he swirled his tongue around the hardened bud, nearly drove me out of my mind. I rocked against him, seeking some relief for the churning in my belly, the bubbling in my veins.

“Take off your pants,” he growled at me.

He smacked my a** lightly. “You want to be touched, then I need to show you everything. Take them off.”

I stepped off him on wobbly legs, slipping my jeans and panties down over my legs, and taking off my bra, so I stood in front of him naked. He sucked in a breath and tried to come to me, but the chain on the wall stopped him. He yanked on it with a few muttered curses before lying down on the pallet and gesturing to me. “Come on.”

“Do you want your pants off?”

He grinned, all bloody fangs. “You first.”

I wasn’t sure what he meant, until he directed me to straddle him again, higher this time. “Up, little one,” he said, and licked his lips, eyes on the apex of my thighs. “I want to taste you.”

In the midst of supernatural chaos, worlds and hearts collide.

Celia: Having never known my parents, I’ve always felt like an orphan. All I want is a normal life. But after I’m attacked in my bedroom by one vampire—and rescued by another—it’s about time to give up on “normal” once and for all. Idris, the second in command of the Gregorie vampire clan, has come to my aid, but his motives for saving me are unclear. And what surprises me most is my attraction to his heated gaze. . . .

Idris: Terror. Curiosity. Arousal. These are the natural impulses of a human female, not the spawn of the ruthless Valarian king. Is it possible that Celia is unaware of her bloodline—and the power coursing through her veins? As the daughter of my archenemy, she was supposed to be my ransom. But how quickly the heat of desire changes everything. Now the family Celia has always craved is trying to kill her, and it’s up to me to save her again—when all I really want to do is make her mine. 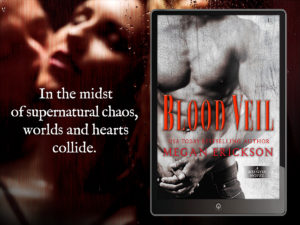 Megan Erickson is a USA Today bestselling author of romance that sizzles. Her books have a touch of nerd, a dash of humor, and always have a happily ever after. A former journalist, she switched to fiction when she decided she liked writing her own endings better. She lives in Pennsylvania with her very own nerdy husband and two kids. Although rather fun-sized, she’s been told she has a full-sized personality. When Megan isn’t writing, she’s either lounging with her two cats, named after John Hughes, characters or . . . thinking about writing.