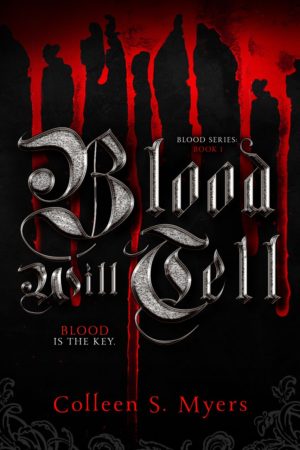 UNKNOWN CONTAGION: STAY IN YOUR HOMES.

What? Her stomach rolled, this time in fear. Isabelle bolted for her mother’s room.

She bounced onto Rosa’s mattress and shook her awake.

Her mother groaned and rolled over with a yawn, still in her work scrubs. “What is it, Isa? I was sleeping. You know Momma needs to rest after work.”

“Emergency Broadcast thing, Mom. Some contagion. Do you think I have it?”

Rosa sat straight up. “What? Don’t be silly. Let me see.”

They both scrambled off the bed and hurried to the living room. Isa grabbed the remote and turned up the volume. Meep, meep, meep blared in a shrill tone followed by a message.

This is not a test.

There has been a national emergency declared. A contagion causing mass casualties is being reported in Fayette and Allegheny County and worldwide. FEMA has been activated but response times are slow. Recommendations are for citizens to stay in their homes and await further instructions.

Again, this is not a test.

The message repeated twice then the screen reverted back to the local news.

“We live in Allegheny county, right, Mom? Are we at risk?”

Her mother grabbed her arm and tugged her back toward her room.

“Get your stuff, Isa. We have to go.” Rosa’s voice quavered but her hands remained firm as she guided Isa to the back of the house.

“Go where? The alert said to stay in our houses.” Her mother’s urgency caused her throat to tighten. What was going on?

“We need to get out of the city. I don’t like this.” Rosa cast worried glances from side to side, as if the disease would jump out and get them.

Unbeknownst to eighteen-year old Isabelle, her dad inserted a vital DNA sequence into her blood that made her resistant to the Immortalus virus, but unlocked other capabilities that prove to be the key to the war between the human and vampire race.

Colleen S. Myers was raised in a large catholic family in the outskirts of Pittsburgh, Pennsylvania where she grew up on Harlequin teen romances and stories from her mother’s days as a paramedic. She went on to attend Allegheny College majoring in Biology and English.

After college, Colleen spent a year in service in the Americorp giving back to the community at a local Pittsburgh Women Infants and Children Clinic (WICC) before attending Kirksville College of Osteopathic Medicine on a military scholarship.

Upon completing medical school, Colleen attended residency at Andrews Air Force Base in Maryland and was on base in Washington, DC during 9/11. She earned three meritorious service awards from the military. After serving seven years of active duty, she promptly landed a position at the VA to provide fellow veterans with optimum medical care. Still an avid fan of romances into adulthood, her love of the genre inspired her to hone her craft as a writer, focusing on contemporary romance and science fiction. Her background in medicine and the military provides an inspiring layer of creative realism to her stories and characters.

Her first book, Must Remember, the first book in the Solum series, is published by Champagne Press. The sequel, Can’t Forget, coming in June 2016, is the recipient of the 2015 RWA New England Readers Award.

Colleen currently resides in Pittsburgh, Pennsylvania with her husband and son, and spends her spare time writing. She is also working on a new contemporary romance.