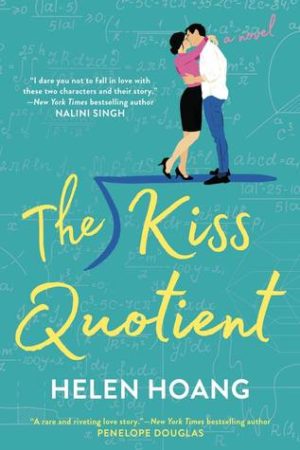 Since she is 30 years old, Stella’s very wealthy parents feel it is time she finds a man, gets married, and has babies. Stella has Asperger’s which comes with a multitude of socially awkward behaviors and difficulties being around other people, and her parents feel it is their duty to get her past it. Stella is brilliant, loves her job as an economist and is extremely successful, but she knows she is letting down her mother, which means she’s not successful.

Michael has been a male escort for three years, doing what he can to help cover his uninsured mom’s medical bills. His attitude towards sex has become sardonic, although he still enjoys it. But he is well aware that people just use him. So meeting Stella, who is completely honest about herself and her intensions, is refreshing. Plus she hits all of his hot teacher fantasy buttons. He knows their interactions can be only business, but when she asks Michael to teach her how to enjoy sex and be her pretend boyfriend, Michael’s head may say no, but his heart doesn’t agree.

What do you say about a romance between a high-functioning autistic economist and a hard-working sexy male escort? The premise of The Kiss Quotient is unconventional but beautiful because these two seemingly opposites are perfect for one another in so many ways. Right from the start, there is an attraction and common interests, which helps, but it’s the way that they interact that brings them together. Michael honestly enjoys Stella’s quirks and oddness that most find off-putting. He is kind and gentle, but never views her as a charity case or someone who needs to be fixed. However, his own self-view is dark. Because of his father’s actions and words, Michael feels he will never be good enough for someone as wonderful as Stella.

Stella knows she doesn’t always fit in, but she’s learned many ways to compensate and deal with her perceived idiosyncrasies. By spending her time with Michael, she learns that she doesn’t have to hide or be embarrassed. She grows and learns to give up some of the fears that rule her life. Together, Stella and Michael are so adorable and sexy, which doesn’t seem possible when she is learning from him how to kiss and enjoy sex! But via Michael’s eyes, she’s lovely and desirable… And Stella’s world is so real. I feel her anxiety without it overwhelming the story. I feel his desire and honest affection.

In the end, I absolutely loved The Kiss Quotient. It was just one of those stories that touched me right from the start. I connected with both Stella and Michael, feeling both their fears and successes along side of each. Ms. Hoang’s storytelling is emotional and honest, leaving me utterly satisfied and hopeful.

Stella Lane thinks math is the only thing that unites the universe. She comes up with algorithms to predict customer purchases–a job that has given her more money than she knows what to do with, and way less experience in the dating department than the average thirty-year-old.

It doesn’t help that Stella has Asperger’s and French kissing reminds her of a shark getting its teeth cleaned by pilot fish. Her conclusion: she needs lots of practice–with a professional. Which is why she hires escort Michael Phan. The Vietnamese and Swedish stunner can’t afford to turn down Stella’s offer, and agrees to help her check off all the boxes on her lesson plan–from foreplay to more-than-missionary position…

Before long, Stella not only learns to appreciate his kisses, but to crave all the other things he’s making her feel. Soon, their no-nonsense partnership starts making a strange kind of sense. And the pattern that emerges will convince Stella that love is the best kind of logic…