What would an audiobook be without a narrator? As part of Audiobook Month, we are interviewing some of our favorite narrators so you can learn a bit more about who they are and what they do. 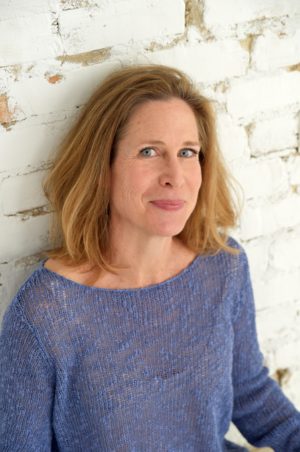 How long have you been narrating audiobooks and how did you get started?

I’ve been working in this industry for 20 years! I actually started out working as an editor. I had been a professional actor for several years at that point but it was the first job I could get in audiobooks. After about six months of that, I was hired to help run the new studio Books-on-Tape built in Los Angeles – there I did a bit of everything and got to start narrating.

I do a huge variety of genres and that is my favorite. I get bored easily so I like that I get to switch from one thing to another. Reading non-fiction I learn so many interesting things, but performing fiction is a fun emotional roller coaster ride.

You have worked on multiple-book series. Do you maintain the same voice for each character from book to book? If so, how do you keep track of dozen or so different voices?

Preparation plus maintaining files! When I prepare a book to record, I take meticulous notes. When it’s a series, I build on those notes from book to book. While I’m recording, I’ll edit out little samples of each character – even small ones, because you never know who might return in a later book – and I save these for reference. Since there can be a year or more between books, those sound files are precious to me.

What aspect of narrating an audiobook do you find most challenging?

The first day of a new book. I’ve noticed that I do a LOT of procrastinating on the day I need to start a new project. Clean the kitchen, weed the garden, make doctor’s appointments… anything to avoid starting! It always takes me a bit to find my rhythm, sometimes I even start over after recording for a bit. Once I get going, then everything gets easier. I just have to make myself get in there.

How do you prepare for a new project?

I read the whole book and take notes on all the characters and any pronunciation questions. Sometimes I’ll talk to the author to get her input. I’ll brush up on any accents, do the pronunciation research, print everything up and then… procrastinate.

If you could work with any author (living or deceased) and/or narrate any title, which would you select and why?

I’ve been thinking about doing a collection of Edith Wharton short stories for some time now. I’ve even done some research and started putting a list together. One of my first professional acting jobs was with Shakespeare and Company of Lenox, MA. At the time, they were based at The Mount, which was Wharton’s summer home in the Berkshires. The company did Shakespeare on the grounds and adaptations of Wharton stories inside. We’d perform the latter in a tiny space, so close that you could hear the audience members murmuring about the show. But it was magical to perform her words in her house (Autre Temps and The Other Two were the stories that year – I played a privileged young woman and an Irish maid). I even got to live in the house for a short time (it’s haunted, so I was actually glad when I got to move out to the “Stables” where the young company lived in the summer). Also, long before I found my way to audiobooks, I recorded a few radio plays, including one based on Wharton’s story A Journey. Female American writers who wrote what we’d consider classics are few and far between. I got to record Flannery O’Connor stories a few years ago for Blackstone Audio (another classic American author), I think Edith Wharton will definitely happen someday soon.

Thank you so much for participating in JIAM at That’s What I’m Talking About!

Karen White has been narrating audiobooks since 1999 with more than 350 titles to her credit. Honored to be included in AudioFile Magazine’s Best Voices, she’s also a three-time Audie Finalist and has earned multiple AudioFile Earphones Awards (most recently for The Last Ballad by NC author Wiley Cash) and Library Journal starred reviews.  Writing is her newest venture; her first short story will be published in an anthology from Blunderwoman Productions called Vintage Love Stories, and she hope to publish her first novel later this year.  Karen is a proud member of SAG-AFTRA. 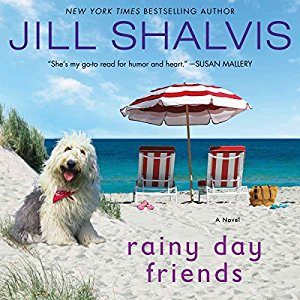 In celebration of Audiobook Month, Harper Audio has donated three (3) download copies of Rainy Day Friends (June 19th) by Jill Shalvis and narrated by Karen White. Ms. White notes, “It’s the second in the series, but it really works as a standalone.”

To enter, please fill out the Rafflecopter form AND leave a comment at the end of this post sharing with us one of your favorite narrator/author duos. The giveaway is open during the time specified on the Rafflecopter form. Winner(s) chosen at random from all eligible entries. This contest is open where not prohibited by law. Open to participants, 18 years or older, who are legally allowed to participate in such a contest as allowed by their local laws. All federal, state, local, and municipal laws and regulations apply. Void where prohibited. No purchase necessary. By participating in the contest, participants agree to be bound by the decisions of the contest sponsor. Prize will be delivered via a download link as provided by the contest sponsor. This blog, its reviewers, and the owner are not responsible for prizes. By entering this giveaway, participants agree to abide by these terms.