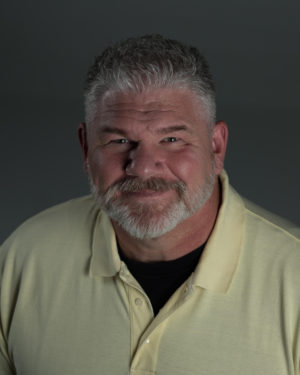 Honestly, that’s a tough question. I have so many. I truly enjoyed the Wisdom Of Walt books by Jeffrey Barnes, and I’m REALLY digging the book I’m producing now: The Deep by Michaelbrent Collings. It’s a horror/thriller.

For fiction titles, I read the book cover to cover, take extensive notes throughout and make decisions on character voices based on cues throughout the book. Sometimes I will chat with the author with questions about some pronunciations, etc. For non-fiction titles, I’ll do some of the same, except for character development. That’s generally not needed.

For fiction, it would be Michael Crichton. He was such a visual writer, everything he wrote was SO easy to picture in the movie theater of your mind. And everything he wrote was backed up by so much research, you know that it’s either a real thing, or something that is possible. For non-fiction, anything on Walt Disney – I’m a HUGE fan!

I’d love to recommend to everyone the Wisdom Of Walt books by Dr. Jeffrey Barnes. These (there’s two so far) books do a great job of helping you become the leader (in life, business, whatever) you want to be, and Barnes presents the information by using Walt Disney, Disneyland and Walt Disney World as excellent examples of how to achieve your goals. And, of course, the book I’m currently producing, The Deep by Michaelbrent Collings. It’s a horror/thriller title, but not straight up gore. It’s along the lines of something Crichton would have written, I believe. Masterfully written!

Al is a full-time narrator and voice actor from the sunny state of Arizona, where he works from his professional home recording studio. For Al, performing is passion. Audiobook narration was the logical career choice for him, as, since his earliest memories, he’s been a voracious reader, acting all the characters out in his head. Al prides himself on the ability to bring any character to life with his voice. He has recorded numerous audiobooks including the best selling memoir Out There: A Story of Ultra Recovery by David Clark; The David Finkleman Young Adult Fantasy Series by PK Burian; In The Abyss by H.G. Wells; The Wisdom of Walt by Dr. Jeffrey A. Barnes; Walt Before Mickey by Timothy Susanin and more. Al has trained with narration greats Sean Pratt and James Foster, as well as Fred Frees for character voices. When not bringing stories to life, he loves hiking in the desert with his wife and puppy – when it’s not TOO hot that is!