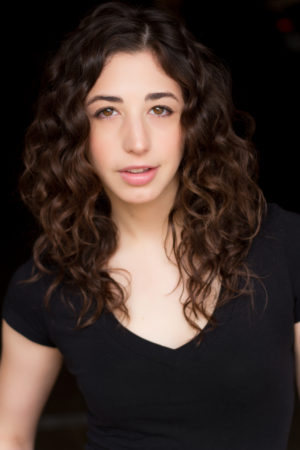 I work in all kinds of genres. Lately the bulk of my work has been in young adult, romance, and cozy mystery. If I had to pick a favorite, I’d say young adult. It’s what I read and listen to the most on my own. It’s also a lot of fun to narrate because young adults are much more expressive in their emotions and I love when things get super angsty.

I also act for film and television, though my main focus is audiobooks.

It’s hard to pick favorites, but I actually just finished narrating a book that I absolutely adored. It’s “You’ll Miss Me When I’m Gone” by Rachel Lynn Solomon, from Simon & Schuster. It’s scheduled to be released May 29th so just in time for JIAM! It’s a coming of age story about two twin sisters whose mother has Huntington’s, a genetic disease. They each get tested to see if they’ve inherited the disease. One tests positive and the other tests negative. The story follows them as they deal with their opposite results and try to figure out who they are in the face of this news. It’s a really special, unique story that I am honored I got to tell. I highly recommend it!

Well, if I’m dealing directly with the author, I’ll always ask them if they have an ideas or things they’d like me to know about the story. When working with publishers, we’re generally not put in touch with the author at all. While reading the book, I make a spreadsheet of all the characters and write notes about them to get an idea of who they are and how they might sound. After that, I just sort of jump in and start narrating. I can feel the story as I tell it and that informs my performance. Especially if it’s well written!

My favorite authors are Tom Robbins, Neil Gaiman, and Kurt Vonnegut. I’d love to narrate a Neil Gaiman book, but he does such a stellar job narrating his own!

Another title I finished recently that I really enjoyed working on is “August and Everything After” by Jennifer Salvato Doktorski. It’s about a band geek who joins a rock band and falls in love with the lead singer. It ended differently than I expected, but I really liked it. It was a different kind of love story and a great coming of age book.

Emily is an actor and writer passionate about bringing stories to life. Her greatest strength as a performer is her ability to bring herself to the role, creating a wide range of emotionally resonant performances that leap off the page, stage, or screen. Her favorite characters are complicated, conflicted, and still searching for their inner truths. Emily’s passion for her work is complimented by her persistence, resilience, and inexhaustible work ethic. She’s narrated more than 200 audiobooks and has also worked in film, television, and theater. Born and raised in New York, Emily moved to Los Angeles shortly after receiving her BFA in drama from New York University’s Tisch School of the Arts. She also had the privilege of living in London while studying at the Royal Academy of Dramatic Art (RADA). ​Emily’s greatest loves are acting and reading, so narrating audiobooks is a dream come true. Her other passions include traveling, LARPing, aerial circus, and chocolate.