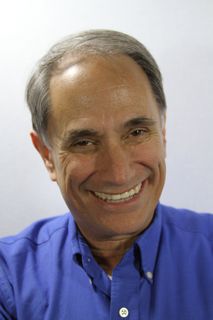 My favorite is the one I’m doing right now!

Yes, in VO I narrate elearning, and do character work on commercials. I coach actors.

I’m doing a series right now called “Dirty Deeds,” which is a mystery/crime series by the very talented writer, Armand Rosamilia. I’m also partial to two other series: Lost Tales of Power by Vincent Trigili and “The Project,” by Alex Lukeman. And I just loved working on “The Other Side of Everything” with narrators Lisa Flanagan and Katie Schorr. Recently, too, I narrated an 1870 journal of a trip to Yosemite by an early day professor of the Univ. of Calif. Fascinating story.

It depends on the genre, my familiarity with the subject, and issues like unfamiliar words, character arcs, and deadlines. I focus on the characters, so that I can get their voices right and compatible with each other.

It would be fun to do a John LeCarre novel.

I recently worked “The Other Side of Everything” for Blackstone Audio. It’s a murder mystery narrated by 2 other actors and me. Each of us brought a specific age and viewpoint to the chapters we narrated, and I think the work we did is brilliant!

Jack, a 5th generation Californian and native of San Francisco, majored in Dramatic Art at UC Davis. He went on to a career explaining the wonders of national parks (like Yellowstone and Everglades) as a park ranger, and then spent 20 years as a national forest public information officer in Montana, while acting on stage in community and university theaters. He retired from that and moved to Las Vegas in 2009 and discovered voiceover. Since then Jack has narrated 80 audiobooks, and won an Earphones Award from AudioFile magazine. He teaches at Las Vegas’ “The Voice Actors Studio,” specializing in classes introducing voice actor students to audiobooks, character voicing, and the recording/edit app “Twisted Wave.” Jack is a “Founding 500” member of WoVO, the World Voices Organization, and a member of the Audio Publishers Association. Jack is married to a UNLV geology professor, has two grown sons, and two grandkids. He’s held prisoner by two cats who have yet to issue ransom demands!