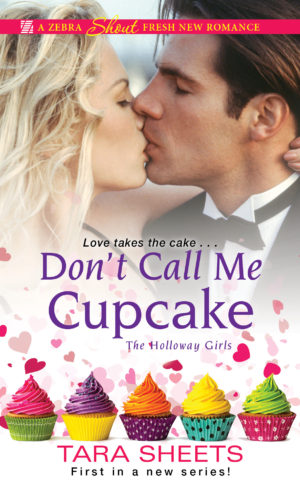 “You.” A woman’s voice called behind him, and he turned to see the cupcake girl marching toward him. She was still wearing that black-and-white frilly apron. With her blond ringlets flying around her delicate face and flinty sparks in her gray eyes, Hunter felt like he was about to be attacked by a sexy Goldilocks.

He searched behind him as she approached, to make sure she wasn’t talking to someone else. “Me?”

She stopped in front of him, a little out of breath from her march down the street. Her chest lifted and fell intriguingly over the white apron lace, but her rosebud mouth was pursed tightly and Hunter took a step back. He had seen that look on women before. Goldilocks was not happy.

“Yes, you,” she said through gritted teeth. “You lied to me. You’re not a tourist.”

“No, you’re not.” She stepped in close, grabbing the pastry box out of his hand. She peered inside and glared up at him in accusation. “And of course. You had to go and eat all three of them, didn’t you?”

He blinked. “But, I paid for them, remember?”

“Yes,” he said carefully. Maybe Goldilocks liked to spike her morning porridge. “They were delicious?”

“Ugh.” She stomped her foot and he tried not to smile. She was irritated, yes, but so damn adorable. Even if she was a little bit odd.

“You shouldn’t have eaten them because you weren’t being honest with me. You’re not just a tourist passing through. You’re the new owner of that.” She pointed to the empty waterfront building that would soon be his fancy new café and restaurant.

“Yes.” He held out his hand and gave her his best smile. “I’m Hunter Kane.”

She frowned back at him, ignoring his hand. “I know who you are. And you should have told me that before I gave you those Sweet Success cupcakes.”

“Because I own Fairy Cakes, and now your business is going to take away all my customers.” She looked so upset that Hunter felt a twinge of pity for her, even though she was being ridiculous. Competition was the name of the game in any industry, and restaurant ownership was no exception. “Look, I’m sorry you feel that way, but it’s just business. And why would my eating your chocolate cupcakes be a problem anyway? It’s not like I’m going to steal the recipe or something.”

“Ha,” she scoffed. “As if you ever could. My cupcakes are special, and everyone on this island knows it.”

“And now you’ve gone and eaten them.” She threw her hands up in the air.

Hunter frowned down at her. “Well, excuse me, ma’am. I thought that was the whole point of buying them.”

She jammed her hands onto her hips. “First of all, I’m twenty-five years old. Don’t call me ‘ma’am.’ Save it for old ladies with lapdogs.”

“Fine, Cupcake.” He shouldn’t have said it. He knew it. But something about her righteous indignation made him want to tease her. She gasped, her eyes narrowing on him like an angry feline. He was so dead.

There’s a very special kind of sweetness to life on Pine Cove Island . . .

Most families have a favorite recipe or two, handed down through generations. The Holloway women are a little different. Emma Holloway, like her grandmother before her, bakes charms into her delicious cupcakes, granting the recipient comfort, sweet dreams, or any number of good things. It’s a strange gift, but it brings only happiness. Until gorgeous, smooth-talking newcomer Hunter Kane strolls into her shop, Fairy Cakes—and Emma makes the mistake of selling him not one, but three Sweet Success cupcakes.

Hunter, it turns out, is opening a fancy new restaurant and bakery right on the waterfront—Emma’s competition. To make matters worse, the town committee has decided to split the upcoming summer festival contract between the two, forcing Emma to work with her nemesis. But she can’t afford to split her profits. The solution: create a recipe that will make Hunter leave town permanently.

The Holloway charms are powerful. But there are other kinds of magic in the world—like red-hot first kisses, secret glances, and the feeling that comes with falling truly, madly, inconveniently in love . . . 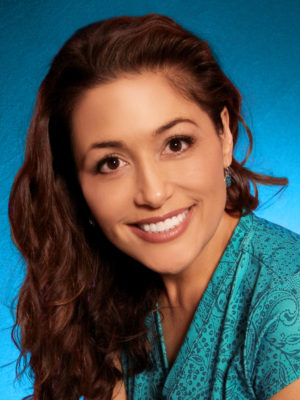 TARA SHEETS is an award-winning author of contemporary romance and women’s fiction. Her work has earned first place recognition in literary contests nationwide and her debut novel, Don’t Call Me Cupcake, won the 2016 Golden Heart® award sponsored by Romance Writers of America®. Tara began her career as an author in the Pacific Northwest, inspired by the rain and the misty mountains and the rivers of Starbucks coffee.  She now lives in the warm, wonderful South where she can stand outside with no coat on, and she finds that pretty inspiring too.  When not writing, Tara enjoys life with her book-loving family and a book-eating dog named Merlin. She is represented by Sarah Phair at Trident Media Group.