This month we celebrate the release of the first title: Siren’s Tide by Philippa Ballantine

Ianthe Liakos is a mermaid from a different dimension and between that and now working as a PI in the corrupt climate of Washington DC, she’d thought she’d seen it all. But when following a case leads down a trail of money that connects the murders of young political interns to a new paranormal threat, she realizes she must protect the next target.

The waters turn even murkier when Clayton Abernathy, a newly risen revenant fresh out of the grave, finds himself under the power of this new unnatural threat. Ianthe must hunt down this new threat to DC, while trying to keep her own identity safe. If the paranormal citizens of Washington DC found out that a mermaid has returned her own life and mission would be in danger.
And when it becomes clear that the murderer and Ianthe’s mermaid past are inexplicably intertwined, she realizes she may just be out of her depth dealing with this killer. 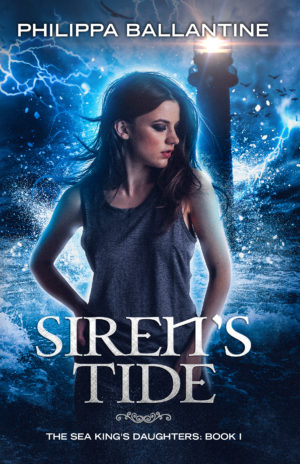 I hunted the young man into the setting sun, but I wasn’t the only one.

I ran behind him, my hair in a ponytail flipping at my back, headphones resting in my ears, but no music on to distract me. The sun was just creeping down behind the horizon of the Tidal Basin, but it wasn’t like we were alone. He probably felt very safe.

Plenty of DC’s citizens ran at this time in the summer. The heat and humidity made it unpleasant otherwise. However, my eyes were fixed on him alone. A good line of sweat ran down his well-toned back. He was the kind of guy that didn’t mind running shirtless, and I didn’t mind him doing it either.

If he looked over his shoulder for any reason I blended in with the humans. In this form I was small boned, dark haired, wouldn’t seem like much of a threat to a large muscular guy. As usual, I used that to my advantage.

Ahead the dome of the Jefferson Memorial glowed white against the ochres of the setting sun. It was a picture some of my fellow runners paused to catch on their phones. I didn’t dare.

Picking up my pace, I got closer, since the crowds were thinning out. The thump of my pendant against my chest served as a constant reminder to me; I was not of this world. I had a higher mission, even while chasing this smaller one.

I glanced over to the right where the cherry trees arched over the path some of their long limbs almost in the water. A gift from Japan to America over a hundred years before, they were glorious in the Spring, now their gnarled forms were somehow menacing. The shadows were deeper in there, and a prickle of heat ran over my shoulders. It was probably another supernatural. The District crawled with them. Only just under seventy square miles, the city still drew everyone to itself, and supernaturals were not immune to it either.

Some were easy to spot; the vampire lobbyists, the shifter working girls, or the ghosts of the dead treading the halls of the historic buildings. Others were not. Some even I would miss since they worked damn hard to keep their identities hidden. Like I did.

My fingers brushed the slice of onyx agate hanging from the silver chain around my neck. A gift from my father, it enhanced my greatest power, and reminded me of where I came from. So far from home I often needed that.

Mermaids were supposed to have disappeared, and with good reason the few who did return were careful not to announce it. If any other supernatural pegged me as one it would be trouble—the kind that would end in kidnapping and death. So even though the gentle slap of the water to the left of the runners sounded tempting, I wasn’t about to strip off and dive in. It would have made following this man easier for sure, since in the any body of water I was at my strongest.

If the worst came to it, I could always wrestle whoever followed this young man into the Basin. It was only about ten feet deep, but I could breathe underwater in my natural form. Outside of water folk, I didn’t know of other supernaturals who could do that. I was also plenty strong enough to hold a human down there. Mortal sailors thought it was only our singing that was dangerous—they’d left out of the legends our physical power. 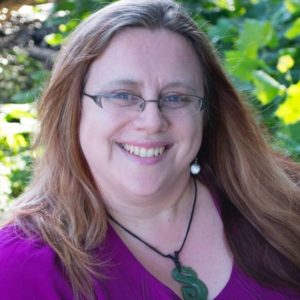 New Zealand born fantasy writer and podcaster Philippa (Pip) Ballantine is the author of the Books of the Order, the Shifted World series, and The Chronicles of Art. She is also the co-author of the award-winning steampunk series, Ministry of Peculiar Occurrences series with Tee Morris.

In non-fiction, Pip has co-written with Tee Social Media for Writers from Writer’s Digest. She currently resides in Manassas, Virginia with her husband, daughter, and a furry clowder of cats.