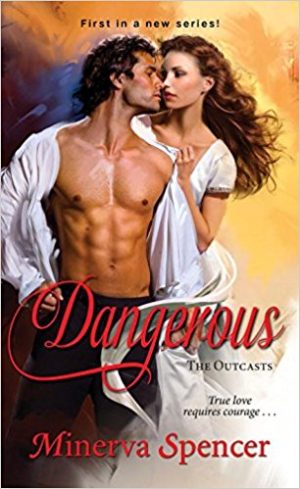 Mia studied the Marquess of Exley’s starkly beautiful profile. Would she be able to use him to get what she wanted? Something fluttered in her at the thought of manipulating him so coldly—her conscience? She shrugged it away. Men had no qualms about using women, sacrificing them for their own desires, like pieces on a chessboard. Based on the marquess’s callous attitude toward his daughters, he was no different. Her eyes lingered on his unyielding features. No, he would not hesitate to use her for his purposes.

He turned to her and Mia lowered her eyes under his probing look. His piercing intelligence was yet another danger. Again she shrugged away the concern. He might be smart, but she was smarter. He could look and wonder, but she would make sure he found nothing. She would need to manage him carefully, but she had years of experience handling a dangerous man.

“I am past the prime age to bear children. Does that not concern you?” she finally asked.

“My father will not wait patiently for an extended courtship.”

He did not smile or laugh, but, for some reason, Mia knew the comment amused him. She saw her brother’s red head bobbing through the crowd toward them.

“My brother is approaching. I’m afraid our time together is over.”

He nodded and stood. “It has been a most enlightening evening, my lady.”

An almost crippling sense of despair ballooned inside her at his dismissive tone of voice. So, Viscount Maugham would be her choice after all.

She accepted his proffered hand and stood. “It has been a pleasure, my lord.”

The marquess bowed low. “Indeed it has. Perhaps we shall see each other again before you leave town.”

The vague words caused her hand to clench around his. What did he mean by that? Would he call on her?

“Are you ready, Mia?” Cian shouldered between them and Exley released her hand.

The marquess favored her brother with the merest of nods and strode away.

“He didn’t do anything untoward, did he?” Cian demanded, turning to watch the other man leave.

He took her hand and placed it on his arm. “You look rather pale. Are you quite all right?”

He patted her hand. “Thank God that is over.”

Mia couldn’t help echoing his sentiment. The marquess was a clever, dangerous man and she’d begun their association with a lie, and not a small one. Part of her hoped she would never see him again. But another part of her mind—the larger, louder part—desperately hoped this was not the end between them. She had never been so attracted, so mentally and physically stimulated, by a man before. Not that she’d had many opportunities in the harem or the few weeks she’d lived in London. It might be foolish, but she would welcome the opportunity to engage in intimate caresses with such a man, not to mention pit her wits against his—just as long as she was far away when he eventually discovered her lies.

What sort of lady doesn’t make her debut until the age of thirty-two? A timeless beauty with a mysterious past—and a future she intends to take into her own hands . . .

Lady Euphemia Marlington hasn’t been free in seventeen years—since she was captured by Corsairs and sold into a harem. Now the sultan is dead and Mia is back in London facing relentless newspapermen, an insatiably curious public, and her first Season. Worst of all is her ashamed father’s ultimatum: marry a man of his choosing or live out her life in seclusion. No doubt her potential groom is a demented octogenarian. Fortunately, Mia is no longer a girl, but a clever woman with a secret—and a plan of her own . . .

Adam de Courtney’s first two wives died under mysterious circumstances. Now there isn’t a peer in England willing to let his daughter marry the dangerously handsome man the ton calls The Murderous Marquess. Nobody except Mia’s father, the desperate Duke of Carlisle. Clearly Mia must resemble an aging matron, or worse. However, in need of an heir, Adam will use the arrangement to his advantage . . .

But when the two outcasts finally meet, assumptions will be replaced by surprises, deceit by desire—and a meeting of minds between two schemers may lead to a meeting of hearts—if the secrets of their pasts don’t tear them apart . . . 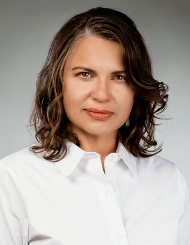 Minerva Spencer is a Canadian transplant who now lives in the mountains of New Mexico. She began writing in 2013 after closing her 8-room bed and breakfast (a subject she will never write about. . . ) Minerva has been a criminal prosecutor, college history professor, and bartender, among many other things.

She currently writes full-time and operates a small poultry rescue on her four-acre hobby farm, where she lives with her wonderful, tolerant husband and many animals.

When Minerva isn’t writing or editing she’s playing with birds and dogs or doing a little DIY.

DANGEROUS Minerva’s first book in her Regency Era trilogy, The Outcasts, will be published by Kensington Press June 26, 2018, and BARBAROUS, October 30, 2018.

Minerva is represented by Pamela Hopkins of Hopkins Literary Associates.