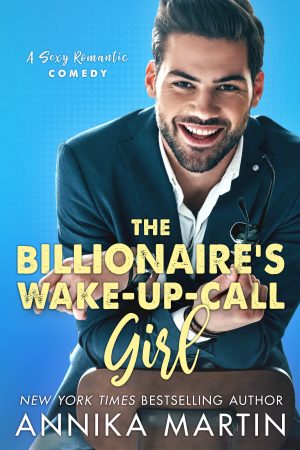 Lizzie has a few opinions about Theo, the reclusive CEO of the company where she works…

I’ve never met the notorious Mr. Drummond, but evidence of his a**holery is all around.

The employees here are fearful, as though they’re expecting to be fired at any moment, or maybe beheaded. The environment is sleek gray marble and steel, like an elegant and slightly futuristic prison. No outside decorations are allowed, not even in the deepest recesses of your cubicle.

Even the outside of the building is unforgiving—a mod gray concrete bunker with rectangular windows arranged in straight rows. A study in harsh geometry.

Mr. Drummond doesn’t like decorations, my manager Sasha told me once. Vossameer is about lifesaving solutions, not party streamers.

I’d brought a giant tub of home-baked frosted cookies to share my second day, and people nearly fell out of their chairs. It turns out we can’t bring treats to share. Ever.

This is a workplace, not a potluck, Sasha said.

I’ve gotten good at sensing the jerky DNA of Mr. Drummond’s statements, and I’m pretty sure that was one of them. Same with the party streamers comment. It’s something about the sheer jerkiness of it, and also, how Sasha changes her voice to sound breathless and intense.

Everyone here is obsessed with Mr. Drummond. They seem to regard him the way the ancients regarded the gods that controlled the weather and plagues. Angry and vengeful, yet glorious. Never to be spoken ill of.

Also, nobody talks about Mr. Drummond without using the word “amazing” at least once. Maybe that’s in the employee manual somewhere.

“Mr. Drummond is not the most sociable person in the world,” Sasha breathlessly informed me the day I started. “He has extremely high standards—for himself and for his employees—but his amazing breakthroughs save lives every day. The work we do to support him makes that possible.” And then she’d looked me deeply in the eyes and said, This is the most important job you’ll ever have.

I’d just nodded while making a mental note to stay away from any brightly colored liquid.

When our tyrannical CEO fires every wake-up-call service on the planet, what’s a lowly admin to do? I secretly start making the calls myself. But now they’re turning hot, and he’s scouring Manhattan to find me. No way can I let him discover the truth!