Hi everyone and take a good look at the new cover of SHOOTING STAR! 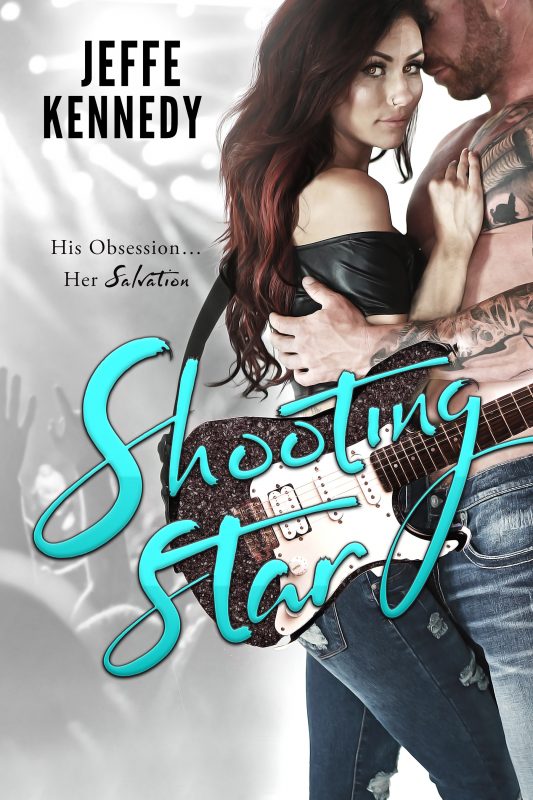 Jen asked me to talk about why I decided to re-cover this book, which I released in March. It’s kind of an interesting story.

When I decided to put this book out, I contacted the cover designer who did my the covers for my other contemporary romance series, the first three Missed Connections books. I had a very specific idea for the SHOOTING STAR cover, which I rarely do. Usually I leave cover imagining to the pros, because I’m much more of a word person than a visual person. In this case, I KNEW what I wanted: Ava’s face on a Times Square billboard, and Joe beneath, gazing up at her, faithful Arlin by his side.

I could see it in my head and I thought it would be fabulous. 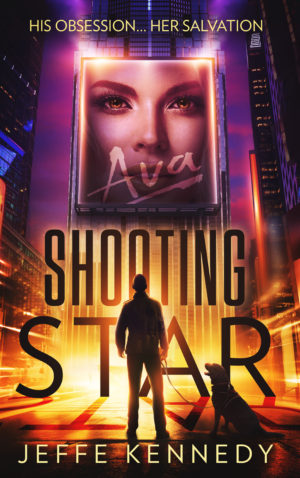 My cover designer, though, said it couldn’t be done. She had a long explanation for why the perspective wouldn’t work. She also took a super long time to reply to me, so I felt no qualms in going to someone else. I tried Damonza on recommendation from a friend, and wow! Were they fantastic to work with. Responsive, excellent value—and they gave me EXACTLY what I asked for. No quibbling about perspective. In fact, they nailed the look I wanted on the first draft and we only needed to do some tweaking after that. I highly recommend them.

Because it’s not their fault the cover didn’t work. I think it’s a gorgeous cover. So do a lot of people. However, the book hasn’t sold well, and I started to hear that some people think it’s science fiction. Something about the glow from the light above.

Now, covers are a funny thing that way. It’s the initial impression that makes tons of difference in catching a reader’s eye. Despite all logic, it’s less important that the cover exactly portray the story, than it is to communicate genre and type of story to someone encountering it for the first time.

So, all of this had been rumbling in the back of my mind, when I went to give a workshop at the SFF Conference put on by Southwest Writers. And I ran into Fiona Jayde, who was also giving a workshop there—on cover design. Now, Fiona and I go way back. We met at an RT conference in Chicago through a mutual friend, and ended up spending a super fun day together doing the architectural boat tour, among other things. Fiona gave a great workshop on cover design communicating genre and story, showing changes in sales when covers were changed. I showed her my cover for SHOOTING STAR and asked her what genre she thought it communicated—and she thought science fiction.

All my fault, really.

I suggested that maybe she could take a crack at a new cover and she accepted the challenge with enthusiasm. And here it is!

You can see that the “feel” is totally different. And, though I’ll always love that first cover, I think this one will work better to sell the story to new readers. If you read and loved this story, I hope you’ll share this out! I have an affection for Ava and Joe, so I’d love to see them reach more readers. 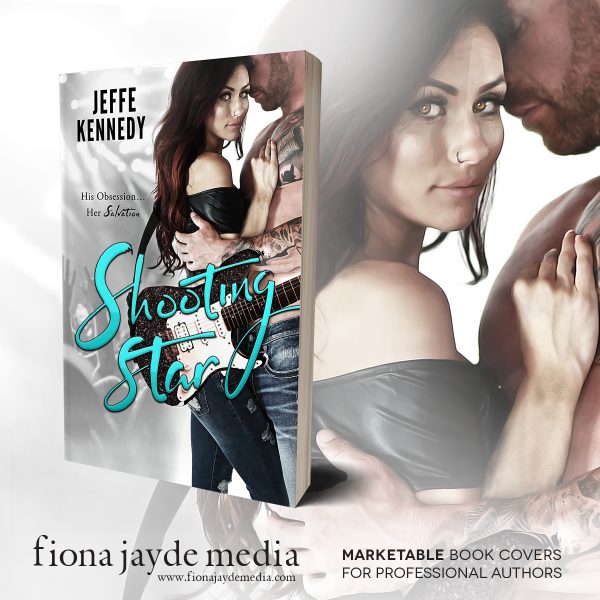